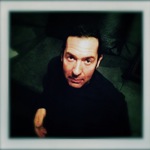 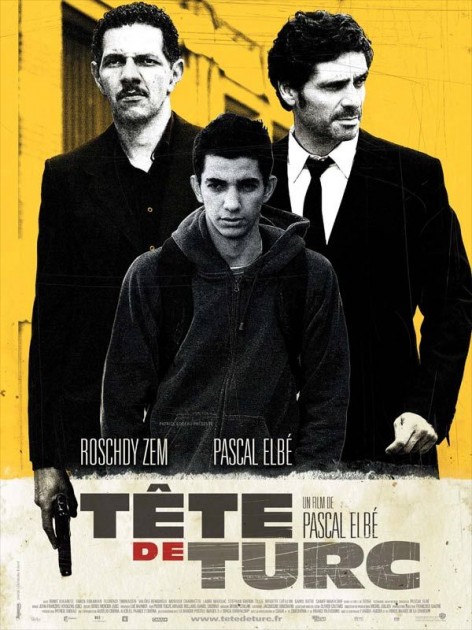 At the end of 2008, I was contacted by actor/screenwriter Pascal Elbé, who was in search of a D.O.P. to assist him in his first directorial effort. It was Roschy Zem who had told him about me after the shoot of Olivier Van Hoofdstad’s «Go Fast».

I began my preparations in January 2009. I was lucky to be able to shoot a lot of tests to find out and understand which visual approach Pascal had in mind. I understood that he did not want the visual style to be too realistic, considering the story is rather raw, with a script that is closer to the fratricide tragedies by James Gray than to the “comédie à la française” Pascal is usually expected to make. We soon agreed on the necessity to breathe «cinema» and «poetry» into the image. We had watched films such as Collision or We Own the Night together, but also taken a look at paintings by Edward Hopper…

The first important decision I had to make was whether we would shoot in 1 :2,35 or not. First I thought we should shoot the film on Super-35 with a Master Prime set that I had used several times before, because at that time I thought scope would be the obvious solution to meet Pascal’s demands. I thought it would help us establish the “non-realistic” approach the director had in mind, with somewhat abstract back- and foregrounds.

As a D.O.P. I had never shot a film in scope before. I knew that I would have to “get wet” a bit more than I was used to, because the majority of anamorphic lenses open at at least 2.8 (that is, four times more light than the 1.4 Master Primes), and there was also a problem of weight: the director wanted most of the film shot with a hand-held camera, which made the challenge even more complicated.

So I finally chose the Panavision C series for its definition, its fall off of focus, its weight and its response to flaires. We completed it with some long focal E series and an Angénieux 50/500mm zoom (a zoom that is exclusively for day exteriors – you’ll soon understand why).

After that there were extensive discussions between Pascal, the art director and myself: the action mainly takes place in the suburbs and we did not want to use the Paris suburbs only. So we opted for colour codes that would open up the perception of spaces and make them indefinable and dreamlike, rather than realistic.

Each space was examined and tested to determine the proper colour(s): green for Ronit Elkabetz, brown for Roschdy Zem, beige for Pascal. The director also felt like using cyan. So I used this colour regularly, even though I do not really like the Sodium mix (orange / green). That became apparent during the colour grading of the exterior day shots and notably for the entire ending, that is slightly dominated by cyan, emphasizing the tragic mood of the scenes and making the wasteland around the city even more unsettling.

We also chose a different approach for the beginning and the end of the film: a nightmarish beginning against a dreamlike ending. The nightmare ends when the protagonist wakes up…

After several screenings with the director and the producer, we opted for a bleach bypass treatment on the negative. Post-production would be “the old way”, i.e. 99% photochemical. So, there we would have one more problem… Still, a few days ago, I saw the first print from the internegative and I do not regret any of the choices we made, even if these choices had sometimes been difficult and awkward.

In films such as Go Fast or Banlieue 13 Ultimatum, I had already had the opportunity to shoot in the suburb, but here we are quite far away from the videogame/rap environment of B13U or of the surveillance camera treatment for Olivier Gourmet’s hideout.

This shoot also made me think about the DOP’s impact on the production budget. The film was very close to being cancelled (as happens quite often these days) and it is thanks to Pascal’s willingness and the support of the entire crew that “Scapegoat” got finally made.

Following the projection of the test shots, producer Patrick Godot announced that he would not be able to produce the film: about two weeks before shooting should start, he told us he was short of more than a million € to finance the 50 or so days of production. So a meeting was held with the heads of the various production departments at which Pascal announced that he was resolved to make the film, adding that it would have to remain true to what he had had in mind all the way.

What weighs on a production budget is time. Therefore, each tried to find solutions that would save time – and consequently, money. So I suggested to make the shooting script more “systematic”, using two cameras (especially for the action scenes). The idea was not to place the second camera wherever we could place it and then “steal” whatever was possible, but instead to find lighting and set solutions enabling us to place it exactly where we wanted.

On the other hand, considering we would want to shoot the film “whatever the cost and in DV if necessary”, I explained that the 35mm scope approach had nothing to do with aesthetic concerns, but with our will to create a different imagery for social suburban drama than what we had seen before (even if it was often very strong), and that this would probably considerably enhance the film’s chances of distribution (there was no distributor at that moment).

With the help of Alga Panavision’s Natasza Chroscicky, my assistant Julien Bureau made a realistic list of economies for the film and we used an Arricam Light and a 535 with C and E series. For the lighting, we did a lot of thinking with Didier Diaz to find a compromise that would be acceptable for everybody. William Gally, the gaffer I have been working with since Banlieue 13 ultimatum, for instance, suggested to use the Zap-Lights, light sources I did not know about and that are somewhat “out of fashion”. We used them for all the interior city shots and I particularly liked their ability to be both directional and soft, and have a warm tone that combines quite nicely with the green backgrounds. In contrast, we worked with fluorescent light for all the interior hospital shots to obtain a slightly colder overall tone. We also did the interior/days with Tungsten T12kw rather than working with the usual HMI.

As far as filters were concerned, I often used ND grads (sometimes three at the same time) to darken different parts of the image, as I would not able to intervene during colour grading.

As far as film stock is concerned, I presented several blind tests on different Kodak and Fuji emulsions, revealing the characteristics of each of them to help Pascal and Patrick Godot make a choice. We finally agreed on the Kodak 5219 and 5205 because of the colour saturation and the rendering of the skin.

We also discussed whether or not to shoot in the studio. Using natural backgrounds would seem obvious if we wanted to economize, but what we would have saved on studio cost would have been lost in shooting time and artistic choice! Half the shoot was planned in the studio, a piece of wasteland brilliantly transformed by Denis Mercier and his team. We shot 80% of the interiors there, which proved extremely cost-efficient. With Denis, we created several holes in the set in places which we thought would be the best to put the second camera. We hid them behind mirrors or tissue, but they could be made available for use in less than a few seconds, if we wanted.

I do not mean to defend the film because it was shot very rapidly and on a very tight budget. The film does not need that. My point is that particular conditions can prove very helpful and artistically stimulating if one is willing to think creatively about what one really wants to do and how it can be done within the actual and available budget limits.

Considering the wide variety of available formats to shoot on, we shall need to look into the equipment – camera formats, light -more thoroughly in the future for artistic as well as for economic reasons, both the DOP and the art director who are also responsible for staying within the budget, in order to achieve optimal cost-efficiency.

To many readers this may look obvious, but after working more than ten years as an assistant, this was an aspect that I had got used to neglect.

The film will be distributed by Warner and released on March 31st. I hope you will like it as much as I do. It is the first time that a piece of work can be called collective in this respect and in which everyone involved on and off set has given the best of him/herself, and I thank them all, my colour grader at LTC, Christophe Lucotte included. He did a wonderful job.

And, of course, all this thanks to Pascal’s exceptional talent to bring the right people together!