A guy from Liege, approaching his fifties, who became one of the several belgian DOP’s and camera operators known in the cinema world.

Jean-François Hensgens is of a playful, dynamic, clever, cultivated, sensible and cultivated kind. After spending years as an AC, then as a camera operator and DP, he directed his first feature “Tueurs” with François Troukens, produced by Versus Production (Jacques-Henri and Olivier Bronckart)

Our interview could have lasted for hours with this humanist, passionating and passionated by the others. He brings an artistic and technical view on our society.

A PASSION FOR THE IMAGE

How did your passion for the image grow ?

I studied photography in St-Luc, Liege, for three years. J.P Dardenne’s wife used to teach there. Even if I used to go to the movie theater a lot, I had no knowledge of the sets and in my family, nobody was into this industry.

I did both entry exams at the INSAS and the IAD but since I couldn’t do both I chose the IAD and was accepted there.

As I used to take photographs, the creation of images was very pleasant to me and I kept on watching movies. The world of cinema was interesting and passionating.

When I graduated, I started my career as a focus puller pretty quick and my first feature as it was “La Promesse” from the Dardenne brothers, under Alain Marcoen’s cinematography and Benoit Dervaux as camera operator. I worked as a first AC for a dozen of years and it allowed me to work on around fifty movies.

What was your first feature ?

I did my first cinematography for Donato Rotuno, a friend I met at the IAD, who produced a feature film in Luxembourg. Then I did another feature “In the dark place”, where he was the director.

You had the chance to shoot Halle Berry ?

It was “Dark Side” in South Africa, under John Stockwell’s direction, whom I had already worked with. It was a complex movie but fun; it is on that movie that I saw the birth of an idyll between Halle Berry and Olivier Martinez. 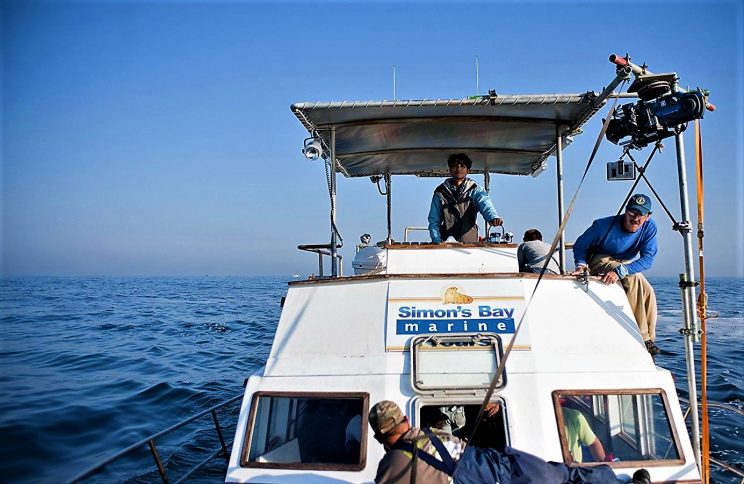 Shooting on a boat between two oceans, rounded by great white sharks was a challenge. An excellent underwater operator did all the shots in the ocean.

A nice adventure, greater than the movie’s quality 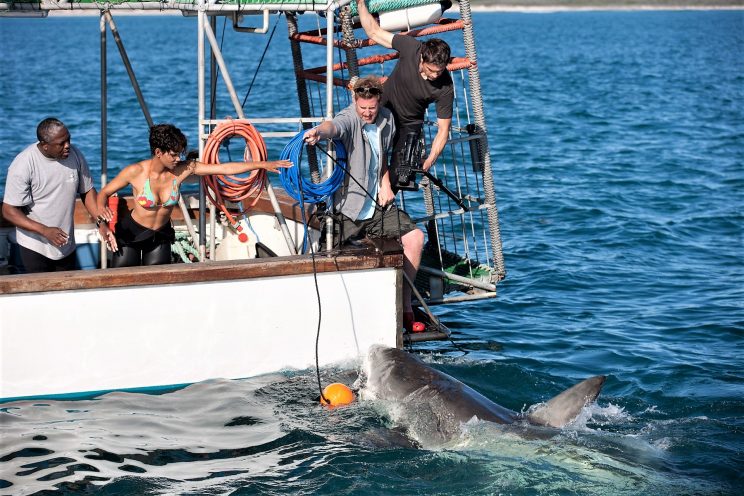 You are going back to the basis with Joachim Lafosse ?

It is our fifth movie together. “L’économie du couple” affected my a lot, personally. We shared the scrip stakes, the relationships between the actors, the humans’s complexity, the shades that we find by every human being.

It is Jacques-Henri Bronckart who got us together for “A perdre la raison” and we immediately sympathized.

We are continuing our collaboration for his latest movie, shot in Morocco with Virginie Effira and Kacey Mattet-Klein. The story is supposed to happen in Kirghizistan.

The topic: a difficult relationship between a mother and her son.

How did the switch to directing happen ?

It is J.H. Bronckart, a friend of mine for 20 years and whom I worked a lot with, who allowed me to meet François Troukens. François had asked J.H. Bronckart to produce a movie he wanted to shoot.

The producer introduced him a co script writer and he asked me if I agreed to direct “Tueurs” with François Troukens. J.H. Bronckart had already noticed my interest for the direction. To me, who always created the lighting and the frame, these parameters are part of the mise-en-scene. These elements get integrated in the direction process and everything is different on each movie. All the elements of a production are linked: the decor, the costumes, the make up’s, the props, … These parameters are also giving us a hint on how we are going to shoot the movie.

There are a lot of brotherhoods in cinema: The Dardenne brothers, the Coen brothers, the Taviani’s, these are couples working with complicity. How did you work with François Troukens ?

Back in my AC days, I discovered how the Dardenne brothers worked. While one is standing on the set, by the camera, the other one is standing back, in the video village. And they change the roles for each scene.

With François Troukens, we couldn’t work that way. There was a complementarity. François knew exactly how to drive a robbery and I didn’t know anything about it.

On the other hand, my 25 years of set working experience was a plus for the production.

I can put things together, do the decoupage for a scene or decide when to make a long take. I can also choose what to show and what not, and use the off scene.

This is familiarly to me due to the directors such as Jacques Doillon, Olivier Assayas and mostly Jean-Pierre and Luc Dardenne that I could observe. Also due to all the ones I worked with as DP, such as Dominik Moll and Joachim Lafosse.

Without the approach to the directing space and François Troukens’s experience, I would never have been able to direct a movie like “Tueurs”. The observation feeds, enriches, and then everything becomes intuitive.

We start forgetting what we know and a personal touch appears.

You have to see films and direct.

In my opinion, experience and time are essentials in order to become a director. 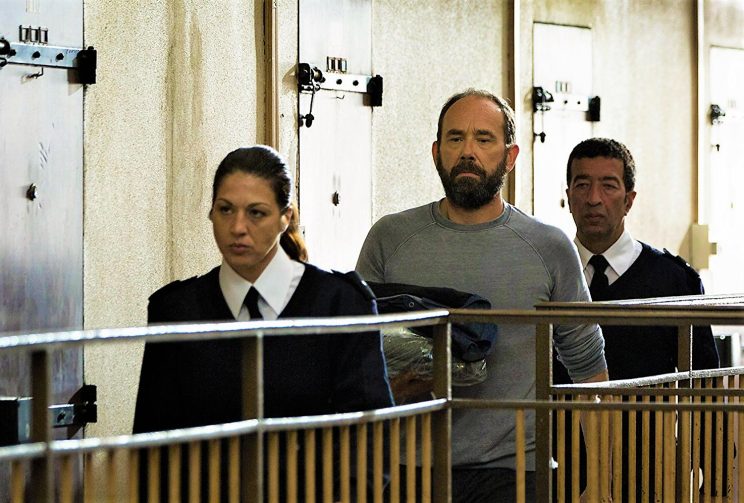 Olivier Gourmet in “TUEURS ” by François Troukens and Jean-Francois Hensgens

Did this experience make you want to direct again ?

I really hope that I will have the opportunity to direct a movie again. I did evoke to idea of one with J.H. Bronckart. I don’t share Bruno Nuytten’s point of view on the topic though. He chose not to continue his work as a DP.

To me, it is just as interesting to work as a director or as a cinematographer.

“Tueurs” offered me the ability to get involved on the set where I was also the DP. François took an important part during the sound editing and the observation of the action scenes.

We worked with three cameras and I operated with a MAXIMA, a system that allows mobility and stability, without the heaviness of a steadicam or a dolly. It is another stabilization system like the Stab one but it was created by Arri and it allows for heavier camera set ups and in my case, to use anamorphics, which are heavier than sphericals.

The Maxima is perfect for long takes due to the fluidity of the movements that it creates. Directing, just as the cinematography and the framing demands precise work. It is not given, it comes with the experience of set working. 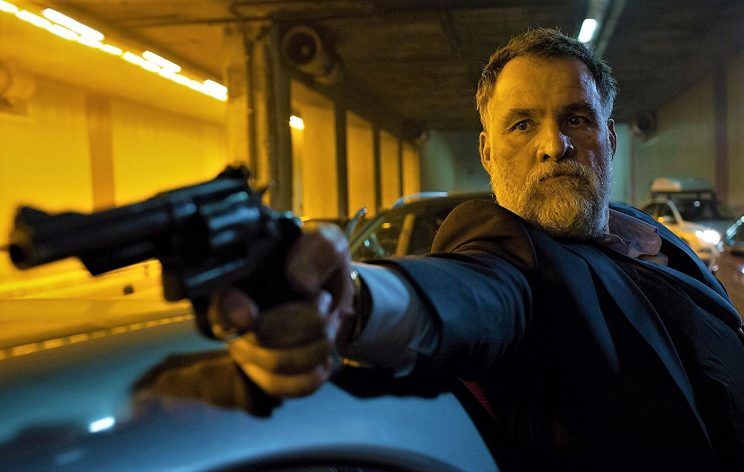 Since “Tueurs”, I already went back to my job as DP.

I have worked on two comedies: “Spirou et Fantasio” from Alexandre Coffre and “La Finale” from Robin Sykes with Thierry Lhermitte.

All the directors I work with are usually listening to the ideas that the DP can bring; then, they can work with these ideas, or get away from them. In any case, the director stays the captain of the boat. 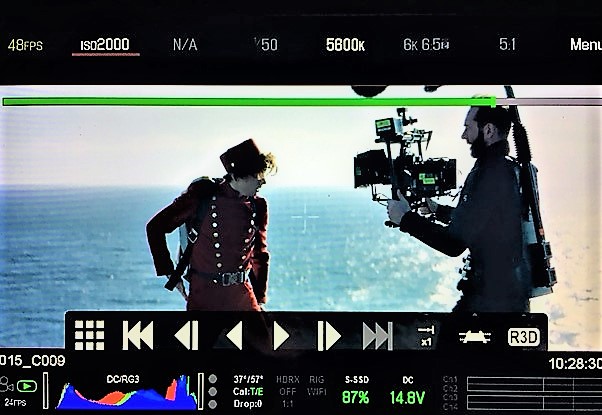 In january, Jean-Francois Hensgens will turn fifty and he will be done with “Continuer” from Joachim Lafosse in Morocco on December the 15th

We wish him to continue his work both as a DP and Director.