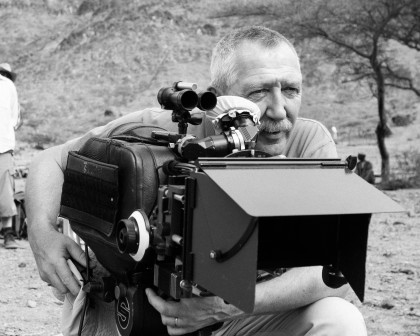 He is widely know for his classic soft but dark lighting style and his fine attention to the global image of a film through the use of set and costume design. But also for his commitment to the story telling of films, as he puts it himself ” the camera is just a means to that end, the story”.

As a tribute to his career the Ostend Filmfestival presented him with an honorary Ensor award for his achievements. He was joined at the ceremony by many of his close collaborators and directors.

with thanks to Ritcs, Film Festival Oostende