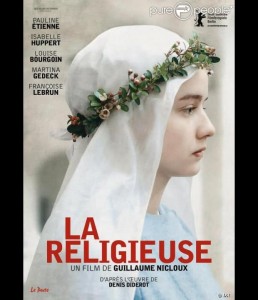 Suzanne Simonin describes her life of suffering in letters. As a young woman she is sent to a convent against her will. Since her parents cannot afford the dowry required for a marriage befitting her rank they decide she must instead become a nun. Although a kind and understanding Mother Superior helps her to learn the convent’s daily routine, Suzanne’s desire for freedom remains unabated. When the Mother Superior dies, Suzanne finds herself faced with reprisals, humiliation and harassment at the hands of the new Abbess and the other Sisters. For many years, Suzanne is subjected to bigotry and religious fanaticism.
Denis Diderot’s novel has been adapted for the screen several times. In 1966 Jacques Rivette made a film version with Anna Karina and Liselotte Pulver so daringly critical of the church it was temporarily banned by the French censors. Guillaume Nicloux however concentrates on the fate of a young woman pitted against a merciless system which crushes the individual. His film gradually divorces itself from the circumstances of this particular story to describe a universal drama.

This is my second collaboration with Guillaume Nicloux and hopefully not my last! I take great pleasure in working with him. He often looks at situations in a different way, so this forced me to find new solutions. Under his leadership, I got rid of what was abundant, it helped me get to the point.

Guillaume did not want to make a regular period film, despite the lavish sets and costumes that Olivier Romand Radot and Anais had prepared. So we messed it up in the way we shot and lit it. 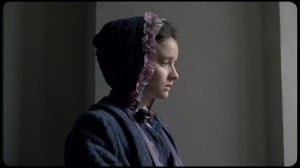 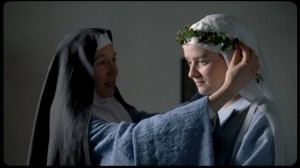 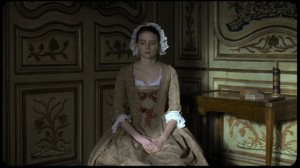 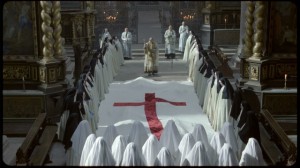 The cast, both female and male, is surprising, Guillaume did an exallent job in that regard. Pauline Etienne, “The Nun,” I was amazed by her simplicity, her strength, her dedication, her beauty has inspired me.

As the film was co-produced by France, Germany and Belgium, I could take with me my first assistant camera Sylvain Zambelli, with whom I’ve been forming a team for a few years now. Michel Vervloet, key grip with whom I started out in the business, represented Belgium and I had the pleasure of working with Stephan Rother, from Germany, an excellent chef electrician who assisted me beautifully.

Vantage and Gerichke, were teamed up to offer a grip and electric package. I was well advised and served by them.

Guillaume, to my delight, fought for a 35 mm shoot. So despite our budget we were able to shoot Super 1.85, 3 perf.

The DI was done in the well equipped suite of Mikros Liège. Richard Deusy followed the film from beginning to end. He found the right color spaces so that the 35 mm gives all its subtlety of textures, colors and blacks. We timed the image in a natural way while accentuating some colors.

The film was selected in the official selection at the Berlin Film Festival. 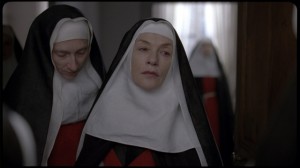 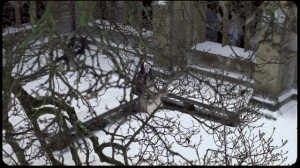