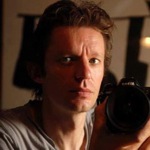 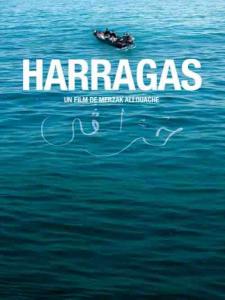 Director Merzak Allouache was referred to me by Véronique Zierdoun ( Libris film) with whom I had previously shot two feature films. Merzak was looking for a dop who would be able to shoot a fictional story set in Algeria in a documentary style, with very little technical recourses and who would be foolish enough to go out and shoot on the open sea in winter time. I had never done it before, so I wasn’t to worried and just went for it. From the beginning Merzak had the idea of shooting in HD, he hadn’t used it before but heard a lot about it.

Harragas tells the story of a group of men and women who desperately want to leave Algeria by crossing the mediterranean sea in a barge. Merzak wanted to shoot the film handheld to get really close to the characters and to capture the reality of it all. We shot the part telling the preparation of the voyage in Mostaganem, Algeria in december 2008. And in order to take advantage of funding by the Languedoc Roussillon region we shot the open sea sequences in january 2009 near Sète. When we spoke to local fishermen or anybody who knew the conditions well, they all said that shooting on the open sea in January was not a good idea. We would face the risk of having a rough sea and not be able to go out .. in a barge with 10 people in it. 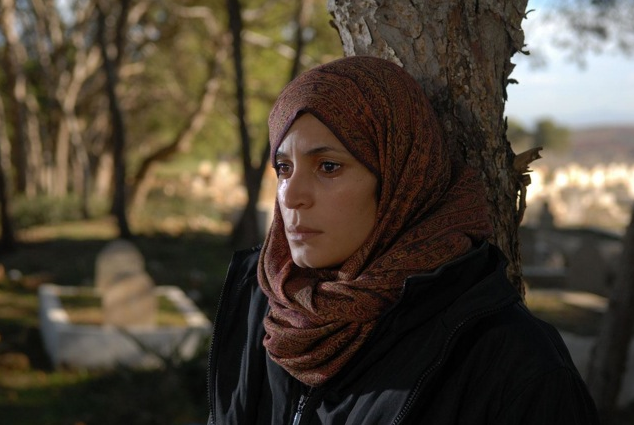 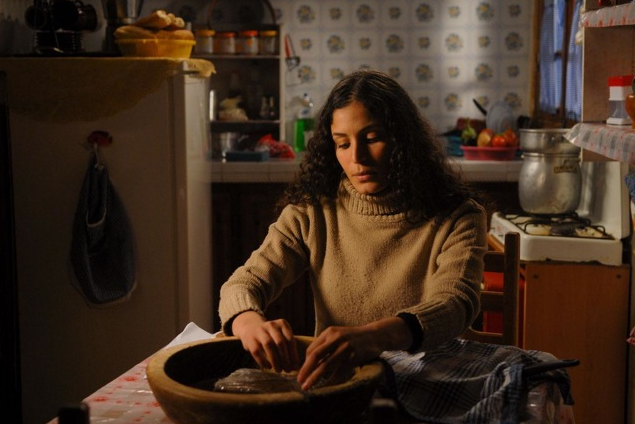 I decided to shoot, for the first time, on the Panasonic HPX 3000, using P2 cards. A well build camera, and with good sensitivity using the Digiprime lenses. The P2 cards were easy to use, and were offloaded using an Avid hd that was shipped to Algeria, so the editor could start editing on site as we started our second week of shooting. Phillppe Akoka of Film factory was in charge of the offloading and supervising the post production. 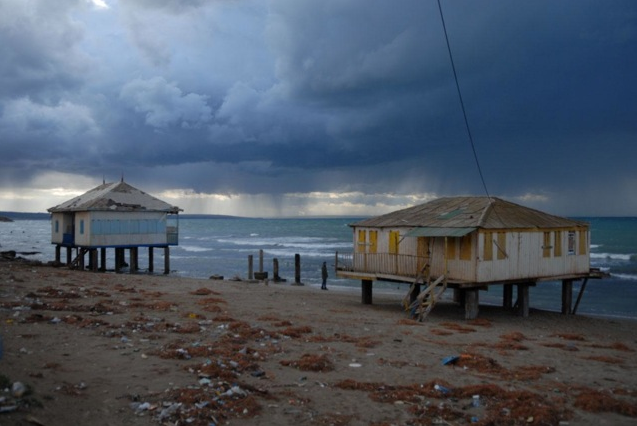 The shoot in Algeria went really well and I was able to take Juliette Castagnier, a very good focus puller, and Cyran Van Den Hove as gaffer with me. We were joined by two local electricians and one grip, who were all wonderful to work with.

We were able to take advantage of the bad weather we experienced during ¾ of the shoot, dark skies, rain, snow ( for the first time in 50 years) and above all a rough sea. We were a bit scared the first time we went out. But it worked out great for the look of the film, it took on a different direction because of and thanks to the weather conditions. Merzak was sometimes even a bit worried that those dark skies were to aesthetic, to beautiful.

We finished the Algerian part by the end of December. As we were afraid that the water in France would be to cold we also managed to shoot the swimming scenes at the end of the film in Algeria. I wasn’t to keen on this idea as we shot only some shots of sequences that had to be matched later on in France. But in the end we just went for it!

January, and we’re in Sète, with a group of actors who are very exited to be in France. For some of them it was a dream come true as one of them had attempted the crossing in real life. And once again we were lucky to have beautiful skies and a relative calm sea.

The crossing takes place during two nights, so we had long conversations with Merzak about how to film this. Day for night was rejected as being to complicated for the documentary style. Helium balloons: we tested them..but they came down once we left the harbor. We finally managed by mixing up dusk, real nights using the reflection of the moon, static shots in the harbor and homemade fixtures using a joker 800 on another small boat. I think that Cyran will never forget the trips in the zodiac while lighting the scene. It was complicated. I was trusting my eyes in favor of the often flat video image I saw. But that is when one sees that the Panansonic is a good camera. The 35mm print was absolutely beautiful! And very realistic! I liked the moonlit shots the most. And it was Dimitri Linder, the first AD, who had found the right angle and at what time the moon would rise using the internet. So we were able to go out using a compass and be ready to shoot at just the right moment when the moon rose up from the water. And all this at night in a barge with 10 to 12 people on board.

I often wondered if I would be able to shoot the same film under the same conditions and the same budget using film, be it S16 or 35mm. I honestly don’t think so. Often I was the only one in the boat with actors, handling the camera, while Juliette was in another boat using a remote focus device. The P2 system enabled me to keep on shooting, not needing to offload until the end of the day.

But I am very happy with the 35 print, and the film in general. So please go and see it. 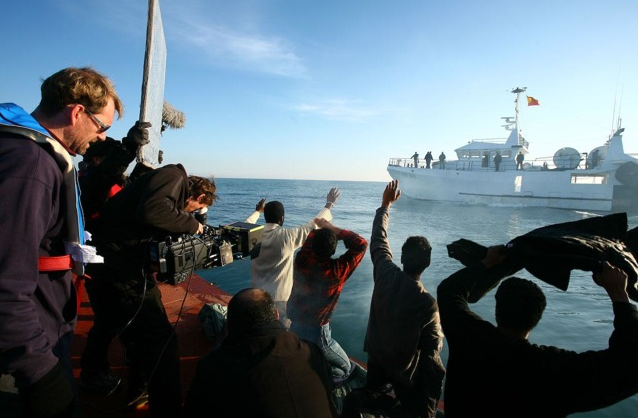