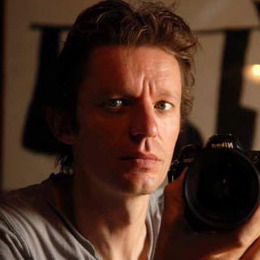 Five weeks ago, I returned from Kazakhstan, where I shot a film with Thierry Demey on a choreography by Anne-Theresa de Keersmaker. This film is intended for various formats:

– One version in tri-scope (projection on three screens) for the Charleroi Danse biennial’s Equi-Voci performance, with Debussy’s Prélude à l’après-midi d’un faune performed by an symphony orchestra in front of three screens.

– One interactive film for Thierry’s installation “From Inside”, which will be shown everywhere and for which I made two films and Rémon the other one .

We did a two week shoot in Aralsk, in a salt lake where the Aral Sea drew back more than 80 km, disrupting an entire population of fish. The atmosphere was truly apocalyptic! Shooting: 3 Super 16 cameras – Kodak vision 3  250 daylight film stock. The first day, we mounted the 3 cameras on one single head (using a wooden board) and did a full circle, 360° travelling shot in the middle of the lake. This was a real brain twister: looking around as far as the eye reaches! It was impossible to leave any material lying around and everything had to be taken away in jeeps as far as possible, to get it out of sight. 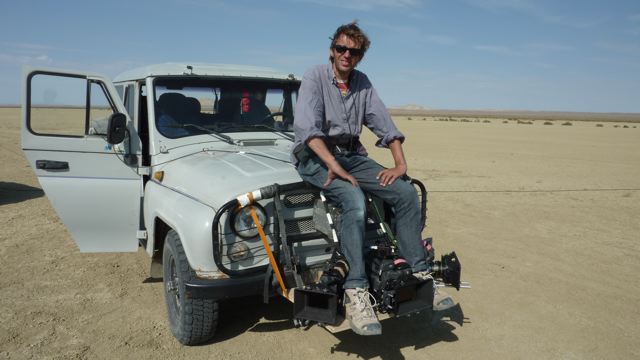 We were pretty lucky with the weather, though: bright and splendid skies, superb light loss… We worked with a very small, minimal crew. I only had one camera assistant, Julien Lambert, who handled the three cameras like a true master – kudos! Aliocha Van der Avoort operated one camera. Sarah Blum gave us a hand, too and Gwen, Charleroi-danse’s rigger, came along too. And we had three Kazakh grips for the crane shots.

Film processing and TC log at studio l’équipe and grading on scratch at Puzzle operated by Benoit Delval. Processing and TC were not done the same day. Benoit had a lot of problems matching the three cameras, even if they were often side by side. The colors were very different, indeed. Next I’ll have to look out for that. On the other hand, I do not regret having used the Super-16, it held the highlights really well. The only thing is that it was stressing not to see anything for two weeks. 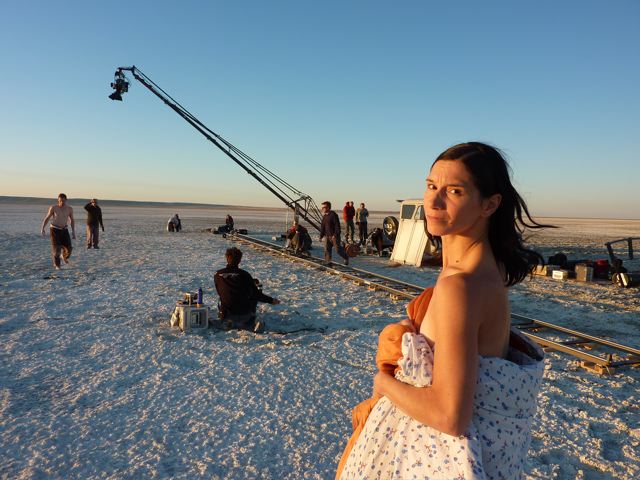