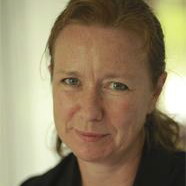 A study on the perception of cinematic technique and its influence on film language.

The research paper focuses on the use of cinematic technique by the director of photography when shooting a feature film. Is this juggling with technical properties: lenses, lights, speed, shutter, f-stop and so on, effective? Can cinematography influence how audiences perceive movies?

This research shows that the application of cinematic technique adds additional layers of meaning, nuance and emotional context to shots and scenes along with their objective content. The study also suggests that the use of cinematographic differentials like composition, three-dimensional field and lens language, contributes to the film language.

The cinematographer is the bridge between the material world and the art world, making emotive sense with light and colour and composition. I disagree with Alexandra Astruc’s argument; “the camera fixes; it does not transcend, it looks. One has to be naïve to imagine that the systematic use of an 18.5 lens will make things any different from what they are. In exchange it never lies.” (Astruc, 1959)

I believe that in fiction, the camera always lies, it never tells the truth, it is the ‘make believe’ that creates the emotion. The use of well-implemented cinematography can create “life”. So, how does the camera lie? Is it only through its content, what is sees or also through its style, how he sees it?

As a cinematographer teacher, I am often confronted with that question. The answer is complex, it takes much experience, creativity, intelligence, art and craft to create an image that conveys the right message. In this study, I have tried to unravel a very tiny part of this big question.

My starting point in this research was the selection of the script; the opening scene of “Nightmare on Elmstreet” (Wes Craven) was chosen because of its possibilities for visual interpretation and at the same time its practicability.

Lucas Jodogne, with whom I collaborated on this project as my cinematographer, defined the building blocks of the image and made the artistic choices to impart emotional meaning.

Lucas first framed and lit for the best possible composition, lens and camera movement for the shot. Then we took more takes, each with slight changes in camera height or lens or f -stop or camera movement, which we recorded on a log sheet. It was a very interesting experiment, as professional cinematographers we never have time to shoot “options” let alone to try to shoot it “wrongly”. For everybody involved in the shoot, we had some other professionals passing by the studio to have a look, it was amazing how we all agreed that just by, for instance, putting the camera 30 cm higher was destroying the impact of the shot. At least that was how we felt. But is that really true?

The final result were two film clips of twelve shots, in which shots 7, 8 and 12 were the same for the two versions. The blocking of the actor, the lights, the editing and the sound of the two film clips remained unchanged. The duration of the clips is one minute.

Questionnaires were presented to an audience of Asian film students, after watching the two film clips. The maximum overall screening time was 2 minutes and the survey was conducted immediately afterwards. The questions of the survey were designed to focus on the perceived differences between the films and not on their individual quality.

Two key insights emerged. One is that the application of cinematic technique adds additional layers of meaning, nuance and emotional context to shots and scenes in addition to their objective content. Also, the findings suggest that when viewers do not discern a certain emotion in the subject matter, the creative use of cinematographic tools does not add it.

When the viewers processed the films’ content and the descriptive concept communicated by the clip’s cinematic technique (e.g., scare), the outcome proved that the viewers regarded the quality of the emotion less favorably. The content had a bigger influence than the cinematographic properties. We can conclude that the art of cinematography can amplify the existing story, make it more meaningful and more expressive but cannot replace it.

A second important insight obtained from the findings, is the fact that cinematography influences film language. The micro elements of a movie, the technical codes, its’ cinematography, conveys meaning and emotion.

Conclusively, we can successfully state that subtle changes in the application of cinematic technique are perceived and emotionally understood by the audience.

However, the results show that certain influences fail to be fully ascertained when viewers engage in other factors such as timing, sound and content. It affects the quality and the quantity of the perception of the visuals. This confirms again the fact that cinematography is an important part of filmmaking but that it is also part of the whole.