A man, a girl and nature in Hors Satan 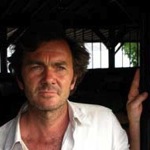 Yves Cape studied at the INSAS film school in Brussels. After having started out as an assistant he made his debut as DOP on short films in the 90’s. His encounter with Alain Berliner on the short film Rose ( 1993) led to the signing for the photography of the successful feature Ma vie en rose. Since then his filmography has included films in France ( Persécution by Patrice Chéreau, White material by Claire Denis) and abroad ( Le gardien des buffles in Vietnam, L’amore inperfetto in Italy or In gods hands in the US). A close collaborator of director Bruno Dumont he is at his side for the fourth time at this years Cannes film-festival with the film Hors satan. 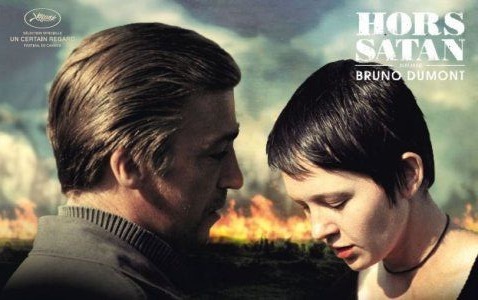 How would you describe this new film by Bruno Dumont?

YC: A man, a girl, nature and the connection between all three of them, that is what this film is about. Bruno wanted nature to be glorious. We shot at a nature reserve Des Dunes De La Sack and in the area of Boulogne Sur Mer. Access to the reserve was not allowed but after long negotiations, a limited number of people, ten at the maximum were allowed to enter. We could not use any vehicles or put down any dolly tracks. We carried all the equipment ourselves in the lightest possible configuration. We used a lot of static shots and wide views, actors entering or exiting the frame. The film is a very basic one, with a very rough edge to it. Bruno had shown me some film stills by the mexican dp Gabriel Figueroa from the early Bunuel films, from which we drew a lot of inspiration. Mostly those where the horizon is placed in lower part of the frame as opposed to the middle where we are used to frame it, and also the use of high and low angles. On Bruno’s other films I achieved this by using a level on the tilt of the camera to be shure to have it level in both axes. 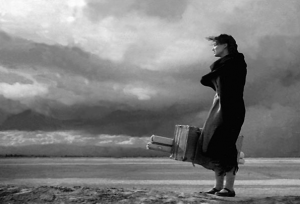 What was the chosen look for the film?

YC: Bruno wanted it be a sunny film. We shot for 7 weeks between august and october, 6 days a week. The first few weeks the weather was terrible, it was poring rain. As we quickly used up the two three interiors we had to shoot we ended up shooting some scenes in grey overcast weather. Which Bruno actually liked: the dark skies, the cold light. So grading those scenes for continuity wasn’t all that easy, which helped to give the film that rough edge. Bruno also wanted to shoot some key scenes at dusk or dawn to capture that magical light. For example, he wanted a shot of the hero facing the sun rise, in the mist. We needed several early morning attempts to get it. We also wanted to get the same setting during the day, in the mist and with a white kind of light. We finally got it, by being very patient. Working on a film with Bruno isn’t always that easy, one has to be able to make some concessions. The crew knows what makes him tick, and are happy to oblige.

YC: The films by Bruno Dumont are made with a limited budget, so I didn’t have the means or the time to light the exteriors. I used an Airstar 400w balloon which let me round off the light on the faces. For interiors I had two joker-bug 400’s and two kino flo 120 4 banks. So in order to get the light we needed for a shot we had to shoot it at right time of day, that is why planning was so important. I read the script six months before the shoot, and two months before starting I received the story boards ( a practice ever sine the film: Hadewijch). So I possessed a very precis document, that we could discuss about in general. Then we visited the sets for two weeks to check every setup using a viewfinder. Its exiting and unique, it is only with Bruno that I work this way. This time around the script supervisor and first assistant director joined us. In the end the only luxury we could afford ourselves was to shoot in 35mm anamorphic and have a DI. Shooting in anamorphic let us put the characters and the landscapes in the same frame. The setting tells the story of characters and interacts with them. But even on this central artistic choice we had to make a compromise. We weren’t able to get the newer Hawk V-plus lenses. So we had to settle for the first generation lenses, that perform less definition wise. Mostly on the shorter end, the 35 and 40 mm. I had to shoot using an Arri 535B which isn’t the most lightweight camera to run across the dunes of La slack with. 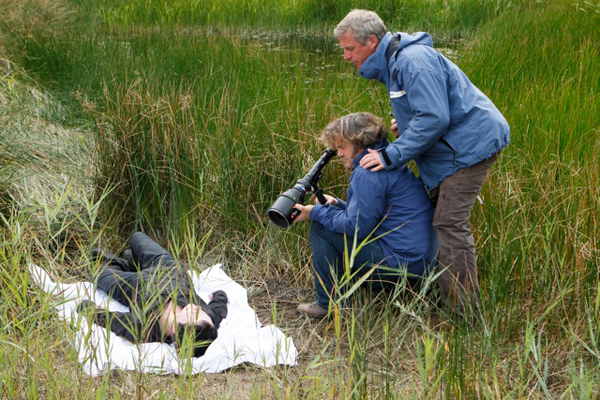 Did you consider shooting digitally?

YC: We considered shooting Hadewijch digitally for financial reasons. But for Bruno the correct reproduction of the actors faces is essential, and back then using a Sony, he was not able get the natural skin tones, shades of white and blush, the way he likes them on film. Or when we got the faces correct, the ground, the leaves on the threes weren’t correct anymore. Also Bruno noticed that I wasn’t at ease using an electronic viewfinder. I am very fond of the optical viewfinder, I have a hard time to get into the scene and connect with the actors using an electronic one. When looking through an optical viewfinder I kind of look the actors straight in the eyes, and with an electronic one it is as if I don’t dare to. 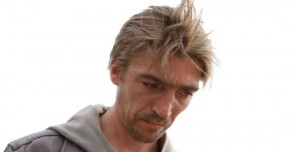 YC: The Alexa promises for many reasons to be very interesting. But I miss the optical viewfinder! A 4/3 sensor enabling to shoot in scope would also be very welcome. But it is true that one can actually shoot anamorphic now using the Hawk v-lite at a 1.3 x squeeze, but it is very expensive.

YC: Bruno is unconditional user of the DI, for him it is a way to fully control the images, and most off all to balance the skin tones that are so important to him. Hors Satan was graded over two weeks by Richard Seusy at Dubois, from a 2K scan of the 4P scope negative. And the screening at Cannes will be a DCP projection as this seems us to be more accurate than a film print.

Interview by François Reumont on behalf of the AFC

The Boy, a bike and the Dardenne brothers