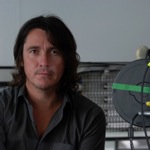 After having worked up his way as a lighting technician, Glynn Speeckaert divided his career as a DOP on feature films and numerous international commercials. Based for some time now in the US , he has a filmography of English, German or French films. After having replaced Yorrick Le Saux to shoot A l’origine for Xavier Giannoli, it is Radu Mihaileanu who calls upon his talents this time to shoot La Source Des femmes, his second film in the official competition at Cannes. 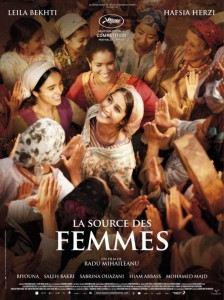 GS: Radu Mihaileanu told me he wanted to make the film in to an oriental fairy tale. We agreed on a naturalistic based style for the visuals, as we thought we didn’t need to sophisticate them to much. Luck was upon us as we found a location that fitted the requirements of our script perfectly. A small village, an hours drive by jeep from Marrakech, very authentic with no electricity or running water, and a well located up in its surrounding the hills. On our first location scouts the villagers were a bit suspicious of us, so much so that the streets were deserted with exception of some men. Most of the film was shot at this location over the course of 60 days and on a budget of about 7 million euros. Some interior sets were created on a stage of the film school in Marrakech.

How did you light the village?

GS: It is a timeless story, it is contemporary but it could as well have played 50 years ago. In a way I did not want the film to feel lit. I often used reflection as a way to light it, by for example hitting a wall with a T 24k. By doing so the colors of the location entered the films palette, making it more real. To enhance the natural sun look even more, I deliberately did not try to recreate the sun when it got covered by clouds. Even so as we shot from october till december, the light was not always what one would expect in Morocco. So as a result there are some bad cuts, some shifts in colors over the course of a sequence, but one doesn’t really notice it. 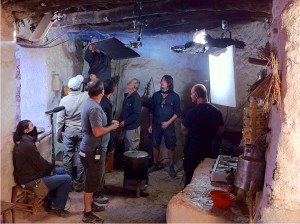 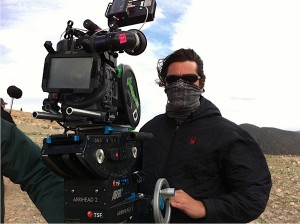 what did you shoot on?

GS: In the beginning Radu wanted to shoot in a documentary style, handheld using an 18 mm lens. So the choice of a 1.85 frame was obvious. Also because the well was located uphill from the village, which we needed to establish in some wide shots. We shot 35mm 3perf, which suited me fine because of its lightweight and its latitude on day exteriors. All the equipment came from Paris, rented from TSF, and the main film-stock was a Kodak 100 asa, supplemented with the 500 for night-work, and some 250D for some of the interiors.

Recently I had the opportunity to shoot a lot of commercials using the Arri Alexa, and I must admit that as a result I would question wether to use film on such a project again. One feels that something is about to change… at the labs or the rental agencies. Without a doubt this new camera might become 35mm film’s hangman. Definitely when a 4/3 chip version is released, with an optical viewfinder…why not?

GS: Cooke panchros, for their older optics and their ability to soften the harsh moroccan daylight. I often prefer to shoot with less contrasty lenses in order to get back some information in the grading. Varicolor filters were used for some shots at the end of the film, and old Schneider diffusion filters for key close ups of Leila Bekhti or Hafsia Herzi, in combination with holding my fingers in front of the lens to get some blurred parts…a kind of poor mans shift tilt effect. 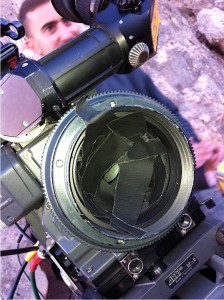 GS: Some of the night exteriors at the village were difficult. I did not have the budget to rent a Softsun, which I would have raised up very high on a cherry picker as a moonlight, as I had done so on some previous films. So I ended up with some dark images, trying to use anything we could find in the frame as a natural source. Adding some tungsten sources to light the facades and under exposing them a lot, we were able to keep enough detail. The night scenes of The Green Zone, shot by Barry Ackroyd in Morocco were the main inspiration for this.

GS: I finished the film with Isabelle Julien at Eclair, a wonderful person and very professional colorist. The film was finished in 2K and will most likely be released as a DCP. Nothing fancy at this stage, the result was a neutral and warm image, as requested by Radu. Just one small surprise though, a slight loss in sharpness on some of the wide shots, probably caused by the many bumpy rides in the jeep which might have offset the delicate calibration of our 18mm lens…. but all in all it wasn’t to bad really. 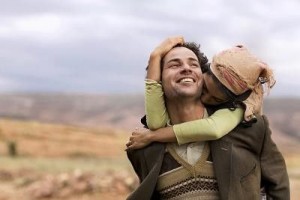 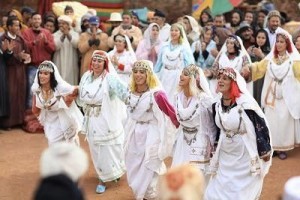 interview by François Reumont on behalf of the AFC.