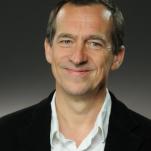 Wim Michiels was born in Duffel in 1963. He attended the RITS and first started as a cameraman for different Belgian and European TV stations like TV-facility house Pitoors, VRT, VTM. In 1990 he become DP for TV comedy series with numerous famous Belgian directors. He also design the lighting of 400 fashion shows and events in Europe. In 1996, he founded LITES lighting rental company. His camera rental house was created in 2008. But since 2014 Wim Michiels is also known for his specialisation as underwater cinematographer. Passionated by the matter, he co-develop underwater camera systems and LED lighting. He did the underwater cinematography of a lot of feature films, clips, TV series and commercials such as Full contact by David Verbeek, the BBC TV series The Missing by Tom Shankland, High Rise by Ben Wheatley, Galloping Mind by Wim Vandekeybus, The Ardennes by Robin Pront, Mega Mindy VS Rox by Matthias Temmermans, Au delà des Murs by Hervé Hadmar, The Lake by Steven Quale, Cargo by Gilles Coulier, or I Kill Giants by Anders Walter…

Bart Van Otterdijk was born in 1974 in Bree. In 1998 he graduated from the RITS. He first started as a focus puller and was very successful with it. In parallel he worked as a DP on short films such as Bedtime Stories by Kaat Beels, Onbekend by Diependaele, Eenzaam zonder Jou by Sarah de Bisschop, TV-Dinner by Ian Swerts, L’Automne c’est triste en été by Nicolas Boucart, Verbrandman by Ian Swerts, L’Eclusier by Nicolas Boucart, Ampersand by Charlotte Dewulf. He also did some features films as B-camera operator. He signed the cinematography of two feature films : Tuintje in mijn Hart by Marc Waltman (2016) and Bobby en de Geestenjagers by Martin Lagestee (2012).