Most new digital cameras have problem with near red or infrared, resulting in magenta color shifts and milkier blacks. Vincent Visser did a test using the new Arri Alexa camera at Camerarentals Amsterdam to determine when and how this problem arises and how to solve it. read more. 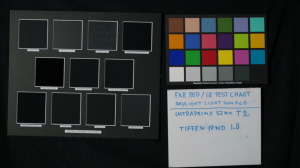