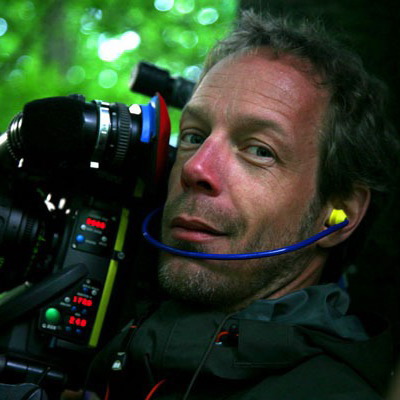 We started shooting mid September 2009 in Brussels for two weeks. We then moved to Briey en Foret (FR) for one day, then Germany for two weeks, followed by India (one month) to round up in Holland by the end of November, with a total of 31 days of shooting. 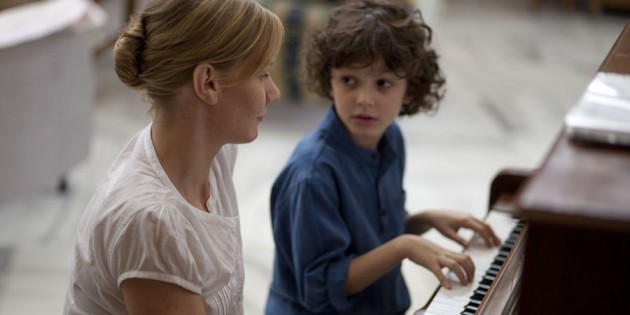 Written By Leopold, ‘Brownian Movement’ has an unusual storyline and very little dialogue. The visual approach can be described as a natural and careful observation of a series of events that overcome the characters. Dramatisation via obvious camera movements was kept to a minimum resulting in a more realistic feel, that was enhanced by doing mostly very long takes.

Sunlight or skylight was always our main source for day scenes, however my Gaffer Bert Reyskens created a series of large remote controlled daylight neon units that where mounted on a cherry-picker assuring us minimum exposure levels at mornings and evenings.

It didn’t worry us though If the sunlight changed throughout a long take because of clouds passing by, it would just give the scene an extra sense of realism. Night-shots where mostly lit with practical sources with some added tungsten units. By keeping the lights mostly outside with just some bounce, diffusion and negative inside for day scenes we could move very fast and take full advantage of Elsje de Bruijn’s outstanding production design.

For Nanouk the choice for scope was clear from the beginning, it would not only serve us well for capturing the magnitude of the buildings of architect Le Corbusier, which are an important part of the story, but worked also very well to emphasis on the different moods of the characters by allowing us to go a bit more extreme in framing. 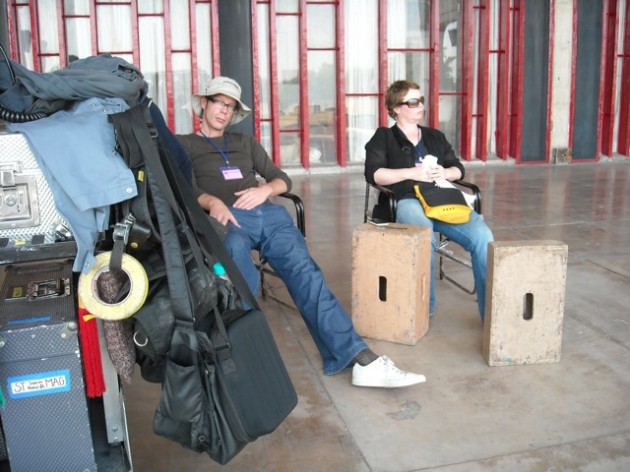 During prep I compared 4-perf anamorphic Hawks and Lomo’s to 3-perf super35 with Cooke S4’s and Master Primes at Arri in Köln. Nanouk wanted to stay away from romanticism and preferred the Master Primes for their clear and sharp look. We basically used two lenses for almost the entire shoot, the 18mm for wide shots and a 50 for mediums and close-ups. Since a lot of scenes were to be shot handheld I opted for the Arricam LT, a compact lightweight camera perfect for shooting in small locations. Film stock was Kodak 50D, 250D and 500T.

An unpredictable part of the shoot were the scenes based in Chandigarh and Ahmedabad, India. Some people told me this could be hell in terms of logistics and crowd control and the amount of crew members there was of course monstrous compared to an average European crew. We succeeded however in keeping our heads calm and maintaining flexibility. From day one communication went smoothly, especially with my Gaffer Abdul Wahab, the grips and their teams, who have a lot of experience with foreign crews.

Raw stock was developed and scanned to dvd in Mumbai at a certified Kodak Lab, so we had rushes on set with a delay of two to three days.

Post-production via digital intermediate will be done at Head Quarters – Köln,Germany..