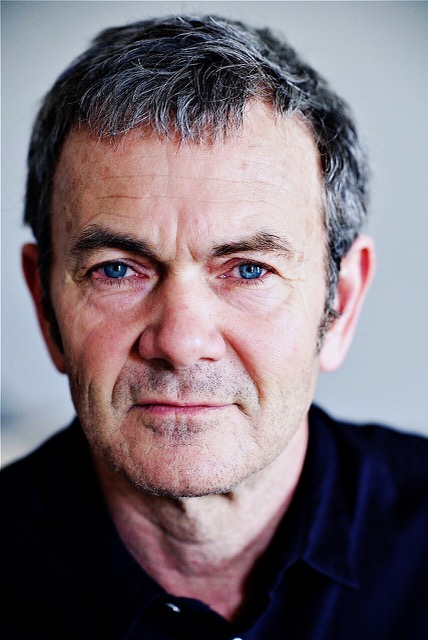 In the 1960s, the combined peculiarities of the Belgian and American administrations deprived Yves Cape of any kind of citizenship until he was to turn 16. Born in Belgium, the only son of an American father and a Belgian mother, young Yves had to carry a ‘‘Stateless’‘ safe-conduct – a traumatizingly pink document – until he was ordered to choose between being Belgian or American. He went for Belgian. With no regret whatsoever.

Way back when, from the early 1930s to the mid-1940s, World War 2 had brought all his grandparents to Belgium, both from Europe and the United States. His grandfather, Paul Goldfinger, a renowned scientist, worked at the Max Planck Institute in Berlin. When Hitler came to power, his boss generously exfiltrated all his Jewish assistants, and the entire Goldfinger family left Germany in 1933. One of his brothers emigrated to England and ended up in London, right next door to Ian Flemming, the man who ‘‘invented’‘ James Bond. Ernö Goldfinger wanted to expand his house and acquire Ian Flemming’s property – but the writer resented the idea and immediately filed a lawsuit against his neighbor (he lost). Revenge is a dish best served cold – or, in this case, dare we say ‘‘golden’‘ ? The famous villain who gives his name and title to the James Bond novel (and film) Goldfinger is none other than Yves Cape’s great uncle!

As a teenager, Yves Cape got used to a protean, father : painter, sound engineer or skipper, a globe-trotter come what may, and ultimately (perhaps more importantly) the man who was never there. His mother, therefore, a scientist, became theindispensable compass. Hence his deciding to take on photography – more specifically portraiture (one way of capturing faces for eternity) – and to enroll in a non-orthodox school, the Ecole 75, which prides itself in notteaching photo technique but nurturing and forming only artists. The school’s hero was – and is – Henri Cartier-Bresson, a photographer who advocated a naturalistic approach to a subject, with no staging and no intervention from the photographer. ‘‘Truth and simplicity.’‘ A philosophy Yves Cape never forgot. To this day, it is still his motto.

After graduating from the Ecole 75, he started building a reputation by publishing books of his photographs and ultimately acquired a certain renown, actually winning the Best Belgian Portraitist Award. But he also discovered the loneliness of the long-distance photographer. So he decided to switch to cinema – a collective sport – and enrolled in the INSAS, the prestigious Belgian film school. His nascent fame as a photographer allowed him to pass the entrance exam with flying colors… despite a resounding ‘‘zero’‘ in technique! After graduation, following the traditional path, Yves Cape became assistant camera operator – a job that required him to be rigorous, focused and disciplined. In short, a technician — ‘’exactly what I am not.’‘

A love affair that turned sour spurred him to ‘‘cast off’‘, as it were, leave Belgium and ‘‘conquer Paris’‘. Not knowing that fifteen years later, he would return to Brussels and, in one of fate’s unexpected tricks, meet the woman who would reconfigure his life and put down his roots back in Belgium. A rebirth/renaissance at the age of forty, an amour totallyfou…and the hope of starting a family. But in those early days, he was in Paris and truly enjoyed being in the very core of the reactor. Isn’t France the country where cinema was born, where the director is an author in his/her own right, where the film industry is notoriously coddled and pampered by public authorities and the powers that be?

Between jobs as assistant camera operator, Yves Cape managed to design the light patterns on a number of short films – enough to spur the desire in him ‘‘to be the caliph in lieu of the caliph’‘, i.e. to become cinematographer. His breakthrough came with Belgian director Alain Berliner’s Ma Vie en rose, as Yves Cape’s work on it was explicitly singled out. The film was quite a success and garnered many awards around the world. Consequently, Yves Cape was offered a whole slew of comedies, which he did not want to do. ‘‘They were just pouring in, it was a horror.’‘ All the more so as the man considers he has no sense of humor. ‘‘Even a film like OSS 117won’t elicit a hint of a chuckle from me.’‘

Another major encounter, and film, will then truly shape his career. The man is helmer Bruno Dumont and the film L’Humanité, which relocated Yves Cape for fifteen long weeks in the director’s native village, Bailleul, in the north of France. For Yves Cape, collaborating with Bruno Dumont, ‘‘a huge and hugely intense worker/creator’‘, was an instant throwback to the fundamentals taught him by his masters at the Ecole 75 in Brussels: ‘‘Respect what you film, don’t try to ‘prettify’ what’s not pretty, and don’t divert the viewer’s gaze.’’ There is little, at the outset of the filmmaking process, that Yves Cape appreciates more than such dogmas and doctrines, precise and specific rules that (may) allow for great works to be born. ‘‘The films I’m proud of are works with a firm commitment and stance. I hate soft-bellied movies that are all over the place and I think the camera and the light should be, well, invisible.’’

Each year, the films he made with Bruno Dumont – all four of them so far – were invariably rewarded at the Cannes Film Festival. Going from the initial paring-down and the rigor of low-budget filming to the honors (and red carpet) in Cannes can be quite a delightful trip. A delight Yves Cape would almost regret if he didn’t know that, as in life, cinematographer-director couples are inevitably destined to unravel. L’Humanité definitely launched Yves Cape as a major, essential cinematographer – soon to be called on by such directors as different as Claire Denis (for White Material) and Patrice Chéreau (for Persecution). Both filmmakers who seem to prepare their film pretty ‘‘casually,’‘ spending hours in cafés discussing with him — yet, are smart enough to stealthily mention a potential difficulty, just for him to be ready when (and if) the time comes.
For Yves Cape feels equally comfortable with total improvisation. ’‘I’m incredibly happy to do things quickly, on the spur of the moment, impromptu. That’s why I like having an equipment that is both light and versatile enough for me to decide on the spot. And that’s why I now only use Leica.’‘

To put it succinctly, Yves Cape hates what he calls ‘‘transforming reality.’‘ ‘‘That may sound pejorative but it’s not : I want the image to be as neutral as possible in order to best reflect what I see.’‘

In 2012, when actor Tim Roth handed the Camera d’Or to young Mexican director Michel Franco, he made him promise to give him a part in one of his next films. Promise kept with Chronic, shot by Yves Cape , which also got an award at the Cannes Film Festival in 2015. The following year, Yves Cape and Michel Franco found themselves in Mexico location-scouting in preparation for Girls of April. As usual, Yves Cape wanted to shoot with Summilux-Cs, which, in Mexico, were difficult and expensive to find. He managed to convince the production company to find those lenses at any price. ‘‘I didn’t want to do it any other way and I wanted to keep my freedom. One day, there was a scene set in a house on a beach. The aperture stop inside was T: 2 and the stop outside, T: 22. The Summilux-Cs allowed me to shoot without raising the light indoors and, with a mere change of focus, to still have the right amount of detail when, after a long camera movement, the actors ended up backlit.’‘

This obsession with filming reality ‘‘instinctively’‘ has become Yves Cape’s hallmark. Directors like Cédric Kahn (for La prière – ‘‘The Prayer’‘, 2018) or Guillaume Nicloux (for La Religieuse – ‘‘The Nun’‘, 2013) or even Frédéric Beigbeider (for L’Amour dure toujours 3 ans – ‘‘Love Lasts Three Years’‘ – 2011) appreciate the way that cinematographer puts himself at the exclusive service of their vision and direction. Now more than ever, Yves Cape’s references are worlds away from the polished imagery of advertising and he finds the invasion of beauty on social networks ‘‘depressing’‘. ‘‘’Beautiful’ light bores me. ‘Well-lit pretty girls’ leave me totally unimpressed. I prefer the raw reality of a face.’’

Which brings us straight back to Henri Cartier-Bresson, doesn’t it ?