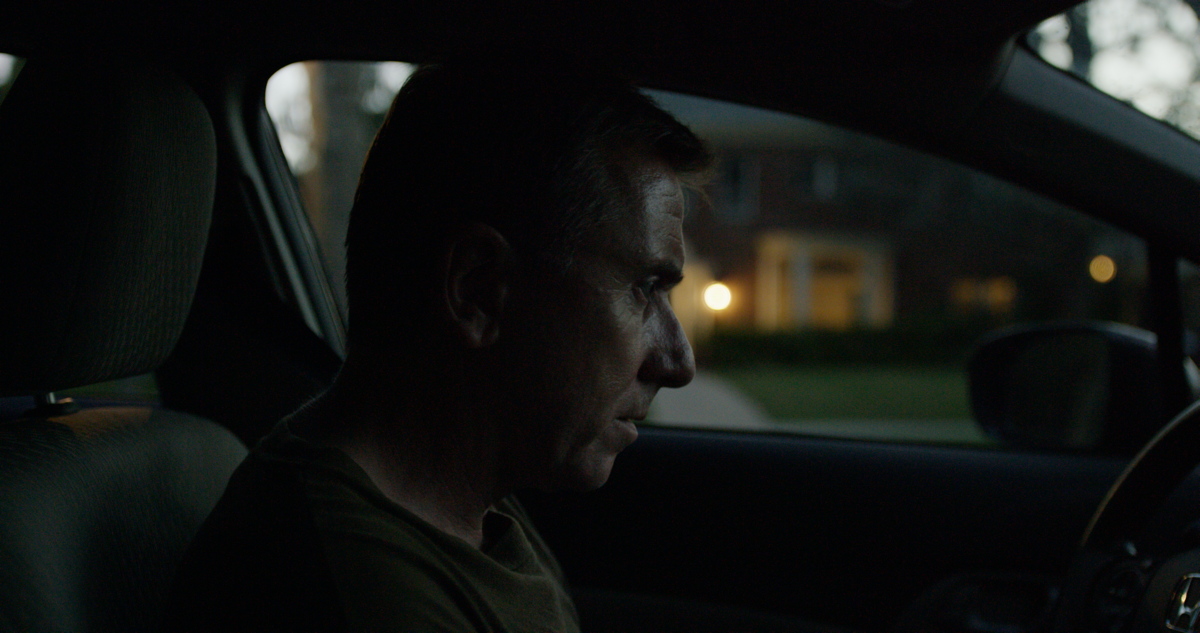 Yves Cape, AFC, SBC, became known as a cinematographer by filming Humanité, directed by Bruno Dumont. He then continued to work with the director all the way through Outside Satan. He has also worked with Claire Denis, Martin Provost, Cédric Khan, Guillaume Nicloux, and designed the lighting on Patrice Chéreau’s latest film, Persecution. 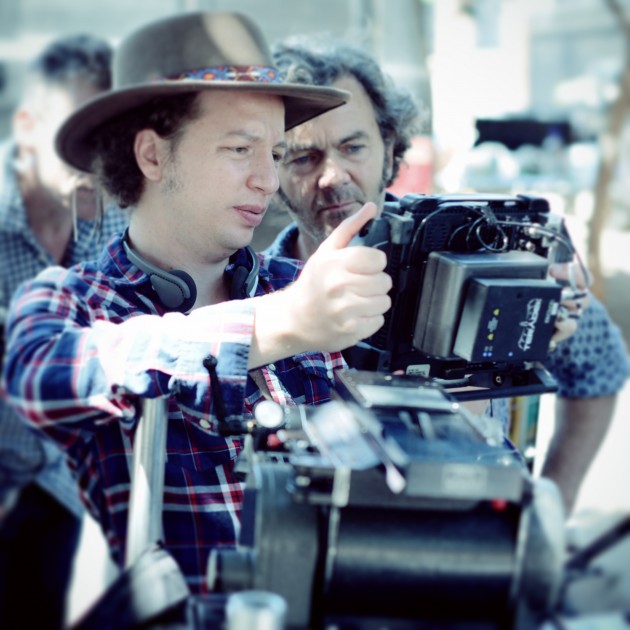 Mexican director Michel Franco’s film Lucia won the “A Certain Regard” award at Cannes in 2012. Tim Roth, the president of the jury for that parallel selection at Cannes, described the film as a powerful masterpiece. It was meant to be between the director and Tim Roth. Three years later, Michel Franco returns to Cannes, this time in the official selection, with his 4th film, Chronic, whose starring role is played by none other than… Tim Roth.

Tim Roth plays a male nurse who assists terminally ill patients. The man inevitably gets involved in each of his patients’ lives, creating emotional ties with them. These intimate relationships inspire him to rekindle his relationship with his estranged family.
Starring Tim Roth, Robin Bartlett, Sarah Sutherland, David Dastmalchian.

Did you meet Michel Franco at Cannes, like you met Tim Roth?

Yves Cape: [Laughter] No, not at all. He phoned me directly to propose I work with him on Chronic. He had liked my work on Bruno Dumont’s films and on Claire Denis’ White Material. I had really enjoyed After Lucia, a magnificent film with a very original staging. It was filmed with a Canon 5D, and the camera never pans or tilts.

He wanted to repeat those choices on Chronic ?

YC: We did allow ourselves some pans, tilts, the use of a Steadicam, and even dollies! But the editing is very simple, each shot is a scene.

But they’re still not master shots…

YC: No, the idea was to take our time and find the right shot, the one that would best tell the scene, and we only changed shots when absolutely necessary.

The film editor was always present on set. Can you explain how Michael Franco shoots and edits the film at the same time?

YC: Before beginning shooting, the assembly board was covered in black squares each bearing the number of a scene and its description. As shooting went forward, the editor, who was never far from the set, would insert the shots that we had just filmed instead of the black squares on his assembly board. The equipment was very simple: a MacBook, an enhanced speaker, and a hard drive.
Michel would travel between the editing room and the set and would sometimes decide to reshoot a scene, change the screenplay, or the assembly order of the scenes, or delete or add a scene because in the end he already had what he wanted in the scene we’d just shot. He would react directly to what he had seen in the editing room.

How did you manage the dailies?

YC: We did a double recording so that we wouldn’t have to wait for the machines to process the images. One of them was recorded in QuickTime Low Res, on a Pix240 recorder attached to the main camera. As soon as we’d filmed the scene, the memory card would go straight to the editor. The other recording was recorded directly by the camera, and so when the “backup” was ready, the dailies were colour timed on set by the DIT. As time went by, those dailies would replace the editors’ QuickTime by a simple match. 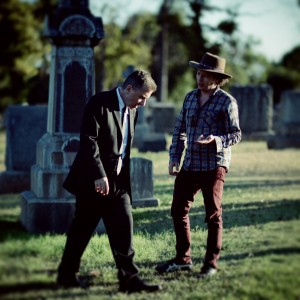 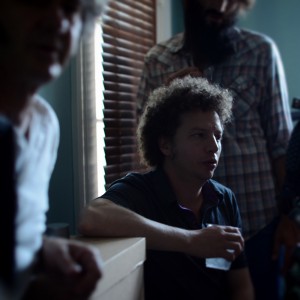 It must have been unsettling to manage the changes in scenes or shots to be filmed… Did the shooting schedule change a lot?

YC: At the end of our two weeks of preparation, Michel asked me what I thought the biggest risk was on our project. I told him that it was that we wouldn’t follow the screenplay, because it was magnificent both in terms of its subject but also in terms of the way the film was orchestrated. After a day’s work, Michel would change everything! The orchestration, the narration, everything was radically changed!
I was, of course, very unsettled. I was afraid: did we have the distance we needed to make all of those changes? But Michel’s quick-wittedness, creativity, and the full trust he had in me ended up putting my mind at ease and it was the first time that I had been put at the heart of the creative process to that extent. I became a member of what I call the “Mexican Lab”, the group composed of Michel and his producer, Gabriel Ripstein, who would constantly question the order of the scenes. So, in the end, it became really exciting!
We shot five days a week, Saturdays were our day off and on Sundays I would go to his house and we’d spend the day together. He would show me the storyboard, we’d talk it over, and he’d make his changes, and in function of that, we’d readjust the week’s shooting schedule. Michel isn’t afraid of dailies, he isn’t afraid of showing a bit of the unedited film to other people, he’d invite people over on the weekends and ask for their opinion.

You’ve written, in an article for the SBC, that, as far as possible, you strived for absolute naturalism. What did you mean?

YC: Two years ago, on Wild Life, a film shot with “no lighting”, I was in a car with Cédric Khan and he told me the dailies he’d seen the previous day were magnificent. He went on, “does it piss you off that it looks so good and that you had nothing to do with it?” Personally, I believe that mastering the sun, and by that I mean the sunlight, is also a way of designing a movie’s lighting.
Now that my trust in digital cinematography is a bit more solid, I realize that I can really do very minimal lighting and get the result that I’m looking for.
For Chronic, a very realistic style of lighting was needed. With today’s technological advances, I could have just filmed without adding any lighting, both during the day and at night. The question was: doe we like it? And do we think that it’s appropriate for the scene?
If yes, great! Action! If not, rather than add spots, I prefer to play with what I have already, meaning sunlight, the lamps being used as props, black or white sheets, diffusers on the windows, and as a last resort, very uncomplicated lighting. That, of course, only works if the director agrees to play along with me, and the shooting schedule and the cutting have to follow, but the advantage is the freedom and the flexibility the director gains for his staging.

But you still used some spots?

YC: I usually work with Lucioles for the nighttime shots, and production had rented some from TSF. They don’t exist in the US, they’re too small for them [laughter]. I thought I’d use them for the indoors-nighttime shots, and I ended up not using them. However, I did use LiteGear LEDs. They’re manufactured by a company founded by gaffers who have been making LEDs for many years now. They’ve released a product called LiteMate, made with LEDs. It’s about as powerful as a Kino Flo, but it’s much lighter and much less bulky. You can put it on a tripod; you can put it on a window using Velcro or gaffers’ tape. My gaffer was well supplied with LiteGear LEDs and created bicoloured panels (5,500 / 3,200 K) identical to the LiteMate series of panels, and, at my request, garlands made of bicoloured LEDs. 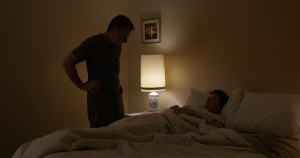 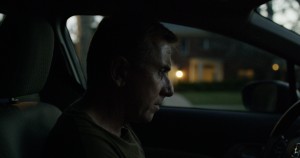 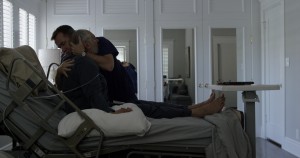 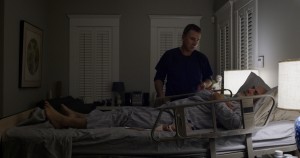 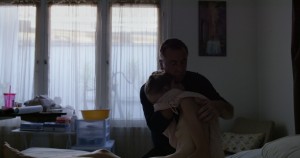 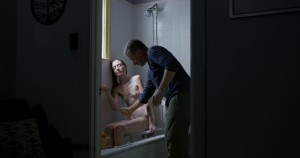 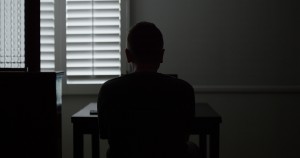 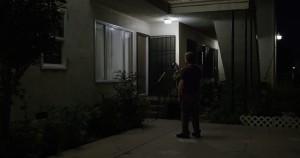 (Interview conducted by Brigitte Barbier for the AFC, translated from French by Alex Raiffe)