weekend by the sea 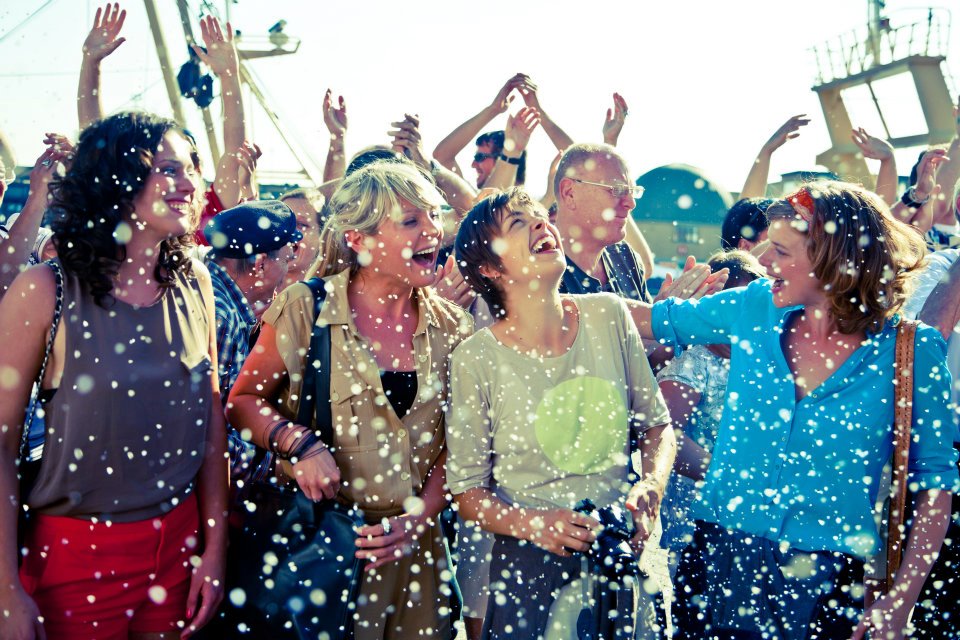 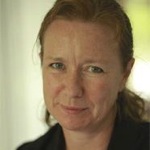 Four friends (in their late twenties) go on a reunion weekend to the sea, to the house where they spent their teenage years. What should have been a convivial gathering deteriorates into an unavoidable personal and mutual confrontation. They understand that they must reassess their friendship and realize that their lives have changed for ever. Eline Kuppens plays Ann, a young mother who against all previous arrangements brings her baby along. Maaike Neuville is bit of a hippy, not bothered by any physical appearances. Marieke Dillens plays Karen, a caring woman, a bit of a miss perfect. To play the part she even learned how to fold a sweater. Ellen Schoeters plays Dorien, an outspoken and though girl. The film was directed by Ilse Somers and shot by Cinematographer Marijke Van Kets and Camera Operator Lucas Jodogne. 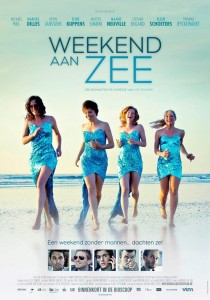 The film is being marketed as a film by women for women. Is this just a slogan or is there more to it?

MVK: It is a women’s film, made by women in front and behind the camera, the main characters are four women and the subject is their friendship and woman issues in life. The director Ilse Somers puts it this way “it is a cross over between Sex and the city and a Woody Allen film”. I think she succeeded in this very well.

Have you worked with Ilse on other projects in the past?

MVK: Yes, on many occasions. She is also a dear friend. We met at the Rits film school, where I was studying in 1983, She was attending the assistant director’s department. When she left to get her masters degree in film at the Columbia University in New York, I joined her to help shoot her thesis film. Later on we worked together on many features, she in the production department and I in the camera or lighting crew. 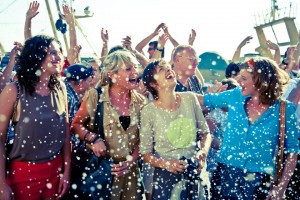 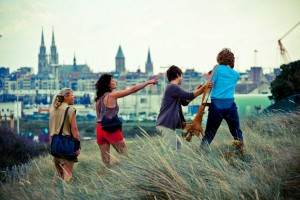 Did you feel connected to the story in any way?

MVK: A lot. It is a very universal story, funny and moving.

This was a film on a small budget?

MVK: Yes, which made it very difficult. We only had 22 days to shoot it, all on location in the town of Ostend. It was hard work but thanks to an excellent crew we pulled it off.

This was the first feature film that Ilse directed. How did this work out?

MVK: Despite this being Ilse’s debut, she already had much experience writing and producing films. So despite this being her debut she wasn’t a novice at making films. As we shot the short film “IVF” together, produced by Gerda Coppens, we tested how our collaboration would work out. It went very well, we had many laughs while working at high speed.

What style did you choose for the film?

MVK: It is a romantic comedy, situated at the sea side, so that determined a lot. Last summer the weather was horrible, it was almost like shooting in the autumn. If you look at the photographs taken on set you’ll see people all dressed up as if it was winter. However we also had some good fortune, the day we shot the bikini scene it was hot summer weather. Truly! 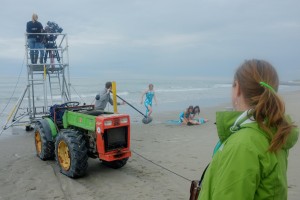 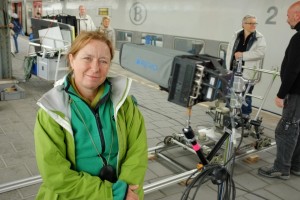 You worked with an operator, which is an unusual choice in Flanders.

MVK: I like operating a lot. I had to negotiate with the production, either we had a DIT or an operator. Working with the operator was a good solution and I would make the same choice again for the next film. As shooting a film in such a short time isn’t that easy you have to able to rely on your collaborators like Lucas the camera operator, but also on Didier the gaffer and Mark the grip. Only then is it possible to achieve a level of quality as well.

Was this your first digital feature film?

MVK: Yes it was, we did some thorough testing on the Arri Alexa. Grid, the post prodcution house and Lites the rental company were very cooperative, so luckily I was able shoot and see enough test footage to know later on what to look out for. I am very happy with the result and would shoot on the Alexa again without any problems. Shooting digitally is fine if one has to, but I’am still not totally converted, I still prefer film. 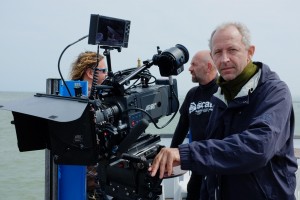 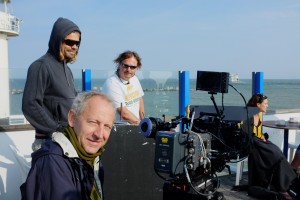 Where you able to create the desired look the post production?

MVK: Absolutely, the communication and organization at Grid was excellent. I did not have any issues grading the images, excellently done by Frank Temmerman. We had quite a lot of day for night footage which came out very well. The only regret I have is that we couldn’t have for this film  a DCP at 25 images per second in spite the fact that we shot  this film on 25 i/s, and the sound mastered at 25i/s and we had agreed for this film before the production started that we were going to use that speed. Unfortunately subsequently all cinema screenings and the premier we will projected at the wrong speed.

I am very proud of this film which has received good reactions at avant premiere screenings. It generated many laughs in the audience. There for I would like to take this opportunity to thank all involved in making it, it was worth it. Congratulations to Ilse Somers and producer Viviane Vanfleteren who both worked very hard on this film.

Propositions for analogue archiving of feature films on 35 mm film