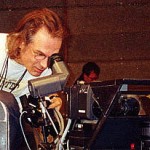 I have been asked by the Technical Committee of SBC to provide some explanations about the availability of the 25 fps projection speed in digital cinemas.

Short answer: Yes, this has become possible recently. However, some problems still have to be taken care of. See section “Just one problem” below.

25 fps (and other new frame rates) in digital cinemas

Although digital cinemas have indeed been limited to 24 fps for some time, there have been some changes going on recently and some are still under way.

The first documents for a digital cinema projection standard started to progress in 2004/2005 at the SMPTE and contained only the frame rates of 24 and 48 images per second. This was because DCI (Digital Cinema Initiatives, an association of the 6 biggest Hollywood studios) had only requested these speeds and no oneelse had asked for any other speeds. In 2005, EDCF and IMAGO started to question this and mid 2006 the Additional Frame Rate group was created within SMPTE, initiated and chaired by SBC and IMAGO member Kommer Kleijn. The effort was subsequently supported by several organisations, most notably EDCF, IMAGO, BBC, Ascent Media and Dolby UK. The first standards documents for digital cinema distribution and projection were published by the SMPTE in 2006 and confirmed by ISO in 2009. Indeed, these first documents only defined the speeds of 24 and 48 fps.

After 3 years of work in the SMPTE Additional Frame Rate (AFR) group, the standard for additional frame rates was published by SMPTE fall 2009. This document adds the speeds of 25, 30, 50 and 60 fps to the existing 24 and 48 as legal frame rates for digital cinema distribution and projection, making for a total of six speeds. It has thus now become possible to create 2K 2D DCPs at any of these 6 frame rates. The higher temporal resolution speeds of 48, 50 and 60 fps however, have been standardized in 2K resolution and for 2D only. For 4K DCPs, only the speeds of 24, 25 and 30 fps have been defined, and for 3D DCPs, the possible speeds are 24, 25 and 30 frames per eye. So at this time, showing 3D at higher temporal resolution than 30 fps per eye would require 2 DCPs, dual servers, and probably dual projectors as well. 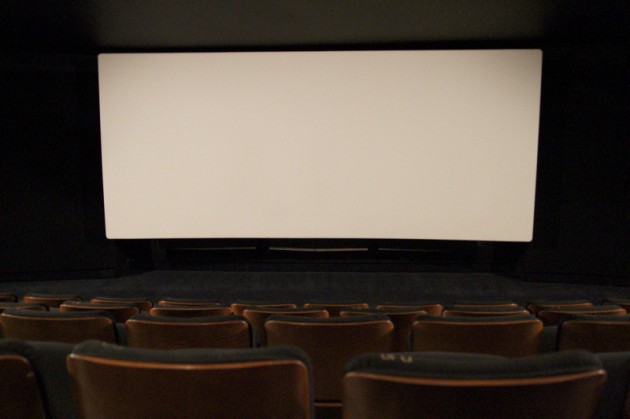 In practice, upgrade of actual equipment started in september 2009 (shortly before the publication of the new standard by SMPTE) when server manufacturer Doremi announced at IBC 2009 that it would upgrade all its servers to all of the new speeds without charge to its clients, and when it turned out that all TI based projectors appeared to be compatible with the new speeds as they were. Only for 3D, a software upgrade is needed on some models. The Doremi upgrade was delivered in February 2010. Also both XDC and Dolby announced implementation of new speeds. It is estimated that today (beginning 2011) over 80% of digital cinemas are updated and capable of playing DCPs mastered at 25 fps. 25 fps DCPs will play automatically at the correct speed, without any intervention of the operator (projectionist). 24 fps and 25 fps DCPs may even be mixed in a cinema server play list and the server will automatically change speed and play the DCPs at their correct speed. The projector will automatically follow the speed served by the server.

Many mastering solutions, including those by Fraunhofer, Doremi, DVS clipster, just to name a few, now include also the options needed to produce 25 fps DCPs, and others have announced the availability as well.

Just one problem remains at this time: A minority of cinema theatres is not yet up to date and may not be capable to play a 25 fps DCP at all, or may play the 25 fps DCP without sound.

To avoid this problem it is recommended at this time to enquire with the theatres in question if they are equipped to play a 25 fps DCP. If the theatre owner does not know the answer, you can suggest he checks with his equipment supplier to see if his server and projector are already compatible with 25 fps DCPs or if they can be upgraded easily. In cases the answer would be negative or in those cases where it is not practically feasible to check all potential theatres for 25 fps compatibility, it is recommended at this time to add an additional DCP at 24 fps of the same content to the same distribution disk. This 24 fps DCP can then serve as a backup in case the theatre is not (yet) capable of playing 25 fps DCPs. The content will then play in the theatre with a 4% slow down, but it will play. Keep in mind that this will concern a minority of theatres. Even if the content will play 4% slow in a small number of theatres, the effort of making a dual DCP will still enhance the viewers experience in the vast majority of theatres, enabling a majority of viewers to experience the piece at its original speed and with the original, non resampled sound.

Additionally, it may be worth knowing that a standard for archival projection speeds is actually under development at the SMPTE. This standard, however, is expected to impact mainly film archives, film museums and possibly film schools and universities, but is not expected to see a wide implementation in commercial cinemas. This new standard defines archival (extra slow) speeds in the range of 16, 18, 20 and 22 fps, allowing film archives to create, exchange and show DCPs of archival content at close to original presentation speeds.

60 fps, however, is recommended by IMAGO as a speed for future production and commercial distribution offering greatly enhanced temporal resolution compared to 24 or 25 fps. It will be offered as an option: There is no intent to replace or remove 24/25 fps from the audiovisual scene and these will of course remain available as well. 60 fps is expected to be used eventually mostly in action movies, however, it is important to know that 60 fps production is not compatible with 35mm analog film print manufacturing. That is why the use of 60 fps as a sound speed for cinema is expected to occur only later, earliest in a few years, once the vast majority of cinema theatres in the world will have converted to digital projectors. Indeed, producing a movie at 60 fps does limit distribution to (updated) digital theatres only, as it is not possible to strike a good quality film print from a 60 fps master. Note that 48 fps also has good temporal resolution properties in digital cinema projection, however 48 fps is not recommended for general production in future as this speed is not well supported by DVD nor by Blu-Ray Disc. 48 fps is, like 60 fps, also incompatible with 35mm film print manufacturing, as common film projectors can not run at this speed either. Although it has been suggested to adapt 48 fps material to film print by skipping each other frame, this would both defy the goal of high temporal resolution and possibly create unwatchable prints if the film makers would actually have used the higher temporal resolution potentials. And prohibiting the film makers to use the potentials of high temporal resolution would defeat the use of it altogether….., wouldn’t it?