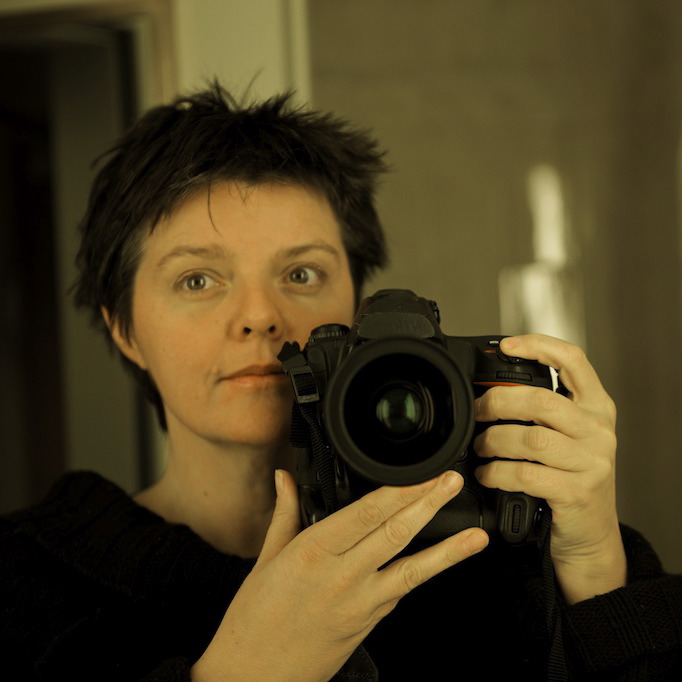 Lanterna Magica (Paul René), the Scandinavian Association of Cinematographers, invited me to Oslo during the weekend of November 14 for a workshop on female cinematographers – the notorious issue… They are worried because there is no recognized female DOP in Norway, or at least no female DOP who does feature-length films. Being one of those who do, here I am, invited with Jeanne Lapoirie (France), Natasha Braier (UK) and Alandra Lasmanis (Sweden). American Ellen Kurras was also invited, but she was unable to come over. Too bad… I would have loved to meet her…

Saturday November 14, 4 a.m. I finish shooting Jeanne Labrune’s latest film on a Luxemburg park place. My plane for Copenhagen takes off at 9.20… The day passes like one long and endless night, because I arrive in Oslo by 3.30 p.m. and it is dark, and all is covered in snow!

I have never done any “conferences” at «workshops» and moreover, I think the topic of discussion is an old hat. I do not feel like commenting on the various tasks that keep us busy – being a mother, housewife ànd DOP!

Welcomed by Rölv, a fellow DOP, we choose excerpts from certain films that I shot – from Liaison Pornographique, La Femme de Gilles and I’m from Tito Véles (Silver Camera Manaki Brothers Film Festival). We introduce ourselves one after the other. Jeanne had started the workshop Saturday morning, followed by Alandra. Sunday was my turn to perform. I am curious what kind of audience will show up. So I take a look at the crowd that is waiting in front of the cinema: lots of women, students and male DOP’s.

There is a lot of talking about “female DOP’s”. I feel like some animal species they are coming to see at the ZOO. But after a pleasant night and many drinks, Alandra, Jeanne and I talk about our lives, our trade, our children. The two male organizers have left. They got fed up with our chit-chat.

At 5.30 a.m. the hotel’s fire alarm chases us out of bed and in pyjama into the lobby. I do not feel like going back to sleep. I pass my socks to Alandra who had come running down too hastily. A taxi takes me to my Norwegian grandmother through a deserted industrial zone. 7.30: I arrive at a Norwegian breakfast that is really for a Norwegian stomach: smoked salmon and herring with dill sauce. I return to the Cinema Huss on a full stomach, and see some fifty people waiting. It is still dark. I desperately would like to see some light of day in Oslo.

But, time to go: Rölv invites me to the floor. A microphone and a glass of water are ready. It is like at school: the first phrase is always the most difficult, but then, the rest follows: excerpts are screened, questions are fired away, about technique and logistics, about the name of the optical series, for or against digital technology, about women’s answer to machismo (do not worry, I have not mentioned any names…and for good reasons). It was, in fact, an exchange of opinions about our trade, and breasts or not, we are all in this business together. I bring up that it is not so much a difference between men and women that makes images different, but personality differences. And that unfortunately, it is now 12.30, whereas I could have go on talking about it for hours… 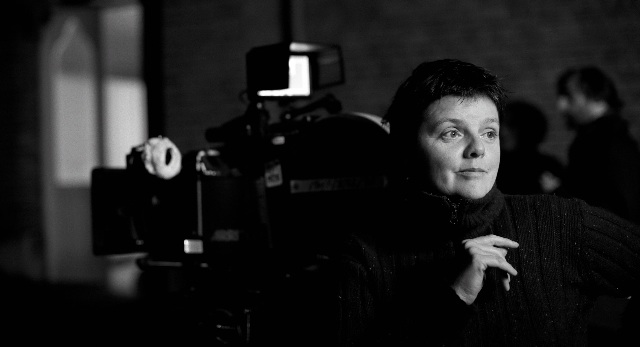 It occurs to me that there are so few female DOP’s in Scandinavia because of the local culture and because they are afraid of their own fragility. The “women for cinema” movement presents a clip showing women DOP’s.

I allow myself to explain to them that the battle is not that they have to defend themselves as women, but as directors of photography. Jeanne seems to agree, and says that we are maybe lucky to be on the right side of Europe… It is hard to believe that the male colleagues have needed so little battle to allow women to share their trade.

But what, after all, was most interesting, was the exchange of ideas itself, and the fact that we could talk openly.

So now, I am going to take my train to the airport. It is dark again. Alandra suggests she may organize a workshop at the Swedish Film Institute in Stockholm.

Time to lean some Scandinavian languages. And to take some sleep through a real night before becoming a mother again after two months of shooting.

On to the next one.