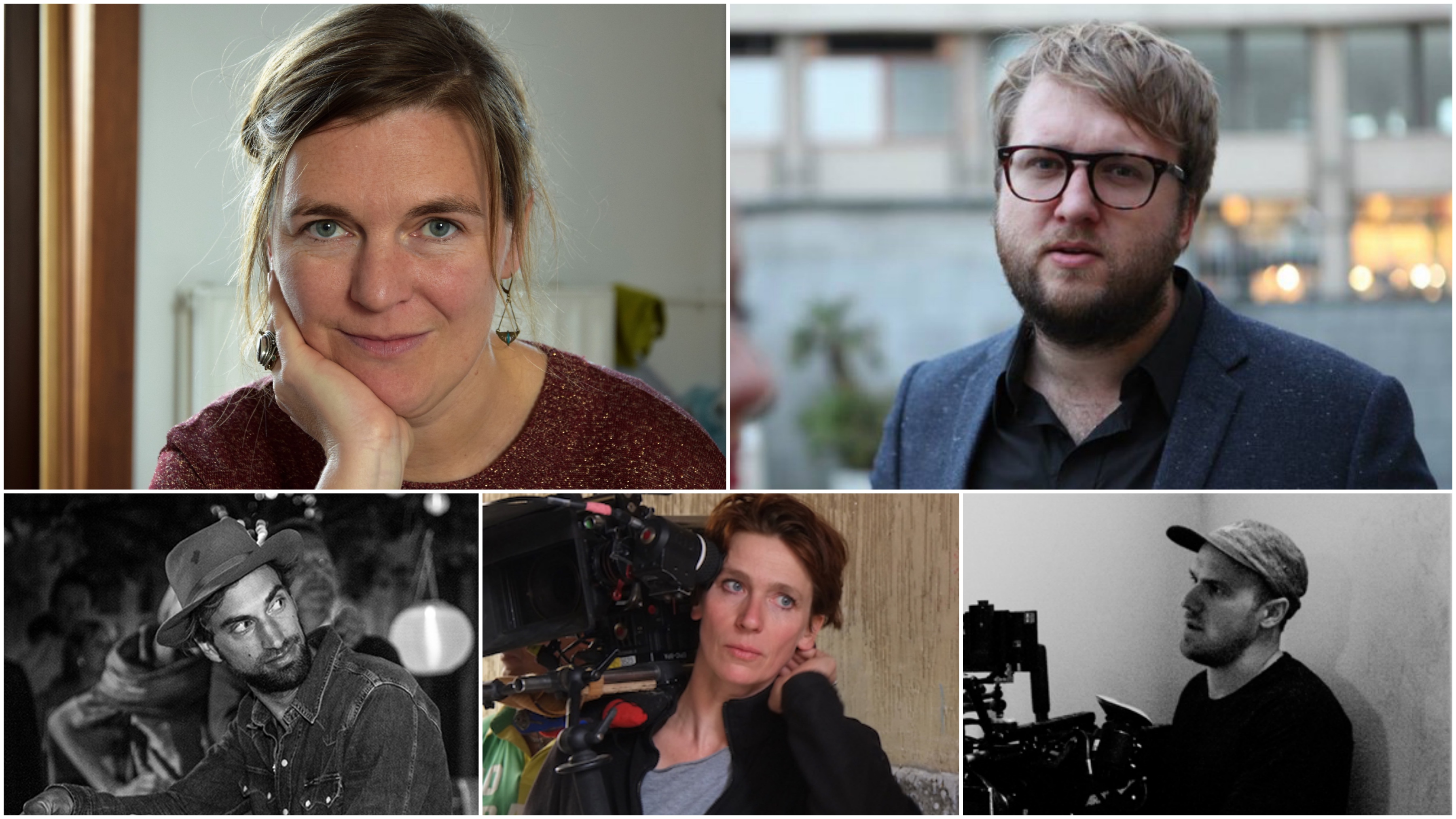 Brecht Goyvaerts was born and raised in the outskirts of Diest, Belgium. Since it wasn’t exactly a bustling metropolis, he started shooting everything he came across with his old family-VHS-camera in order to keep himself occupied, feeding his imagination and creativity. It was therefore an inevitable choice to go to a film school. He studied hard, but worked even harder outside school to learn as much as possible. In his freshman year, he made coffee on sets. He was also cleaning cables, being a spark/gripper/AC : doing whatever he could to be a fly on the wall. One day a director made him operate the rehearsals on a tv show; the director liked what he saw, which eventually led Brecht to his first real camera-jobs. He started out doing a lot of music videos, experimenting, trying out different lenses/angles/colours/lighting techniques on small budget productions. His work was noticed and he ended up doing his first commercials as a DP. After doing a few short films, he tried to get a break in drama, as he felt this was where his heart was. After some years struggling he managed to shoot his first TV series called Ontspoord (2013), which launched him on the ‘fiction-market’. On this show he worked with director Maarten Moerkerke and above all Jakob Verbruggen (who recently directed House of Cards, Black Mirror, The fall and The Alienist). We can also mention his work on the series Vriendinnen by Cecilia Verheyden (2015), Chaussée d’Amour by Frank Devos & Pieter Van Hees (2016), Generatie B by Pieter Van Hees (2017), De Dag by Dries Vos & Gilles Coulier (2017), and Tabula Rasa by Jonas Govaerts & Kaat Beels (2017) ; or even his work on feature films such as Achter De Wolken by Cecilia Verheyden (2016), Bastaard by Mathieu Mortelmans (2018) and Cleo by Eva Cools (2018). This year he will be shooting four episodes of Zone Blanche, while Christophe Nuyens will do the other four. 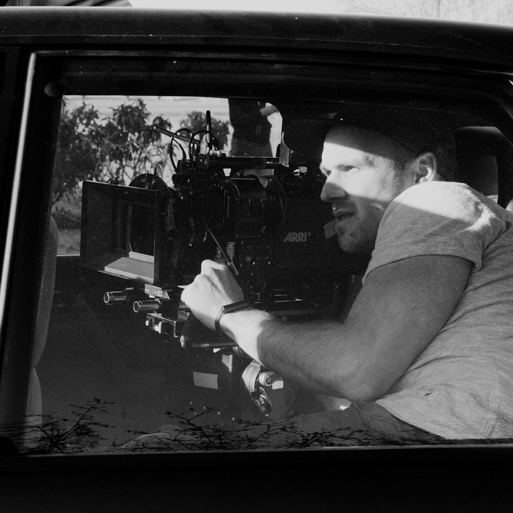 Elin Kirschfink is the first female German-speaking cinematographer at the SBC. Originating from the Cantons de l’Est, she first dedicated herself to become an industrial designer, but when she realised at her first internship how small the business was, she changed her mind and looked for a job that was both scientific and artistic. That’s how she came to study at the Insas, first as a director, then in the cinematography section. During her scholarship, she worked at Monev for a year meeting all the best Belgian assistants. Following this she worked as an electrician with Testov’s gaffers. Called by Marie Spencer to work on a big budget film, she became a second and then first camera assistant, allowing her to work with some great mentors like Antoine Héberlé or Georges Diane. Wishing to become a DP she stopped working as a focus puller to commit herself to shoot almost forty short films. Since then she filmed six features as DP such as Luna by Elsa Diringer La Vache by Mohamed Hamidi (2015), Par accident by Camille Fontaine (2014), HOPE by Boris Lojkine (2013), La belle vie by Jean Denizot and Nos batailles by Guillaume Senez with Romain Duris that is still in post-production but should be released this year.. She also framed Des vents contraires (2011) and 24 mesures (2007) by Jalil Lespert.

Virginie Surdej also studied at Insas. After graduating, thanks to a CGRI scholarship and as she originated from Poland, she completed her training at the Lodz film school, where she lived for some years. Upon returning to Belgium, she started to work mostly as an electrician, but also as a second camera assistant. In 2006, she worked on a lot of short films as director of photography. For several years, she also worked quite frequently on more experimental films at “Le Fresnoy”. At the same time, she teached in a film school in Norway, on the Lofoten islands. Thank to that she forged strong relationships with Scandinavian directors allowing her to shoot some films there. Then little by little the shorts became less short… She still works a bit everywhere, trying to do both drama and documentaries, being particularly good in shooting films that are on the border of the two. She enjoys working with directors originating from countries where the cinema industry is still very young and fragile like Afghanistan, Feroe Island or Guatemala. She recently worked on Insyriated by Philippe Van Leeuw (2017) for which she won the Best Cinematography Award at Les Magritte 2018, Razzia by Nabil Ayouch (2017), Dreams by the sea by Sakaris Stora (2017), Wolf and Sheep by Shahrbanoo Sadat (2016) and Much Loved by Nabil Ayouch (2015).

David Williamson is from Antwerp. His interest in film began in his late teens when he had a few hours to kill. Mulholland Drive by David Lynch was his first revelation. He studied film theory at Utrecht University in the Netherlands, but found the programme too abstract and so moved to Sint-Lukas in Brussels. At first his idea was to explore the practice of filmmaking rather than starting a career, but that changed thanks to a partnership with his fellow student Gilles Coulier. When one directed, the other took charge of the cinematography. That’s how he won a prestigious VAF Wildcard award for his short NOW/HERE (2010). But since graduating he has gained quite a reputation as a creative cinematographer, making his feature debut behind the camera on I’m the same I’m an other by Caroline Strubbe (2013). Since then he has shot Liebling (2104) directed by the Liebling colective, Melody by Bernard Bellefroid (2014), Bevergem a tv-series by Gilles Coulier (2015), Vincent by Christophe Van Rompaey (2015), Le ciel flamand by Peter Monsaert (2015) and Cargo by Gilles Coulier (2016). 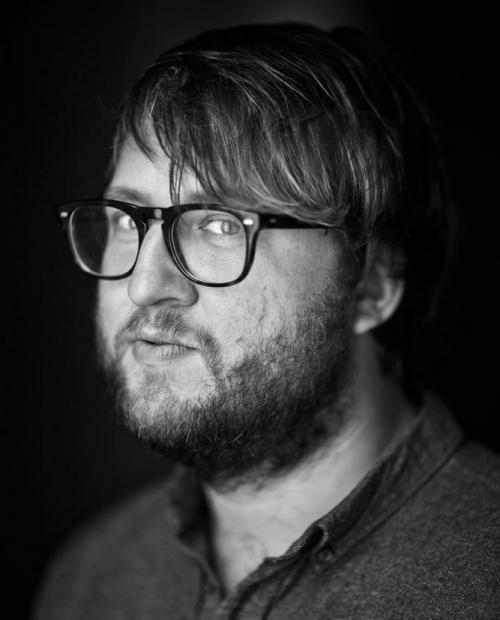 Growing up in a small Flemish countryside village, Rik Zang’s creativity, first towards music, than for pictures and visuals, started out of boredom. He then studied at the Brussels Film School RITCS where he learned what he liked and furthermore what he didn’t like from mentors like Walther Van den Ende. After school, he started as grip enjoying the closeness of DP and directors. Soon he moved to the US and became a successfull commercials and music video DP. Since then, he has shot commercials in 51 countries. He also shot three features such as Pimp by Christine Crokos, Paradise Trips by Raf Reyntjes and 82 days in April by Bart Van den Bempt.