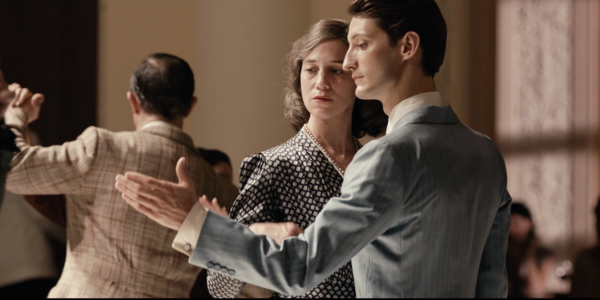 For the the release of Promise at Dawn from Eric Barbier, Glynn Speeckaert, ASC, AFC, SBC, kindly woke up early in his Los Angeles house to answer our questions. Thank you Glynn! 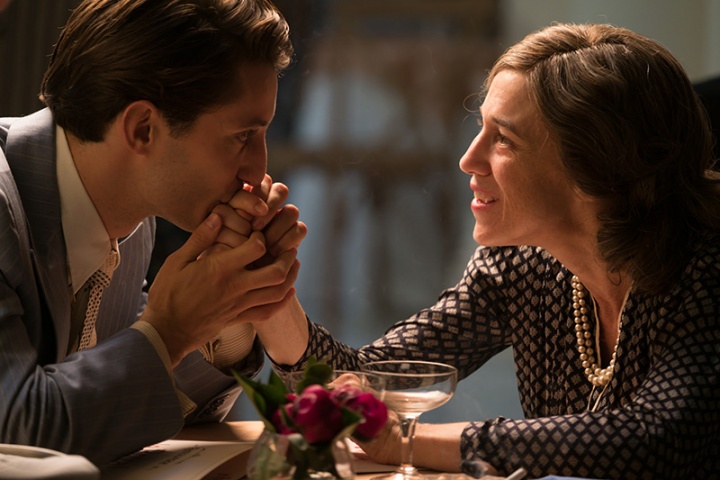 Synopsis: Form his tough childhood in Poland, through his teenage years under the sun in Nice, to his exploits as a pilot in Africa during WWII… Romain Gary lived an incredible life. But he owes this fury to live a thousand lives, to become a great man and a famous writer to Nina, his mother. It is thanks to the passionate love of this eccentric and endearing mother that he became one of the main novelists of the 20st Century, with a life full of mysteries, passions and twists. But that extended maternal love will also be his load in life.

GS: I arrived pretty late. Only three months before the beginning of the shooting. Eric and the production watched Marguerite from Xavier Gianoli and they called me. 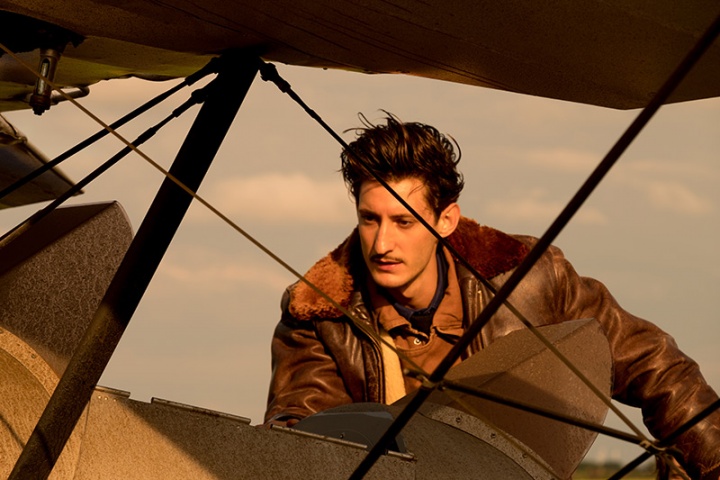 What is the movie about ?

GS: It is a love story between a mother and her son. To please her, he tries to become all she wishes him to be, and he actually gets there but in the same time, he will hate her for that. There is also a patriotic dimension, around how the creation of a hero is made.

The movie is adapted from a book (La promesse de l’aube by Romain Gary)  that children read at school, so the story is pretty famous. As Dutch is my native language, I didn’t know it and I decided not to read it before shooting the movie because the adaptations are, by essence, not really like the original books. I preferred to focus on what the intentions of the director were and on the script, that was already really good.

What I immediately liked about the project is that it occurs on a whole life so we would cross a lot of different time periods and places. Actually, the movie begins on the hero’s childhood in Poland, in the misery between the two World Wars, then gets to his teens in Nice, under the warmth of the Côte d’Azur. The next step is during WWII in Africa and in Europe and at last, some scenes in Mexico at the end of Romain’s Life.

How did the collaboration with the director go ?

GS: In general, I kind of did what I wanted to, even if we sometimes disagreed on things. For example, at the beginning, I wanted to shoot the childhood scenes in Poland in 16mm B&W in 1,33 but Eric thought that it was too much. In the end, he probably was right because when I saw the movie, I thought that what we did for that period was great. Anyways, the director is always right because we are here to get his idea’s into images. (Laughs) 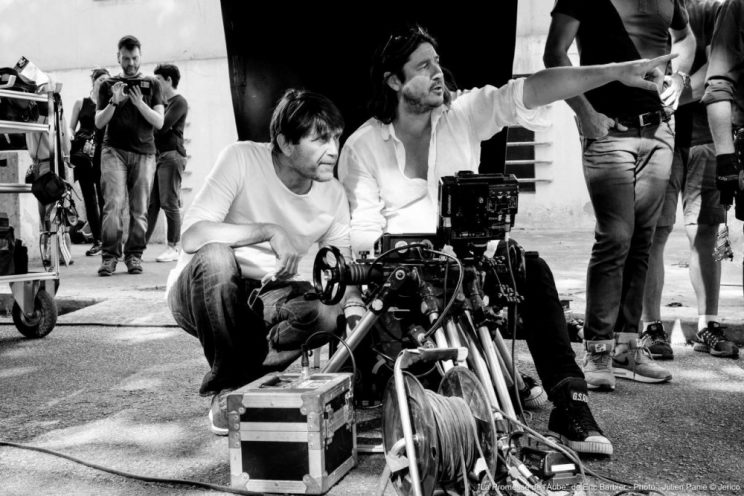 How did the prep go ?
GS: When I got on the project, a lot of things were already done. The art director, Pierre Renson, a compatriot, had already found a lot of sets, which is normal of course. So we went on location scouting pretty quickly.

GS : I wanted to give a different look to each time period. Beside the 16mm, which I spoke of  earlier, I also wanted to shoot a part with the Alexa 65 but there were none of these available at the time so we ended up shooting it all with the Alexa XT but with different lens sets.

Fot the first part, I asked Guy Mcvicker from Panavison Los Angeles to build a set of uncoated spherical lenses. Guy had already build me a set of uncoated anamorphic C series for Margueritte. What I like about this rental house is that I can really ask them what I need aesthetically and they present me some lens combinations that fit my needs. For the lighting, I tried to create something that wasn’t colorful and really soft. It was the first time that I worked with LED’s. I discovered the Skypanels. I used 4K’s Goya’s with Chimera’s on them for the interior scenes. With the uncoated, it gave a soft and enveloping light, creating stray lights but without the anamorphic flare, which I liked a lot. 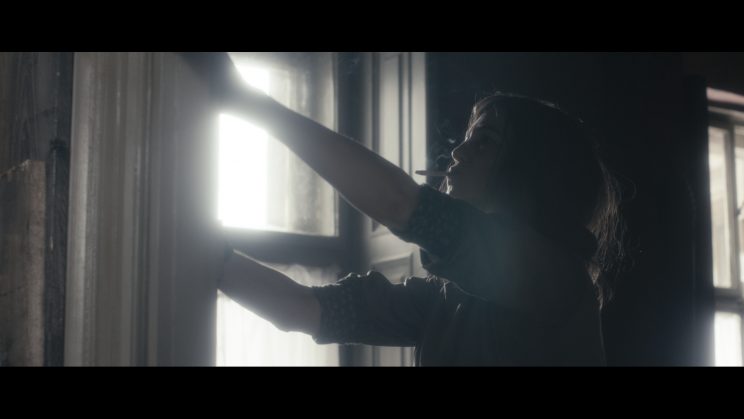 For Nice, we used another setup. We used only tungsten fixtures. I attacked with 24K’s through the windows. We wanted to feel the sun so we went for something a lot warmer. For the lenses, I used a set of spherical Primo 70. These are also interesting for their blurry parts. 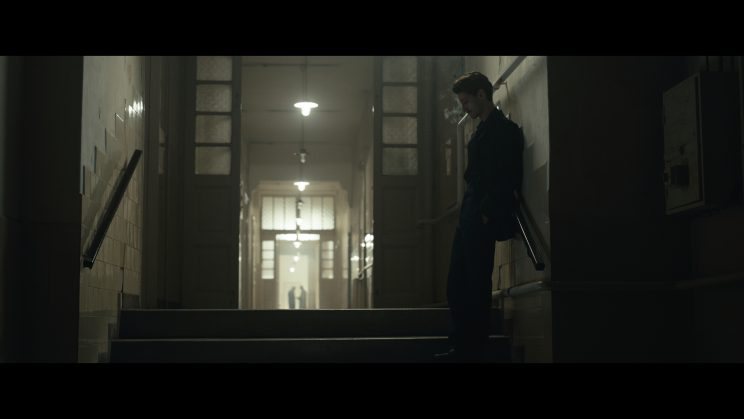 For all the war scenes and the after war ones, we shot with anamorphic G set lenses. I used a lot of flares, it is pretty classic but it works. 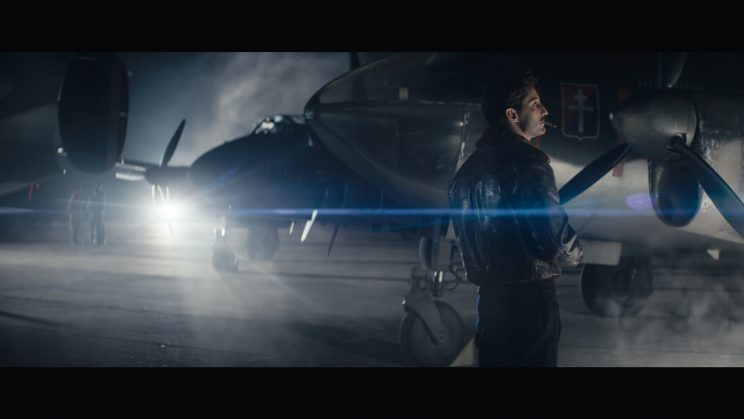 For the Mexican part, we also shot with the Primo 70 like for the part in Nice, but it was all handheld.

To me, all these changes affect the feeling of the scenes. I hope that the viewer will feel it too.

How long and where did you shoot ?

GS : We shot it last summer for 69 days; five weeks in Budapest, for the Polish part and some little scenes like the one in Nice’s station; then a big week in southern Morocco on the Algerian border (we did even take an air charter for the camera crew and material) for all the scenes that happen in Africa; then we shot a big week in southern Italy for all the scenes in Mexico and then at the Italian border for the part in Nice (beside one day in Nice) and at last, we shot one week in Belgium for all the war and aviation scenes in Europe.

I guess that you had to change your crew a lot ?

GS : Yes and No. I managed to keep with me on the whole shoot, my compatriot and first AC, Michel Galtier and another focus puller with whom I am used to work, Olivier Servais, assisted by Amandine Mahieu who accepted to be second AC one more time for this film, and also my DIT, Adrien Blachère. I asked to have them with me all the time since there were two different camera mounts, different formats, three lens sets and we shot open gate.

For the grips and electricians though, since I had already shot in Hungary, I knew that there were some good local crews. I worked with an excellent Gaffer, Krisztián Paluch who had worked on Inferno from Ron Howard or yet Blade Runner 2049, from Denis Villeneuve. For the rest of the shooting, I worked with Vincent Piette, who had the time to prep the material for the transport to meet us in Morocco. For the key grips, it was the same with Attila Szûcs, whom I didn’t know but he was great too, and then Kurt Reybrouck for the rest. That way, we lightened the production costs.

I guess that you operated yourself ?

GS : Yes, I like to frame. Whenever it is possible, I think it is better because you are closer to the actors. The only problem is that your are further from the director, but we can’t have everything, right ? (Laughs). 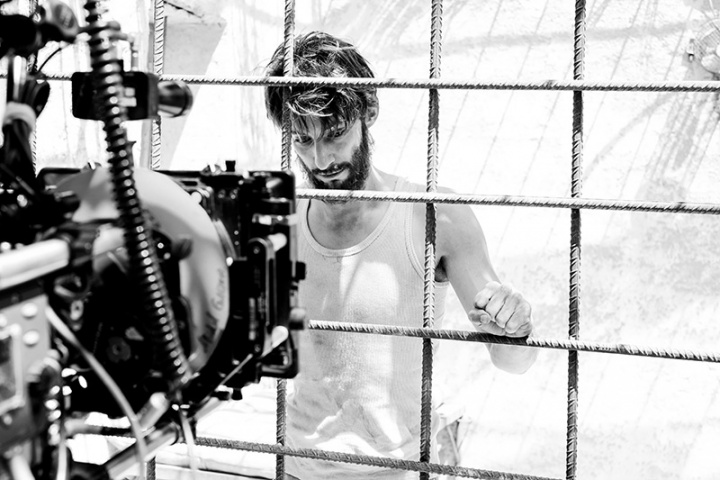 What kind of shots did you do : handheld, dolly, steadicam ? Did you switch in function of the scenes like the lighting and the camera setups ?

GS : We always had a steadicam operator with us on set, Stéphane Chollet or Sébastien Leclerq. They did all the stead shots but they also operated the B camera when we had some scenes with two cameras and some scenes of two or three shots without dialogue, such as the ones where the kid jumps in the water or those where we see Pierre Niney with De Gaulle (shot on green screen). So I think that it was an interesting B camera.

Everything that happens in Mexico is handheld.

Other than that, whenever the budget allows it, I always take the Aerocrane, a kind of jib that I use with a two axis head. So I can make some little crane and traveling moves with it. Of course, in Morocco, we wouldn’t place tracks in the desert so we did everything with the stead.

GS : When you work with some great actors like Charlotte (Gainsbourg) and Pierre (Niney), it can only be good. Charlotte was amazing. She had a whole part of her text in Polish, which is not given to anyone. Pierre is very professional, very conscientious: he would always watch the takes and every time Eric said that we got it, Pierre would ask for another one, for him. Sometimes is was better, sometimes it wasn’t.

I know that they were struggling to find a little boy who could speak french and polish. They ended up sticking papers everywhere in Brussels and a polish woman, on her way to the bakery, saw the paper and thought that her boy could match with the criteria. They let him do the casting and it matched immediately. The boy, Pawel Puchalski is excellent, a real talent, a new star for the Belgian cinema. 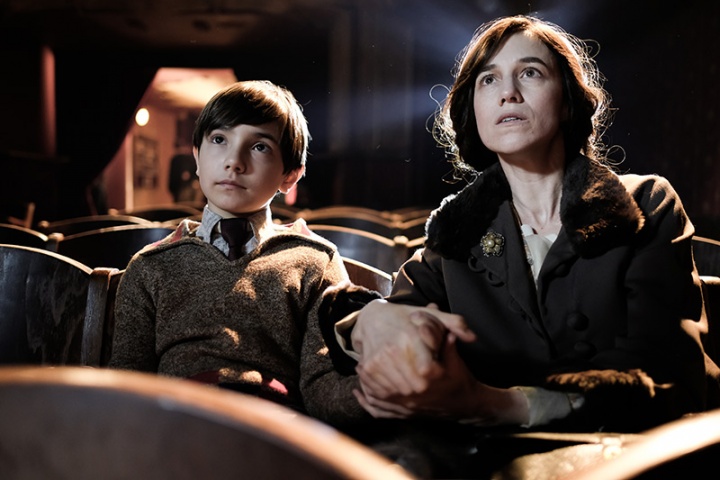 How did the collaboration with the other departments go ? I guess that there was a lot of make up work, to get the actors to look older and younger ?

GS : Yes, there was a special crew that came just for that. They were very good, very precise, to the smallest details : the neck’s folds, the stains on the hands…

The crew of Digital District, who did all the digital special effects was great too. Especially for all the cockpit scenes, that were shot on blue screen and are perfectly made.

I think that we all had fun making this movie and that there was work for everyone.

You told us about a DIT earlier. How do you work with him ?

GS : I ask him to grade on set with me and then, he sends his color graded images to the post production at night via internet.

Do you know what was the budget of the movie ? Did the image represent a big part of that budget ?

GS : No, I don’t know it exactly. I know that it was a lot, but I have no precise idea. I had two cameras, three different formats, but I don’t think that it was too much compared to the size and the ambitions of the movie.

Did you have any particular problems to solve ?

GS : We had to cancel two shooting days for financial reasons, which made us cut on some war scenes. We know it, but I don’t think that the viewer will notice it.

GS : Due to geographic distance reasons, I wasn’t invited. But my DIT was there so he knew the look I wanted pretty well. And of course, they sent me images by e-mail, that way, I could tell them when things needed adjustments, but it is not the same than being there. It is always frustrating…

GS : I always find it tough to say what we think about a movie that we shot, I mean, to have enough distance to not see the shooting when we watch the movie. I went to a projection here, in LA, with my wife and some friends, with my colleague from Panavision among them. They thought that it was amazing and touching, which is all I ask from a movie. It is pretty long but we don’t feel it because everything works great. It is a movie to watch and I think that due to the popularity of the book in France, it is going to be a real success. 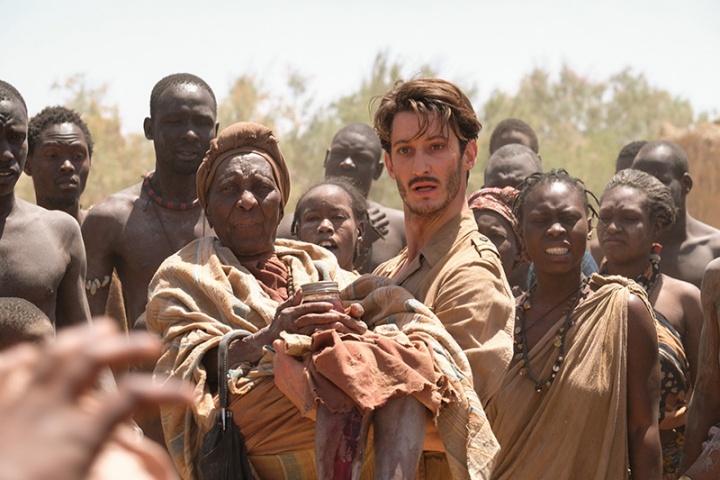 Steadicam and B Operators : Stéphane Chollet or Sébastien Leclerq