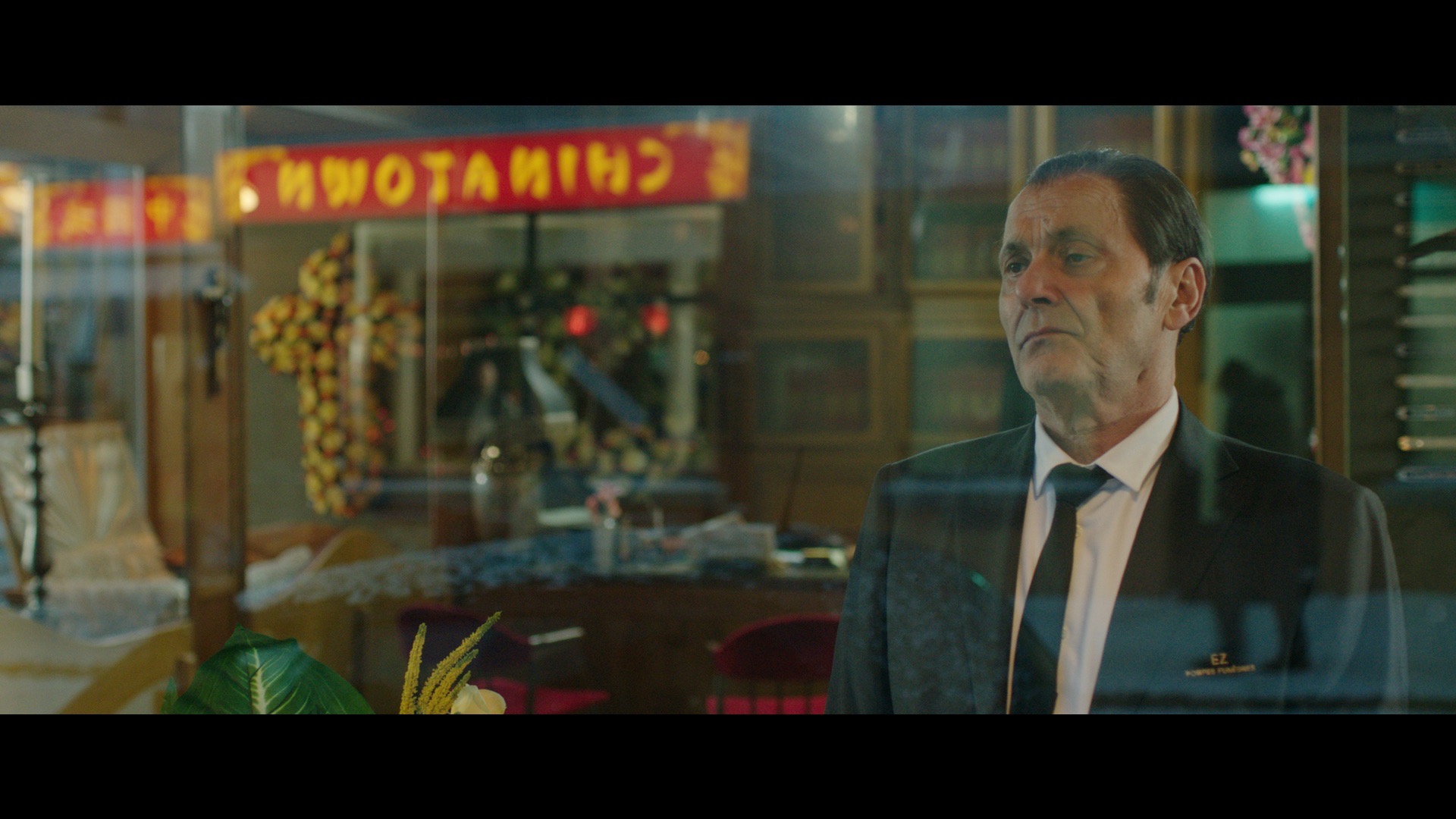 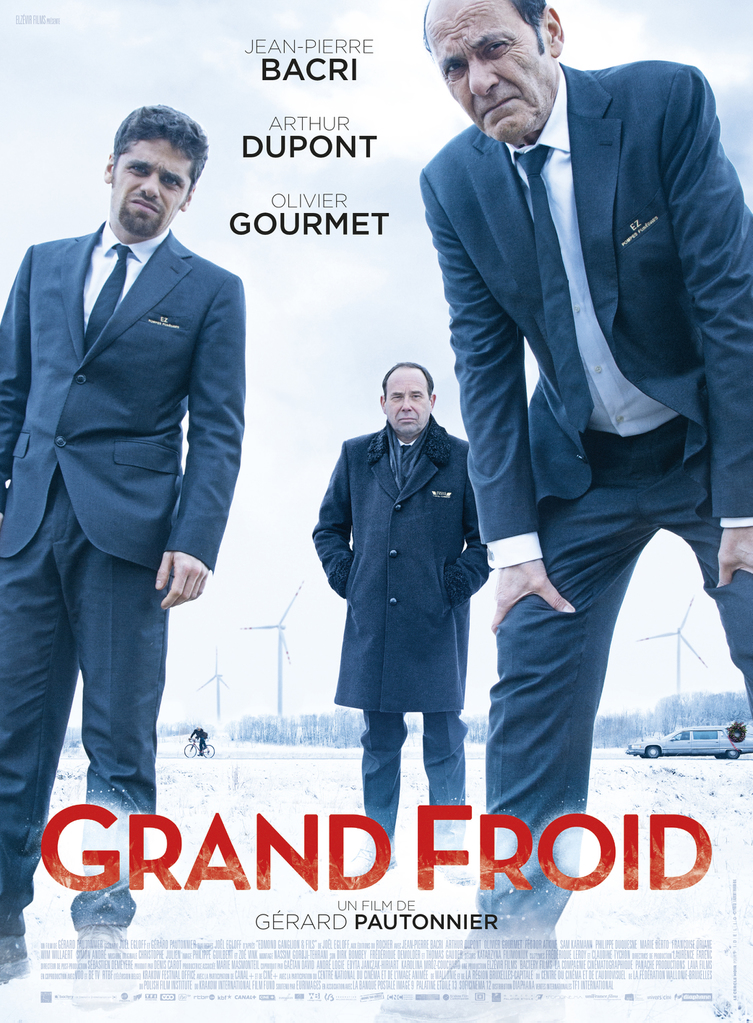 We enjoyed the release of Grand Froid from Gérard Pautonnier to ask him a few questions about his work as a DOP.

Synopsis: In a small town, in the middle of nowhere, Edmond Zweck’s funeral services business is falling in bankruptcy. The company is only employing two fellows: Georges, Edmond’s right hand and Eddy, a young novice in the job. One day, someone dies. The hope is back at the funeral service. Georges and Eddy are missioned to drive the dead body to the cemetery, but, when looking for it, the funeral convey gets lost and the trip turns to a real drama. 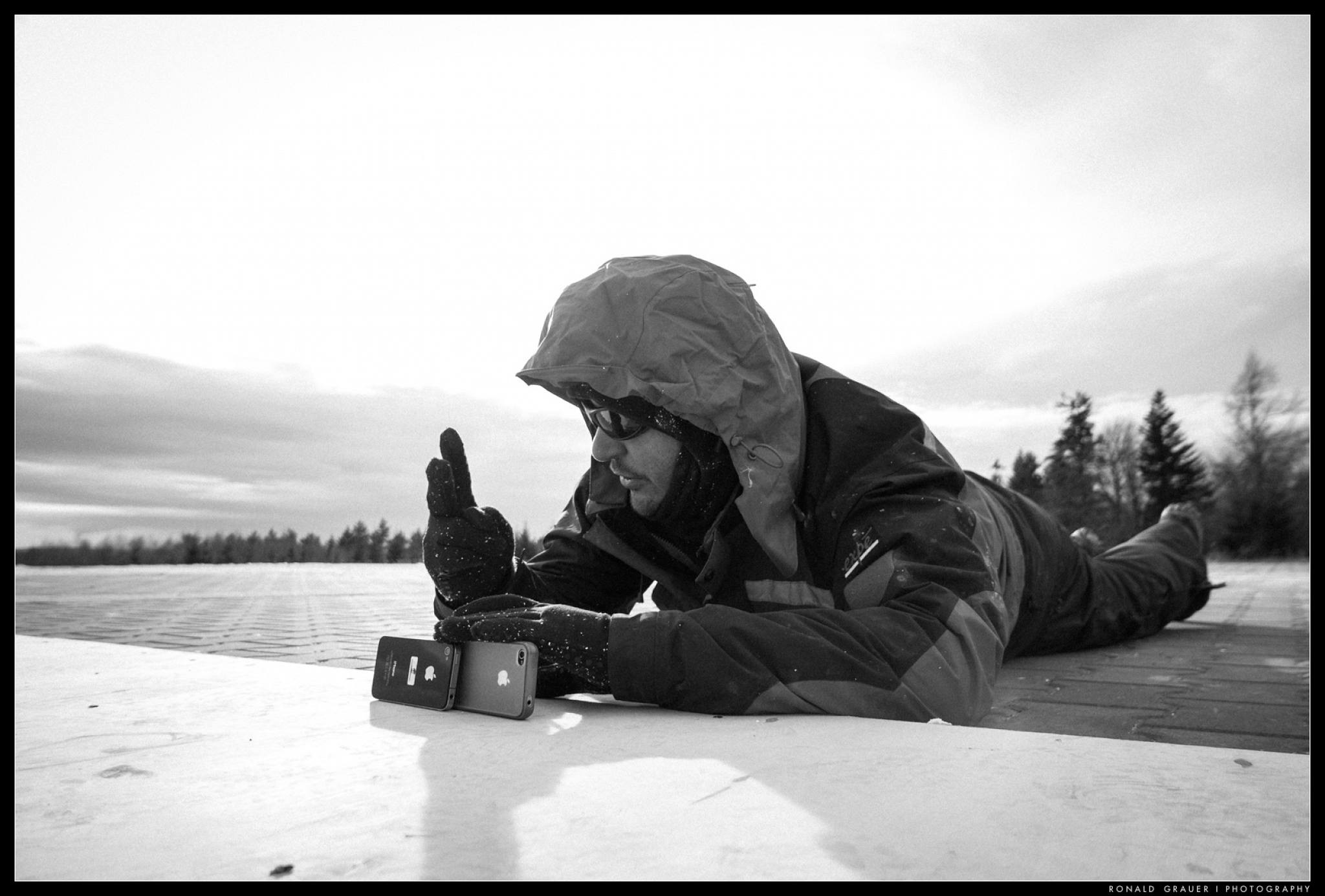 What is your career ?

PG: I studied at the INSAS. When I got out of school, I started to work as an AC, but I have to admit that I wasn’t really good at it. Then, I became a news cameraman, for CNN and almost every Spanish news channel. I filmed a lot of the European Community reunions and events that happened in Eastern Europe. I was lucky enough to cover the fall of the Berlin wall. It was a fascinating period in the East. From there, I went to documentary and then short films. After that, I shot Les convoyeurs attendent from Benoit Mariage and it opened me the doors to feature films. 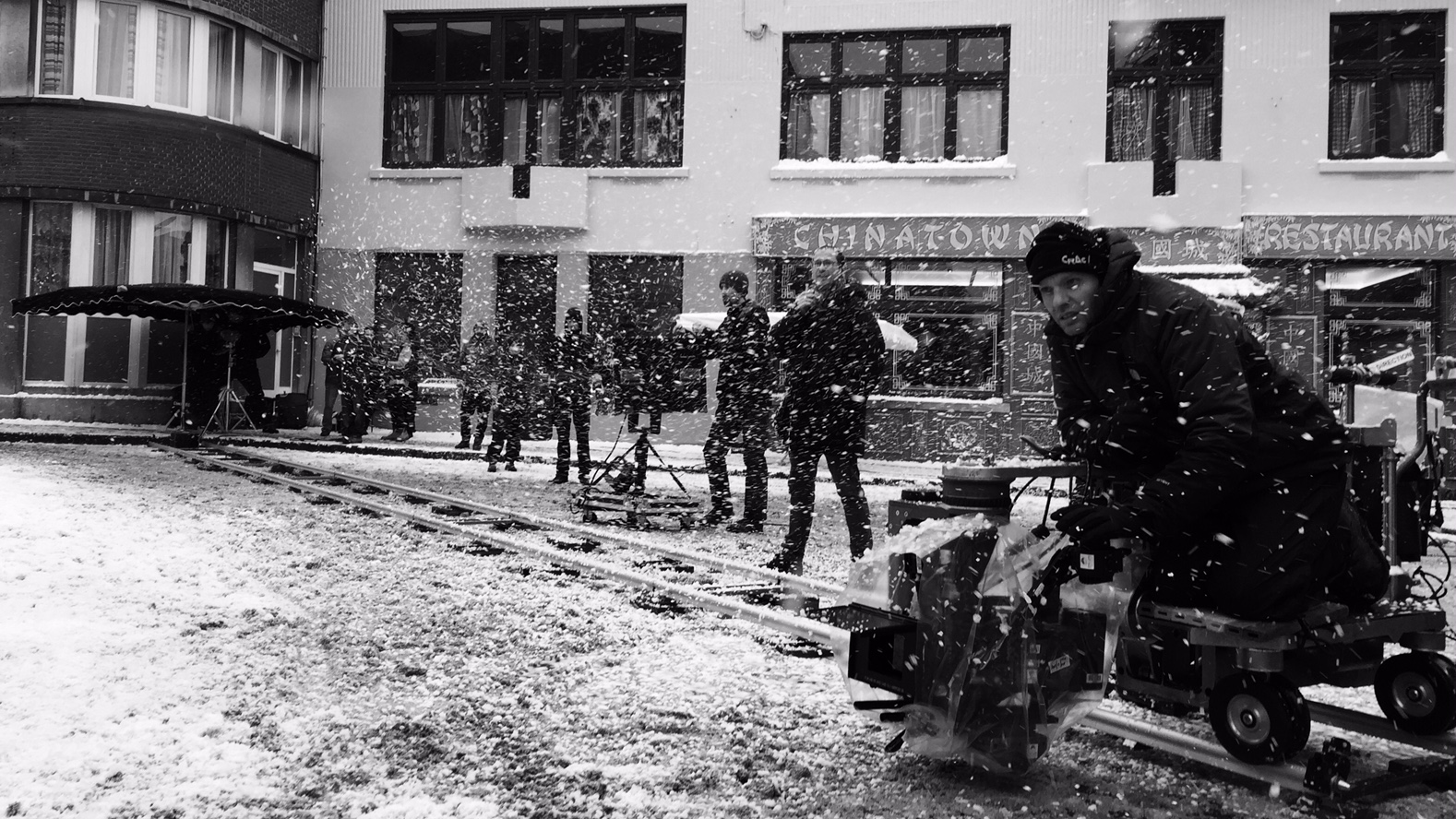 How do you see the DOP’s job ?

PG : I shoot a lot, but I am not that much of a technician. I admit that I have some gaps in the technical department. I am more a collaborator of the director. I like the lighting which is not perceptible. To me, the nicest light is expressive and naturalist. Then, it depends on the project of course. Actually, I like to do different things. Recently, I worked on Jaco Van Dormael’s theater “Kiss and Cry” and I found it to be fascinating. I also went back to documentary: “Iran Paradox” from Valerie Urrea and Nathalie Masduraud who brought me to Iran on the tacks of woman photographers. I discovered a fascinating country and really mind-opened people. It was funny because the production was worried about giving the job to someone who was a fiction guy, they thought that I wouldn’t be able to deal with the Alexa Mini on my own. I loved to get back to documentary because in reality, it is the basics of the sight. Since you don’t have the right to mistake, you have to adopt a right sight and a huge sense of humility. 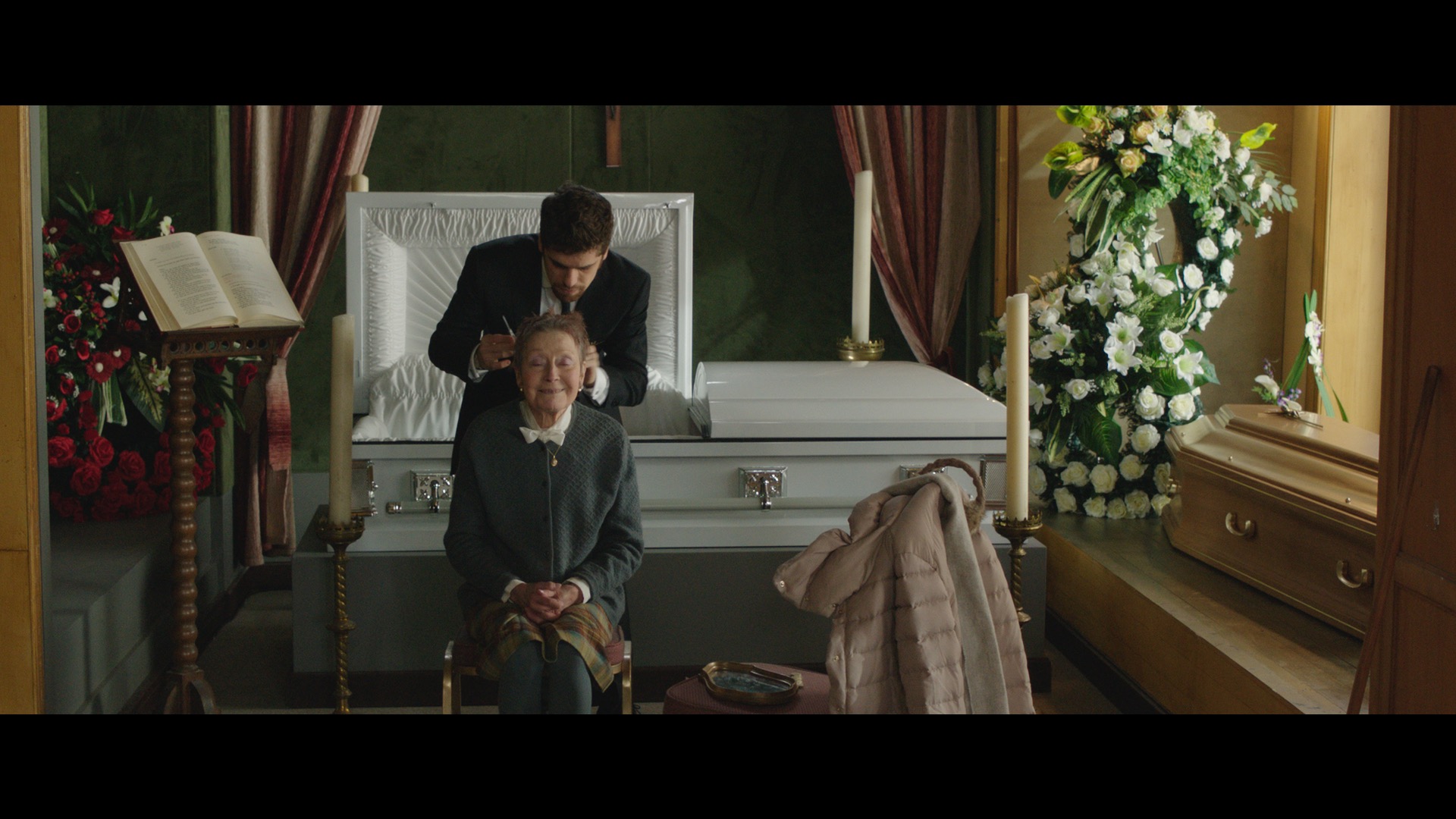 What is “Grand Froid” talking about, in your way ?

PG : It is a road movie in the snow, with one hearse and two undertakers. A western in the cold.

How did you get onto the project ? Did you know Gérard Pautonnier before ? How did your collaboration go ?

PG: It is Gaetan David, the producer from Anga Productions who introduced me to Gérard. It was his first feature . He had just won the Grand Prix du Public at the Festival Premiers Plans in Anger 2015, and numerous other prizes for his first two short films : “Chippendale-Barbecue” and “L’étourdissement”. I loved to work with him, because he has a real universe. He is pretty direct and not always realistic, but really interesting. 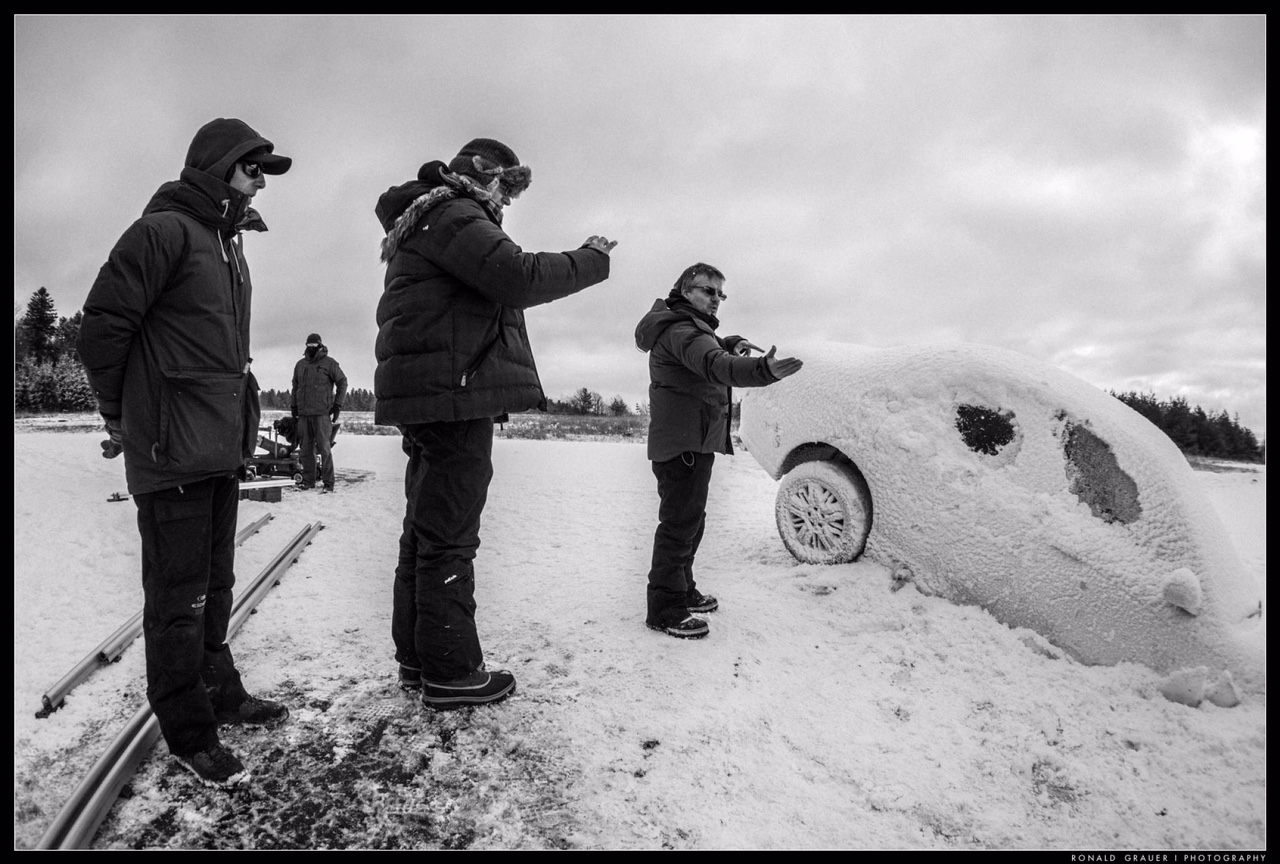 PG: Gérard wanted something that was visually strong and I think that we succeeded. Location-wise, we had two distinct places that confronted each other. The time period could not be recognizable so we chose costumes and props (including the hearse) that could be from the 90’s or the 80’s as well as from today. We desaturated in general and cooled the image down, except for the church, where we kept the vivid colors from the stained glass. Our main reference was “Fargo” from the Cohen Brothers. For the frame, we wanted something that would be graphic. The choice of the scope aspect prevailed because it allowed us to cover the whole windshield of the hearse, which was our main set. It also helped me because the scope allows to frame two characters side by side, which often was the case. And the road movie imposed the scope. 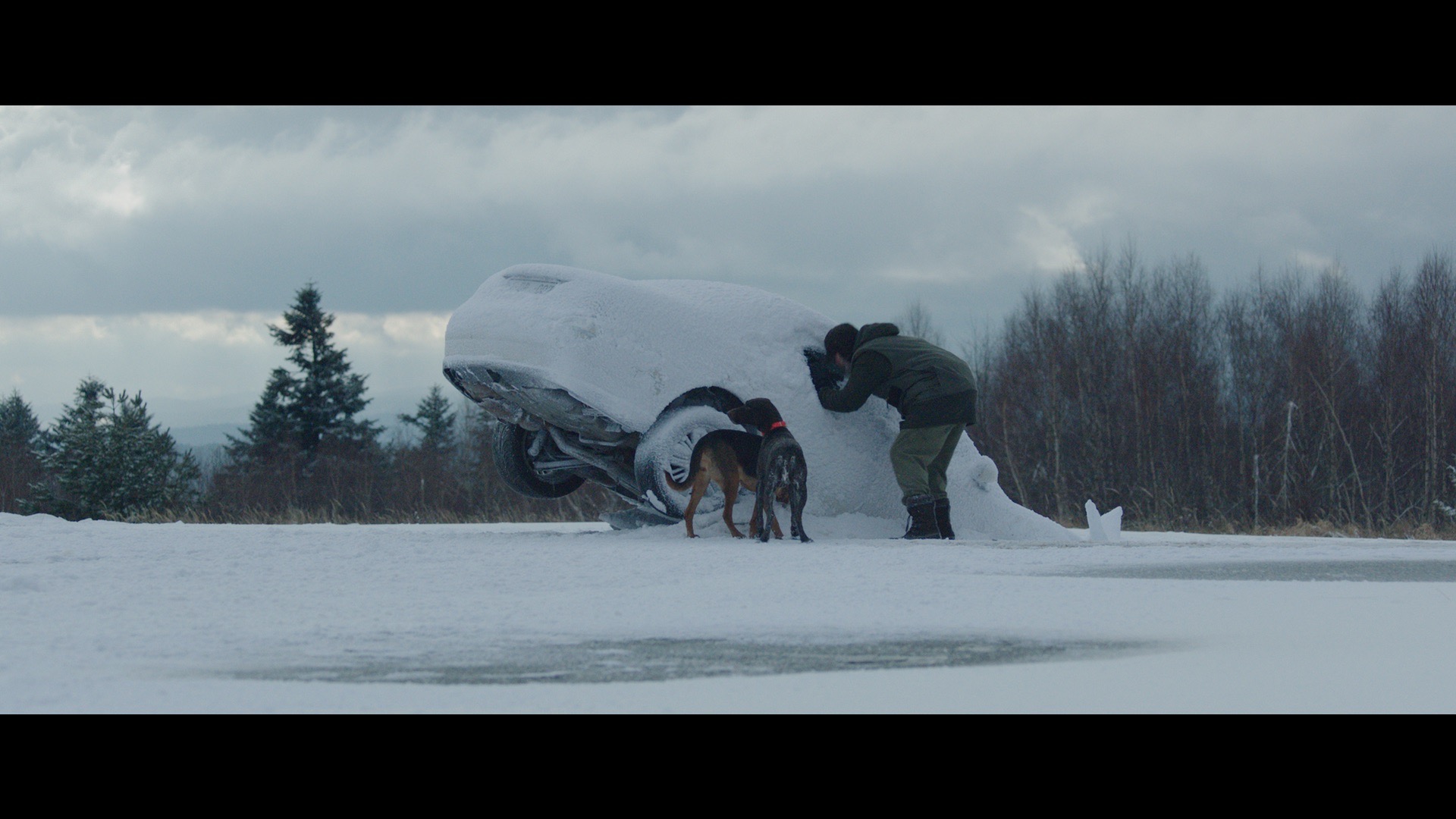 How long was the shooting ? And where did you shoot ?

PG: We shot for three weeks in Jemappes (nearby Mons) for all the crossover scenes (the scenes at the funeral service, opposite of the Café, the only survivors of the town)and 23 days in Poland between Feb. and March 2016.

Did you meet any difficulties ?

PG: Yes, a lot! We almost had no snow, and it was one of the narrative elements of the movie. Even in Poland, during the 23 days, we only had 6 days of snow. It was horrible! And it was really hard for Gérard. We were gone for a roots movie in the snow and in the end, we didn’t stop running after the snow. We had to push some scenes to later, when the snow finally came. The production recommended us to look after new locations, to change the elements, but Gérard had his precise ideas, like for example, a wood without pine-trees, and he hung on! The location scouting was very precise but we didn’t anticipate the lack of altitude. When we are inside the hearse, thanks to the blur, we managed to do something with the color grading, but for many scenes like the one of the lake, we had to cheat by combining fake snow and a huge intervention of the VFX (Benuts) 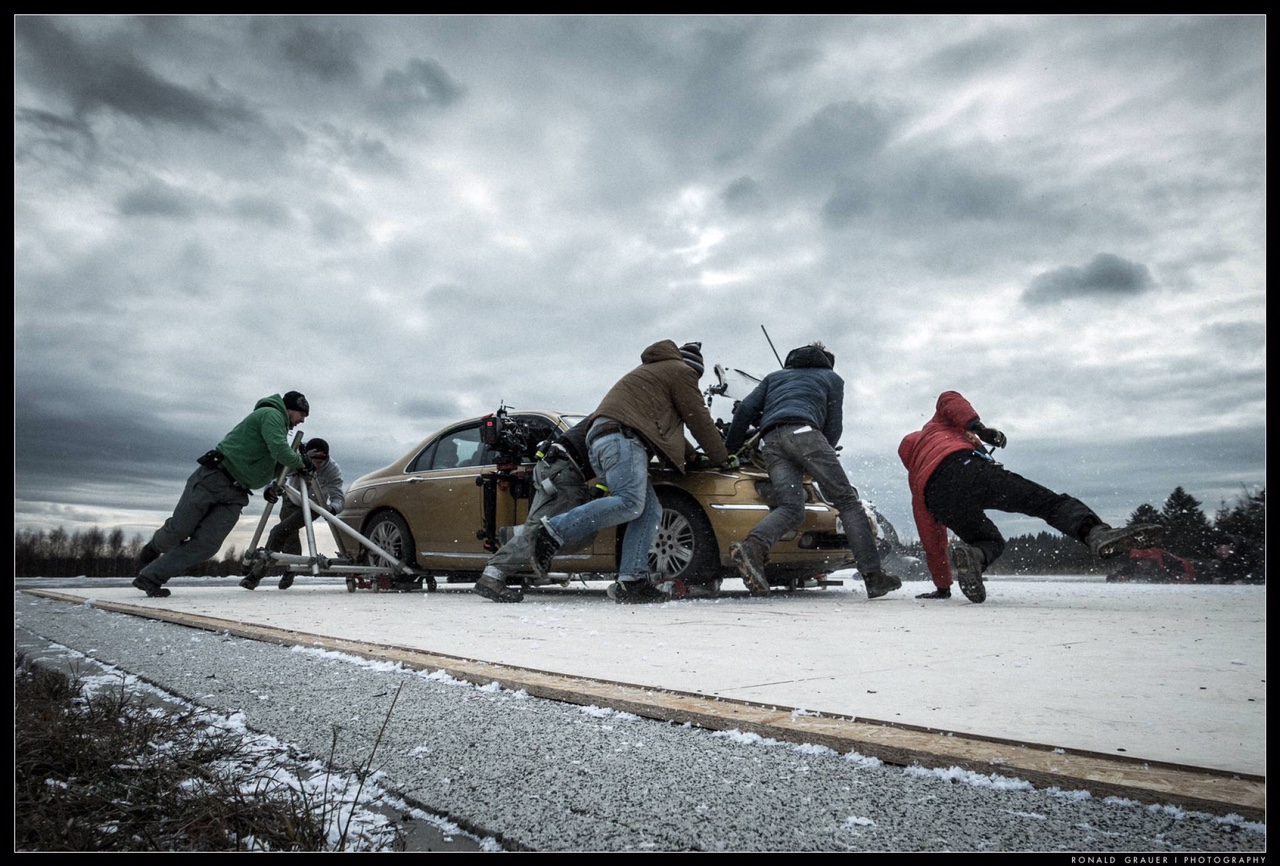 What did you shoot with ?

PG: We shot the movie on two cameras: One Alexa XT and one Alexa Mini. I chose the Cooke S4 rather than scope because of the tight budget, I would have liked the Summilux, but as I said before, we were on a tight budget (which is the case for almost any shoot I do)

For the lighting, I had two Arri M90, one M18 and SL1’s mainly, plus some extras like Kino Flos and other small sources. In one of the scenes shot by the wind turbine, Gérard wanted some shadow effect to remind the propeller movement. My gaffer, Didier Versolatto did it mechanically. 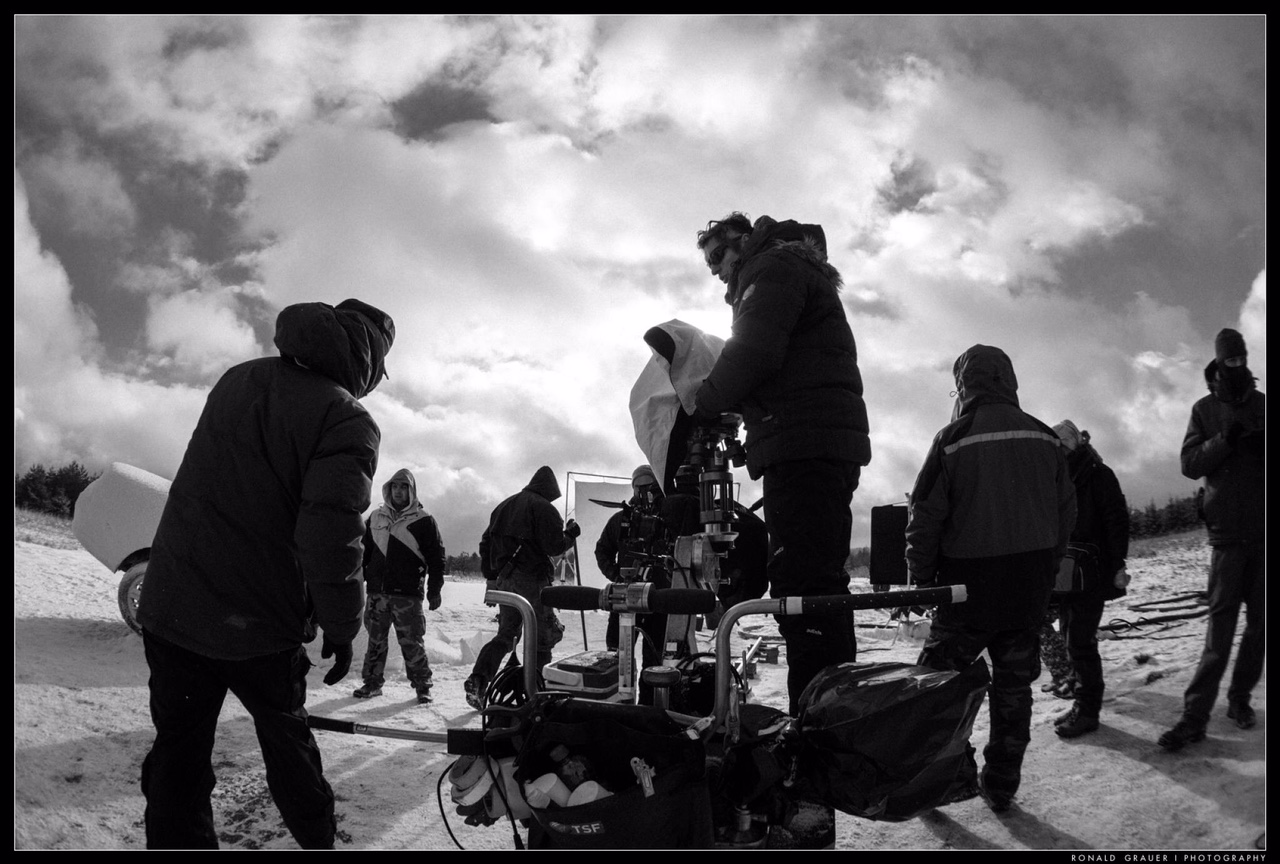 And for the frame, what did you have ?

PG: We did everything on dolly and slider. There is no handheld or steadicam. For the Belgian part, there was only one camera, but for the Pole part, my First AC and friend, Zoé Vink, operated the second camera. She also was the second unit DOP because we often divided the crew to shoot in the snow, as there was only a small amount of it. One of the most amazing scenes, frame-wise, is the car wash scene. Gérard wanted to make a top shot in movement inside the hearse and in the car wash. As it was the last scene that we shot, my key grip, Réginald Desy told me that we could cut off the roof of the car and install the track right on it. With the lighting, it gives a beautiful and intriguing opening shot. 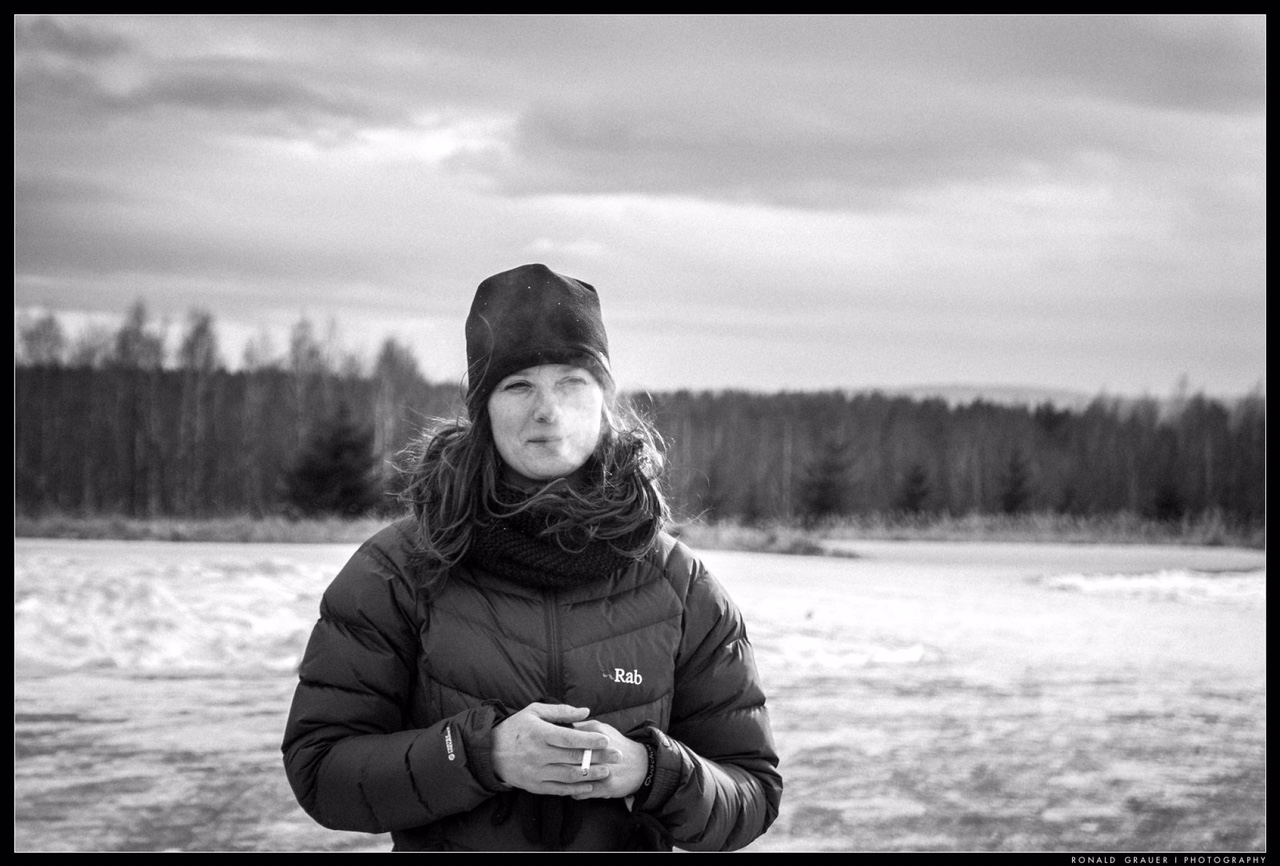 PG: It was fantastic! The cast was great. I knew Olivier Gourmet already and Jean-Pierre Bacri, as well as Arthur Dupont, are extraordinary in their generosity and sensitivity. They are all really their own characters.

And how did the post-production go ?

PG: Well, it was way longer than expected because of the VFX. We graded it at Technicolor with Natacha Louis who did an amazing job. She is my favorite colorist, but this time, she went over the limits to help the VFX, for example by freezing the trees and by re working on all the scenes without snow. She dealt with the continuity with Ronald Grauer who snowed some really nice scenes of the movie. And I think that our producers did great too, because the shock was huge for them. 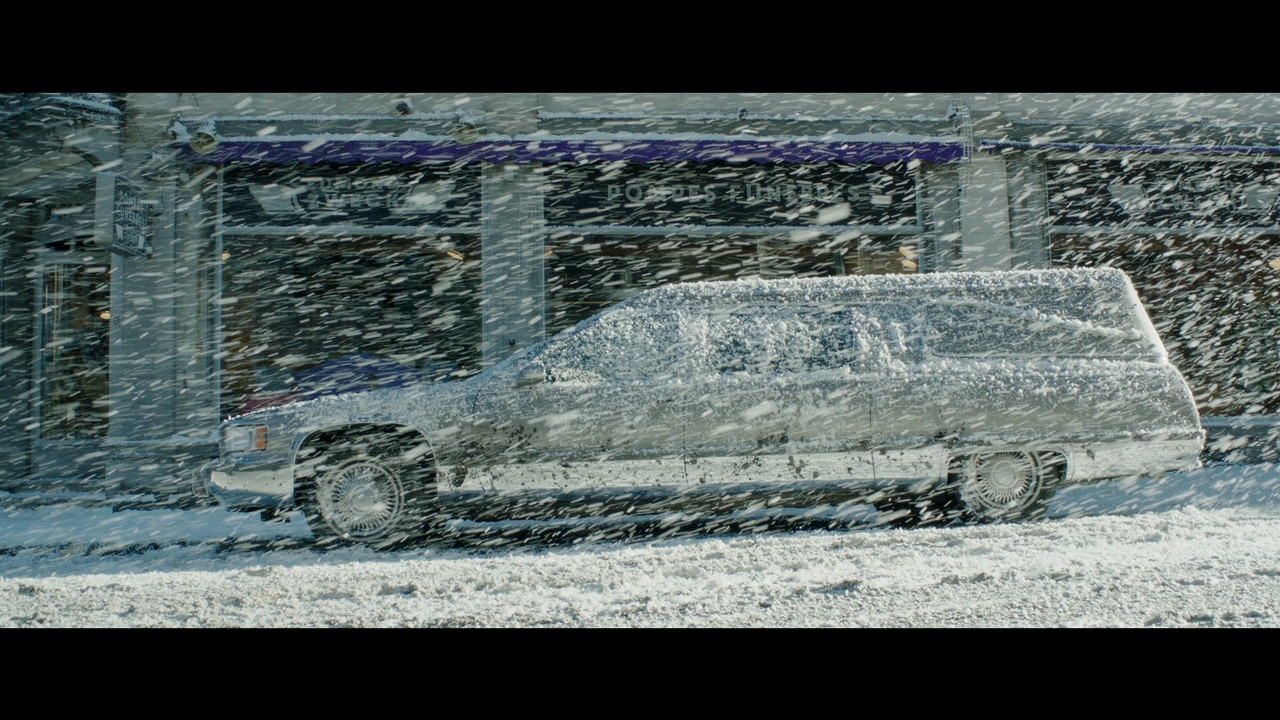 What do you think of the result ?

PG: I find the universe to be great, Gérard’s ideas were respected and the movie, in spite of the circumstances during the shooting, is taking. Really strange!