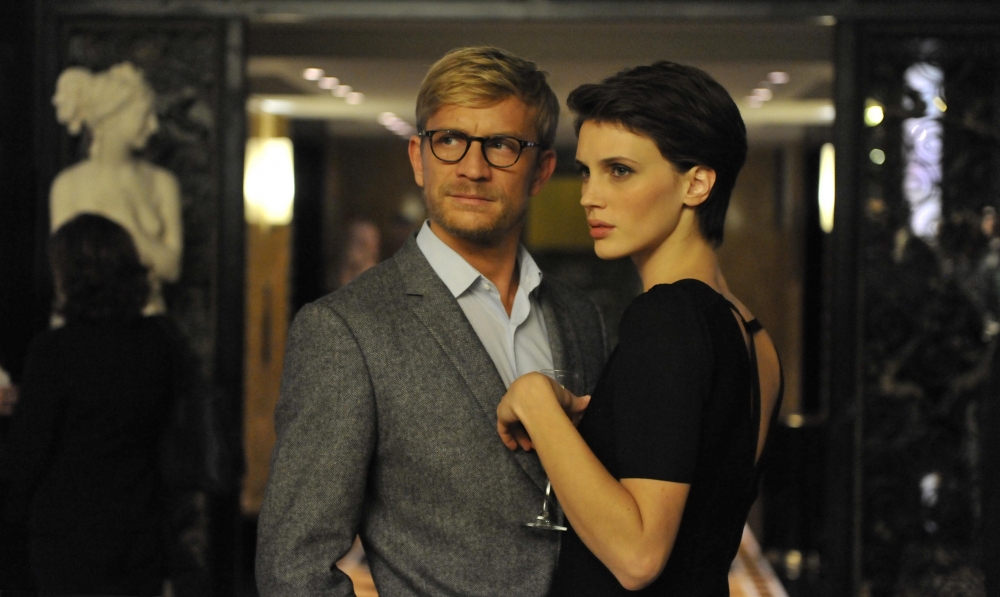 Manu Dacosse is not to be introduced anymore. Director of Photography and member of the SBC, he won lots of prizes these last years, including The Magritte of the best photography 2016 for “Alleluia” from Fabrice du Weltz, The Magritte of the best photography 2015 for “L’étrange couleur des larmes de ton corps” from Hélène Cattet and Bruno Forzani, the price of the jury for the best photography 2016 for “Evolution” from Lucille Hadzihalilovic and the price for the best photography 2017 at the Sundance Festival for “Axolotl Overkill” from Hélène Hegemann. He is well known for his work on “La femme dans l’auto avec des lunettes et un fusil” from Joann Sfar (2015), “La confession” from Nicolas Boukhrief (2016) or “Un petit Boulot” from Pascal Chaumeil (2016). We thought that the release in Cannes of his last movie, “L’amant double” from François Ozon, was the perfect occasion to ask his a few questions on his work. 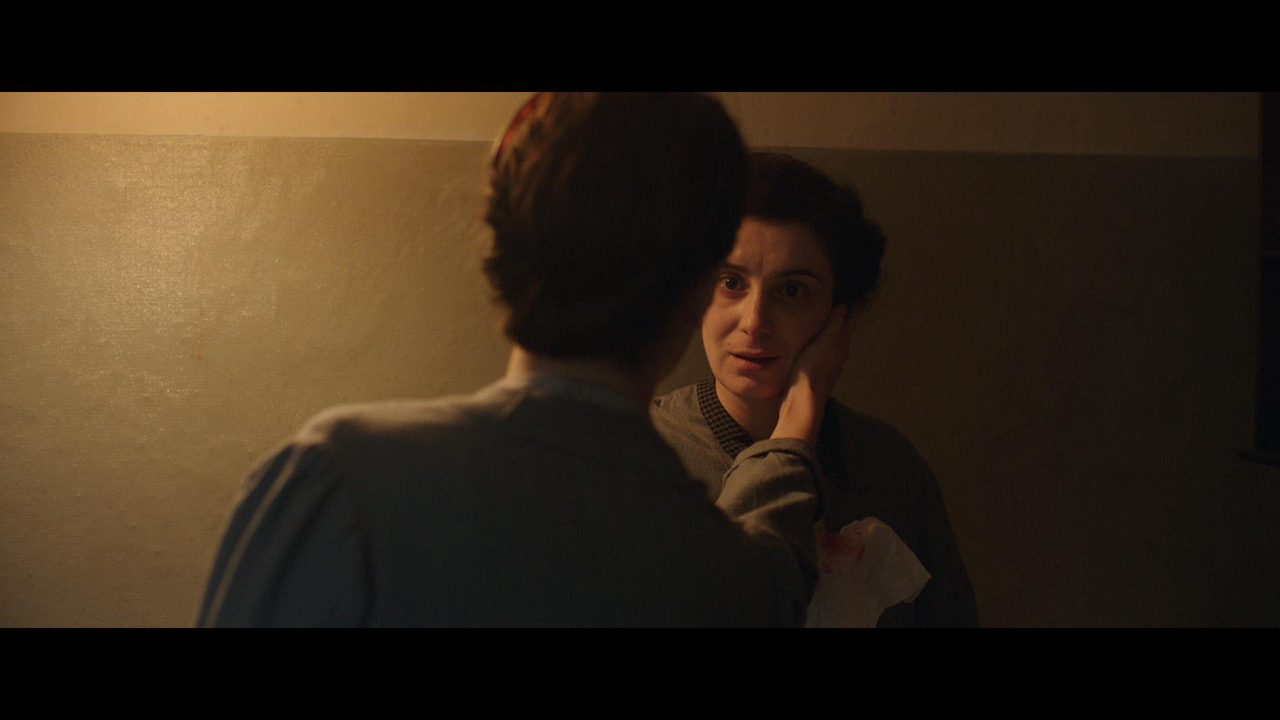 Synopsis: Chloé, a young and fragile woman, falls in love with Paul, her psychotherapist. A few months later, they move in together but she discovers that her lover has hidden her a part of his life.

There are already a few interviews and articles about you so I know that you started shooting short films around 16 with friends, that you then entered the IAD where you met Hélène Cattet and Bruno Forzani, who you made your first movies as a DP with. What can you tell us about your career ?

MD : Well, before I got into the IAD, I did the INRACI in photography, but it didn’t suit me at all.

Then, at school, I almost didn’t work with Hélène and Bruno, at least not as their DP. One day, I saw them in the street and I knew via a friend that they were prepping a short movie, so I simply asked them if they already had a DP and that’s how we started working together. I think that what they immediately appreciated was my honesty: I told them since the beginning that I didn’t understand much about what they were doing, that I didn’t know, because I didn’t come from a very cinema-fan family. Thanks to them, I discovered the cinema of the seventies, including Gordon Willis’s work, and I was fascinated.

When I got out of school, I worked for a television company for one year in Brussels. I was mainly doing the news and it intoxicated me. I realized that even when I wasn’t doing news jobs, I was shooting it like if it was news. I was disgusted. At that time, I had a friend in Lebanon who was also doing photography, Yves Sehnaoui (French-Lebanon DP, known for his work on “Caramel” from Nadine Labaki) I called him and he told me to join him there, he told me that the commercial market was exploding in the country. I stayed there for a few years. I worked mainly as a first AC, for commercials but also for feature films. After “Caramel”, I came back.

When I got back, I became Flying cam AC. It was the equivalent of today’s drone. Thanks to that, I traveled a lot and I did some big commercials and big movies, as a B cam operator. I learnt a lot there because the B cam often shoots less than the A one so I could observe the work of great DP’s.

Your style is kind of schizophrenic. On one side, you create some really strong, particular and a little strange images in films de genre that you made in collaboration with Hélène and Bruno, but also with Fabrice du Weltz, Lucille Hadzihalilovic and Hélène Hegemann. On the other hand, you made some more classical movies in the cinematography, but still really beautiful like François Ozon’s last movie. What’s your favorite style, if you have one ?

MD: I actually don’t have any. The DP’s role is to adopt the director’s world. I don’t have my own style. I am simply a sponge. Hélène and Bruno want a stylish and not natural light. Fabrice prefers a really naturalist lighting, but visually interesting. Each light has to be justified and in the frame. With Hélène, it’s different. It was her first movie, she is only 23, so I had to be with her. She is very literary so her intentions were intellectualized. In the end, I led her to easy choices: two focal lengths, a fifty and a hundred millimeters, everything handheld. Lucille, one her side, didn’t want to have any projector. She suffered too much of the heaviness of the image equipments in filmschool. She wanted a small crew and more freedom in the directing. I worked only with light bulbs and neon tubes.

A lot of these movies have a common topic: The craziness. How can you work on that with the image ?

MD: To me, the image of the craziness is the one of a guy walking towards the darkness. But it is actually all the extremes: the under-exposition, the over-exposition, when you detach the lens from the camera, when you change the shutter speed, … Anytime you go against the classical codes of the image to go towards the character’s state of mind. For example in “Alleluia”, I pushed the grain of the film to its maximum.

How did a director like François Ozon, who’s style doesn’t match with the one in the movies that you have done, call you for his next movie ? What was he waiting from you ?

MD: It is Pascal-Alex Vincent (french director and screenplay writer, mainly known for “Donne-moi la main” and “Miwa, à la recherche du lézard noir”) who recommended me. He saw a lot of the movies I have done because he is a fan of the film de genre. I think that François chose me after he watched “Amer” and “L’étrange couleur des larmes de ton corps”. He wanted to approach “L’amant double” like a film de genre, but not at all like the other ones I did. I think that what he liked about me is the fact that I am free enough to accept all these different lighting techniques. That’s what interested him: the freedom. He wants to be able to shoot 360 degrees, zoom-in on the actors in the middle of a scene and in the same time, have a beautiful image. 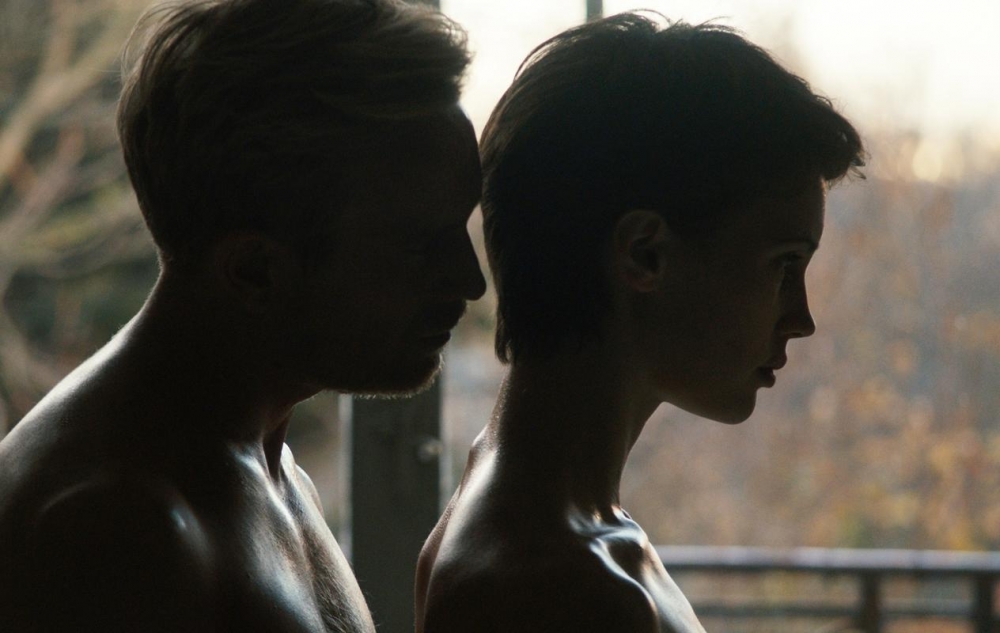 How did the collaboration with him go ?

MD: When you work with great directors such as François or Fabrice (du Weltz), what I like most is that they are extremely exigent with your and their work. That makes you want to go over your fences. For example, Fabrice tested me out during the first week of shooting. He would make me dis-install the things we talked about together during the prep, he would make me change the lighting because he didn’t like it, … All that was only to make me get out of my comfort zone. In his vision of the job, the DP is like the actors, he has to move with the director, he has to identify to him. So they can’t be too comfortable. They also have to doubt. With François, it is kind of the same way of working. He knows the light very well and he doesn’t allow any last minute adjustments, you have to work during your time.

What does the movie talk about ?

MD: It is a movie on the double. Chloé, the main character, is going to discover that Paul, the one she falls in love with, is not the one she thinks he is.

MD: François wanted to be really close to the actors so I lighted the scenes from the outside or with justified lights inside such as light bulbs to leave as much freedom as possible to the camera. He also wanted to work with a zoom lens, which doesn’t bother me as long as we don’t mix it too much with prime lenses, because in that case, the spectator doesn’t see the quality change. The eye gets used to the zoom’s defaults pretty quick if you let him forget them. 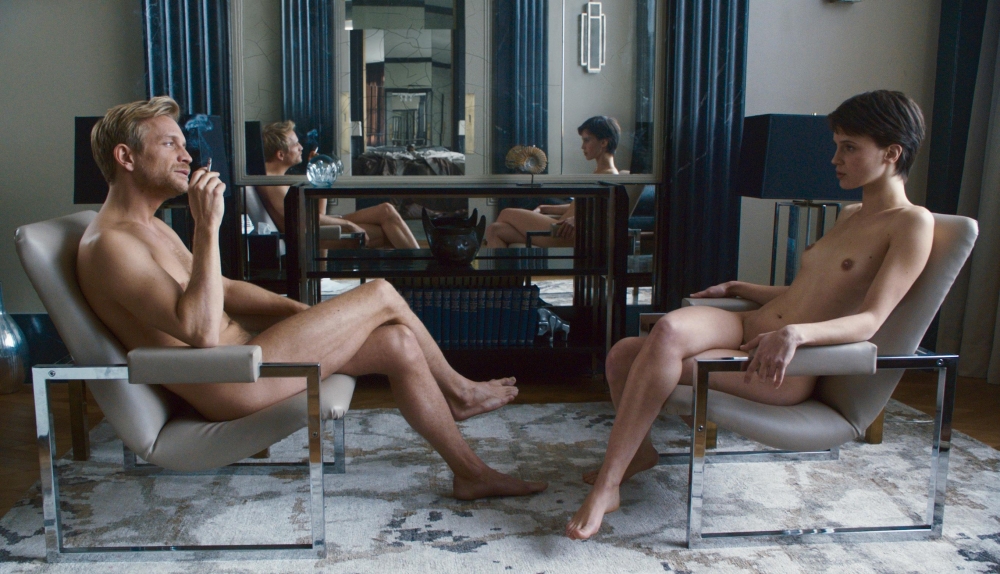 What material did you use ?

MD: We used an Arri Alexa SXT, an Angénieux 18-80 Zoom and Cooke S4 for the steadicam scenes.

And what about the lighting ?

MD: For daylight, I love the Arri M90. Inside, I mainly used Leds such as the SL1 Bi-color that we used with the Wifi network to be able to control them.

Did you operate the camera yourself ?

MD: No, François operated it. It was a new way of working for me. It wasn’t easy at the beginning. He has a lot of experience as a camera operator so it didn’t bother me, but I had to do what he wanted to, light-wise. I rarely had more than five minutes to light a shot, except for a few scenes that were planned in the planning. 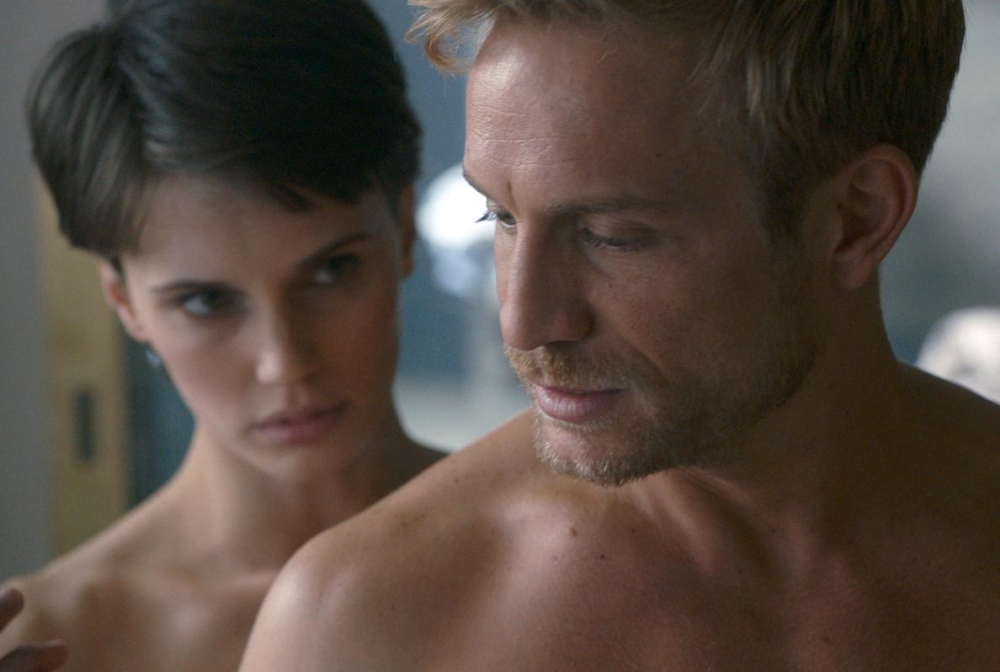 How did your collaboration with the actors go ?

MD: It was delicate because there were a lot of nudity and sex scenes. Fortunately, Marine Vacth trusted me because we had already done a movie together before. And it was relatively easy with Jérémie Renier. With Jacqueline Bisset tough, it was way more complicated. She is a really beautiful and talented woman but she has a certain age and like all the actresses of her age, to improve her photogenics, she wants to be lighted from the front, which doesn’t interest me that much. I had to find some solutions. I would place a large and diffused light source in front of her but I would move the backlight a little bit to model it. But the hardest part of it was when we shot the craziness scene. With François, we wanted some contrast, a cold lighting that moves circularly. And that was really hard…

I saw in the credits that there was a big SFX crew. Are there a lot in the movie ?

MD: Yes, two scenes were complex to shoot. We did a few shots where we replaced the faces with other ones in post.

MD: In general, I am happy, but then, there are always thinks to improve. 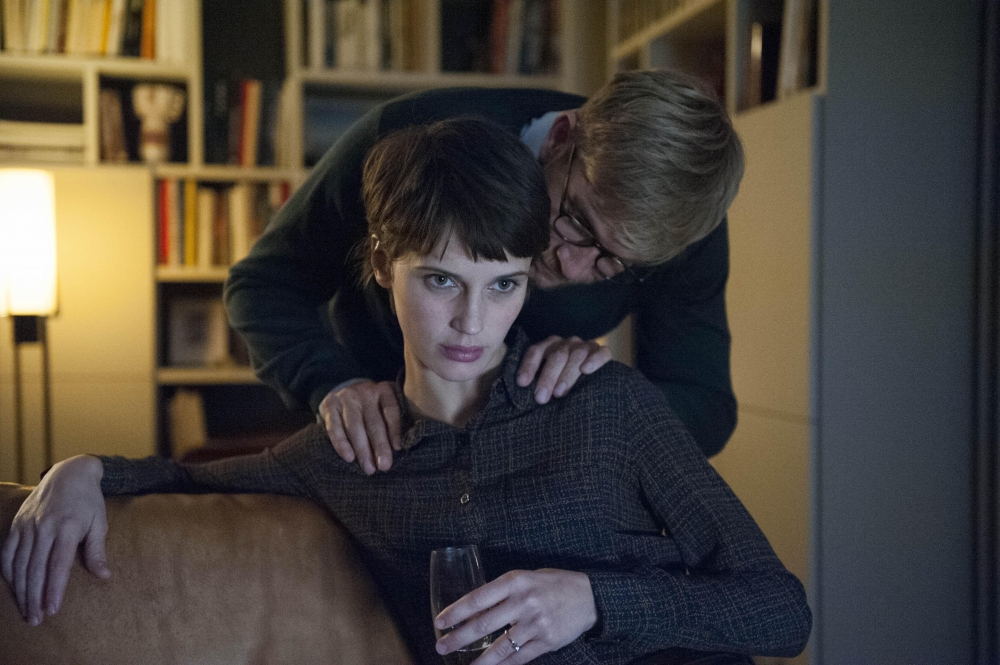