Frank van den Eeden is an interesting cinematographer. He is mostly known for his work with Flemish directors such as Fien Troch and Jan Verheyen and has already won several awards for his work such as the best cinematography award at the 51st Chicago International Film Festival in 2015 for ‘Full contact’ by David Verbeek, as well as the best cinematography award at the Ensors 2014 Oostende Film Festival for ‘The Verdict‘ by Jan Verheyen and the same award in 2012 for ‘The Invader’ by Nicolas Provost. As one of his most recent film, ‘Home’ by Fien Troch, won best director in the Orrizonti section at the 73rd Venice International Film Festival, we tried to know a little bit more about his work.

Synopsis : ‘Home’ tells the story of Kevin, 16, who has just been released from a remand home. Going back to live with his parents is no longer an option, so he is going to move in with his aunt’s family. Will his new home be able to save him from juvenile delinquency? Or will he miss this opportunity? 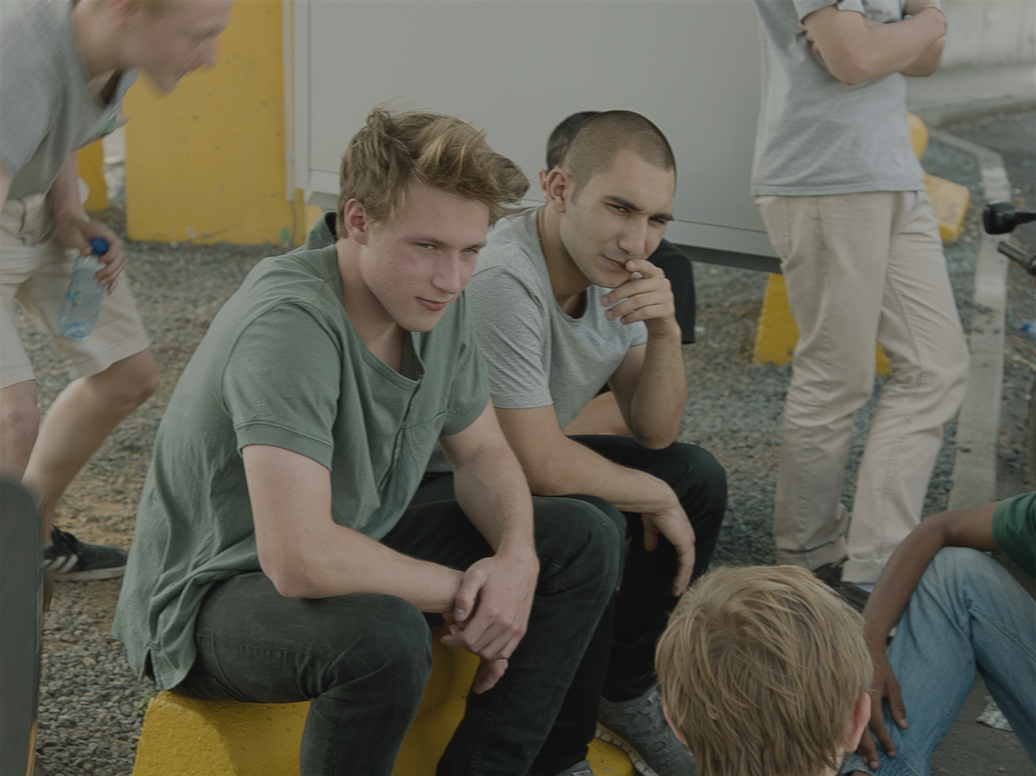 Can you give us some info about the content of ‘Home’ ?

FvdE : ‘Home’ is about the tension between two generations, about the struggle between a group of teenagers and the adults around them, about dysfunctional relationships.

I think it wasn’t you first film with Fien Troch ?

FvdE : It’s my fourth film with Fien. Before we did ‘Kid’, ‘Unspoken’ and ‘Someone Else’s Happiness’.

Can you tell me about your technical and/or artistic approach of the project ?

FvdE : Fien always has a clear view on the photography of her films and questions her method of shooting with each new project. For ‘Home’ we looked at different documentaries and she introduced me to some early work of Frederick Wiseman whose straightforward, bold way of shooting was a main inspiration.

Fien wanted ‘Home’ to feel authentic, not cinematic. We decided to go with the 4:3 format, shoot handheld with a zoomlens and use natural light only, keeping everything as pure as possible.

Any special difficulties that had to be solved for this shoot?

FvdE : The difficulty was that everything I knew about making movies wouldn’t work for ‘Home’, I couldn’t go with any proven reflexes on framing, blocking or lighting. For this film that would just feel fake or artificial. Another difficulty was that we had to get very close with the ensemble of young actors who were mostly first timers.

For how long and how did you prep ? Was it sufficient?

FvdE : We organized two separate test shooting days, with the main cast and crew to see if our approach worked. We shot 16mm and Amira, available light only, with sound, on location. The footage was edited by Nico Leunen. I did exposure tests on night exteriors. All the footage was graded at Filmore Brussels. Total prep with testing, reading and scouting was about 6 weeks.

How did the shoot go?

FvdE : We shot for 35 days during the summer, mainly around Brussels, all went smooth.

What camera and what lenses did you use ?

FvdE : Allthough we loved the look of 16mm, it was the idea of unlimited shooting and the way it handles natural light that made us go with the Amira, rented from Lites. We carried a Fujinon zoom with a motordrive that we used to jump from around 40 to 80mm, I operated from shoulder, no easyrig, no tripod. We additionally used Iphones, samsung phones, go-pro, and DV.

My focus puller was Bart Bleuzé, second assistant was Iris Vrindts, a dreamteam.

How was the lighting handled?

FvdE : We used natural light and practicals only, no negatives, no bounces. I had a crate with bulbs and neons to replace broken ones, and a bit of cloth to blackout a small window. I didn’t have a gaffer with me, nor electrician or grip.

How did the work with the actors go ?

FvdE : As most of the young actors didn’t have any experience we didn’t want to bother them with the mechanics of filmmaking or drench them in a large crew. We kept them as fresh and natural as possible, often shooting from the moment they walked on set and giving them freedom to move. We approached the script as a series of events, not scenes, keeping the idea everything happened just once. The schedule allowed us to work with them with little or no performance pressure, any rush would work against us. We gave them Iphones so they could shoot themselves and used this footage in the edit.

How did you handle the post production of the film?

FvdE : Grading was done by Veerle Zeelmaekers at Filmore Brussels, it took around 10 days. We kept the focus on the natural look by making ‘Home’ not to clean, avoiding a perfectly graded look or a forced colorscheme. We lifted the blacklevel on some scenes to keep all the details, deliberately resulting in a milky image. At some point we added grain to the image but decided that it felt like a ‘trick’ so we dropped it.

Do you know the budget of the movie ? And how much the image represented ?

FvdE : The budget was under 1 million. We saved on expenses with the skeleton approach but in return pushed the amount of shooting days to 35. This very much represented the image but not in a technical way.

How is the result of the project for you ?

FvdE : The straightforward and realistic look of ‘Home’ works very well for me.