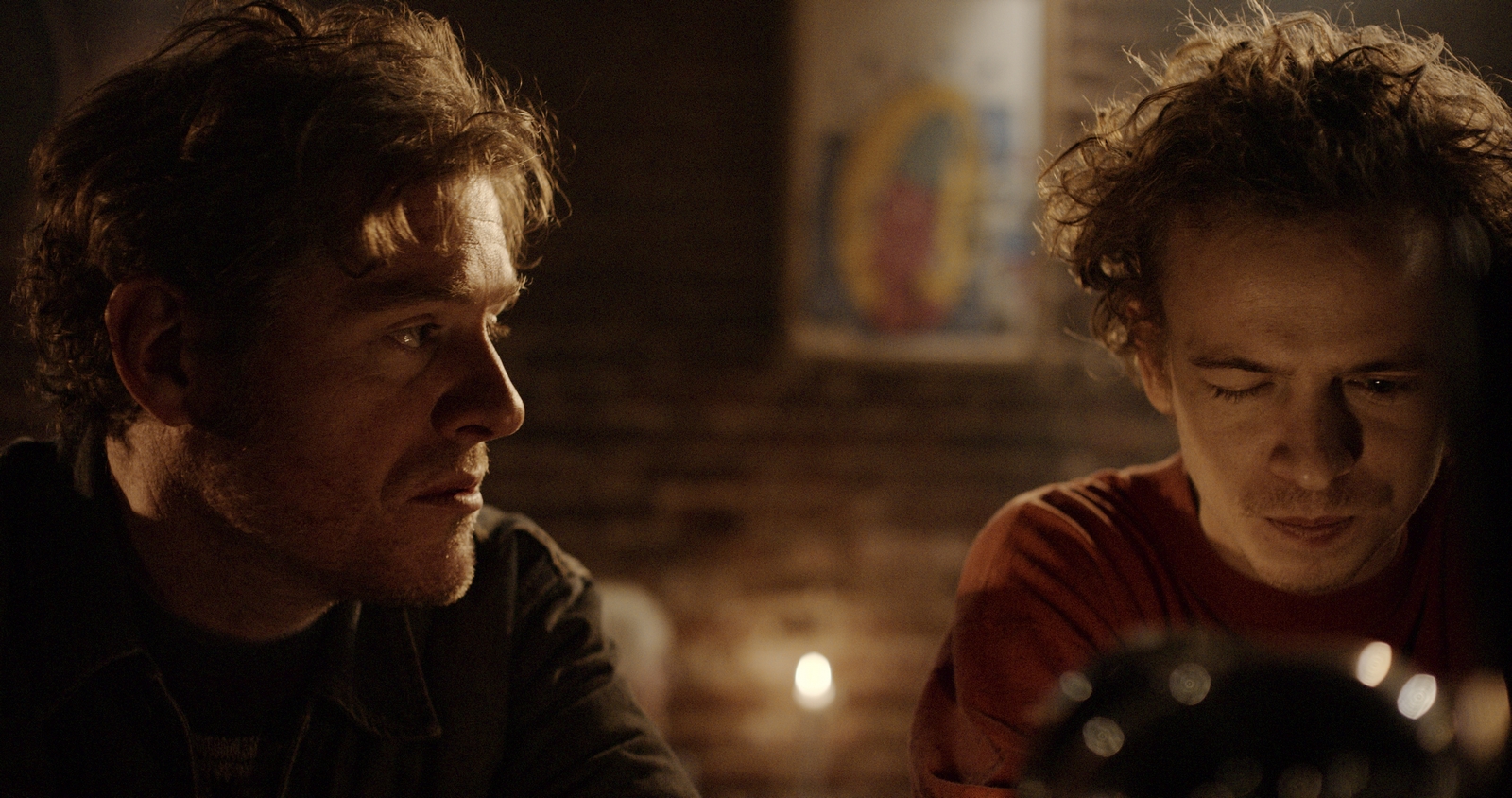 Ruben Impens is an SBC cinematographer, well-known for his work on all of Felix Van Groeningen’s films, but two in particular: The Misfortunates (2009), and The Broken Circle Breakdown (2012). He is also known for Café Derby by Lenny Van Wesemael (2015), Brasserie Romantique by Joël Vanhoebrouck (2012), Code 37 by Jakob Verbruggen (2011), Oxygen by Hans Van Nuffel (2010), and Moscow, Belgium by Christophe van Rompaey (2008).

The latest collaboration between Felix Van Groeningen and Ruben Impens, Belgica, won a directing award at the 2016 Sundance Film Festival and is just about set for theatrical release. We were curious to hear what Ruben had to say about it.

Synopsis. Belgica is the story of two brothers: charismatic and temperamental Frank – a husband, father, and an incurable womanizer; and his ambitious-but-green, one-eyed younger brother Jo, who owns a dive bar called Belgica. When Frank contributes to Belgica turning into the place to be for great music, beautiful people, and unrestrained debauchery, the brothers become business partners and begin expanding the bar. Belgica quickly gets bigger, and better, and the brothers seem to have discovered the formula for success – until they learn that running a business of such scale is more complicated than they expected, and their relationship, and personal lives, suffer.

RI : I did a few years at KASK [the Royal Academy for Fine Arts] in Gent, but I never finished it. At that time, it was a school for directing. Then I did a lot of things, working on sets in the lighting department, in the camera department, as a still photographer, etc. I knew what I wanted to do, but I had no idea how to get there. In the meantime, I was still doing short films with people my age, like Felix, who I met at school.. that’s how we ended up doing all these movies together.

What is the story of Belgica about ?

RI : It’s a really beautiful story. It’s about the relationship between two brothers. The third character of the film is the bar itself. It’s about the fact that it’s almost impossible to combine living by night, partying as they do, with ‘a normal’ life. It makes you lose yourself. It’s a little bit of a cliché but there is more to it…

For how long did you prep? Was it sufficient?

RI: The preparation is always a long process for me. I want to test every little thing possible and in the end I almost never manage. With Felix it’s always long: five to six weeks, minimum. And it’s constantly moving because he always changes the script while we are prepping it. On this movie, for instance, he changed important parts of the script while we were looking for locations.

Can you tell me about your artistic approach of the project?

RI: The original plan was to shoot a lot of scenes (like the concert ones) in split-screen. We did some tests to shoot the same action from two different points of view. That’s why we decided to shoot a lot of scenes with two cameras. But while editing, they decided to drop it because it was standing in the way of the story. We also had the idea to shoot the two brothers each in their own way. For Frank – the brother who is strong and without nuance – we wanted to have a rough-handled framing, unpredictable, and not smooth. For Jo – the poet, the laid back guy – we wanted a stabilized camera that moved slowly, often just too late to see the action..

How long did you shoot?

RI: Forty-five days. We never had so many shooting days with the other films.

How did the shooting go ?

RI: Good! The most difficult part was to shoot the nightclub scenes. We had a lot of them, and they involved managing a lot of people. Even if they were just silhouettes, they had to be good, and it took a very long time to do. We also shot a lot of the music scenes live. It’s not done so much in features; normally we use playback, but here it was like shooting mini-concerts.

Where did you shoot?

RI: We shot almost everything in Gent.

What camera did you use for shooting? Where did you rent it?

How did it go with your focus puller Silvain Fradier?

RI: Very well. I like him a lot, he’s part of our team. We’ve worked many times together.

How was the lighting handled ? From which rental company ? How did it go with Nicolas Lagae, your gaffer?

RI: We wanted the lighting to evolve with the characters, with their emotions and with the atmosphere. At the beginning, we wanted the bar to be brown, with warm lights, like an Irish pub, and gradually it’d change as the story continues. At the end, we used moving sources and laser lights to represent the night club’s lights. Impersonal and cold.

The lighting for the music bands was simple: tungsten, pars, stage lights, and blinders. But it required a lot of people to install it, cable it, etc. We rented everything from Lites and Swing.

Nicolas is familiar with mixing tables and dmx and not afraid to use unconventional lighting for film. We push each other to try out stuff out, to dare. He would always push me to go a little bit further…

How was the framing handled? Did you use any specific grip equipment? Where did you rent it? How did it go with Yves Crabbe, your key grip?

RI: We had two cameras. Jonathan Wannyn was the second operator. He did a wonderful job. We used a Movi freefly system that allowed us to have a very stabilized camera and still keep the freedom for the actors. I often work with Yves, it’s always a pleasure.

How did the work with the actors Stef Aerts and Tom Vermeir go?

RI: Also very good. They were both very dedicated to the project. It was Tom’s very first big role on screen, so he was very pleasant, always ready to rehearse. For Stef, it was a little bit more difficult. I’d already worked with Stef and I know that this project was particularly hard on him. In the story, his character lost an eye, so he had to wear a prothesis all day long. He had to speak with an accent different than his own, as well. At first the production refused the fake eye. They were worried about infections or something like that. I’m glad that Felix and Stef went through with it. You must dare to achieve something new.

How about your collaboration with the other departments: make-up, costume design, art direction, etc.?

RI: The make-up artist was Diana Dreesen. Diana and I have worked together on all of Felix’s movies. She is a star, our set mother. Ann Lauwerys (costume designer) and Kurt Rigolle (art director) worked with us on the last two: The Misfortunates, and The Broken Circle Breakdown. So we are used to working together. We’re like a family.

How did you handle the post production of the film ?

RI: I am used to working with Peter Bernaers, my colorist. We began to work on the grading without Felix and half-way through, he joined us. Originally we had ten days planned, but we took twelve or thirteen. We worked at Filmmore, in Brussels.

Do you know what the budget of the movie was? And how much the image represented ? Did you use anything really expensive or rare?

RI: I think it might have been 3.2, but I’m not sure. The expensive part of the film was that it lasted forty five days. Also the rather big crew and the long list of extras necessary to the making of it, were rather expensive.

What do you think of the outcome of the project ?

RI: I am proud of it, but of course I always see things that I would do different if I had a second chance. The film gave me the opportunity to try a lot of things. For example, I had a system on the camera that enabled me to flip the image while panning. But not all of these effects proved very useful for the narration. A lot of it was cut out, and for the best – but some of it stayed, like the use of deforming diopters in front of lenses for the drug scenes, that turned out quite great.