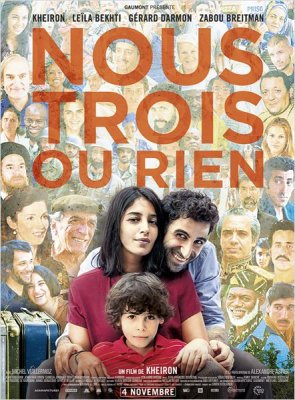 All three of us by Kheiron, shot by Jean-François Hensgens (AFC/SBC), with Kheiron, Leïla Bekhti, Gérard Darmon.

I met Kheiron at the begining of 2014. I had already read his script and we ran into each other in Simon Istolainen’s office at Adame Pictures. I was instantly excited about the adventure. The script based on Kheiron’s parents life was a mix of strong emotions that I immediately wanted to see on screen. 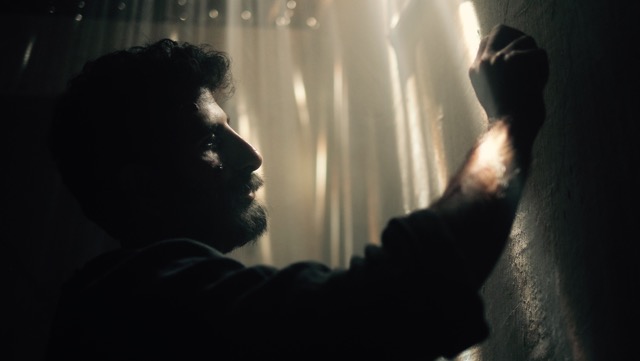 Kheiron on the set of All three of us, photography : Jean-François Hensgens

We soon began to talk about references, such as Argo, but also TV series, that we’re both very fond of. Kheiron’s enthusiasm and freshness induced an encouraging fluidity for this ambitious project.

I first used the Epic Dragon on The White Knights’s set, directed by Joachim Lafosse, released on January 20th, 2016, and shot just before All Three of Us. I have been mostly seduced by the rendering of the camera, by its colors and texture, espacially since I used it at 2000 ISO with a systematic used of a polariser (sometimes of one stop) to control the reflections. So I continued to work that way and, since Kheiron’s movie, I have been able to shoot three other full-length films with the Red in the same spirit.

For each film, I tried different sets of lenses, spherical and anamorphic, in order to define a specific look for each : a G anamorphic set for Kheiron’s and for Des nouvelles de la planète mars by Dominik Mol (released on March 9th, 2016), a Kowa anamorphic set and Christal Express for The squad by Benjamin Rocher (at RVZ, with the irreplaceable Samuel Renollet and his team), a Master Anamorphic set for L’Economie du couple by Joacquim Lafosse (in postproduction) and I’ll begin in a few days a movie with a spherical set : the Leica Summilux-C.

From my point of view, this step is very important and I would like to sincerely thank the rental companies, and in this case, Panavision Alga, which played along with me and my assistant Mathilde Cathelin for the tests that allowed me to find the specific look I was looking for in All Three of Us. Olivier Affre, helped by his staff, is a truly good listener and a real partner when it comes to aesthetic film development process.

Scope seemed the most apropriate solution to render the epic tone of the film and the G anamorphic set brought me the softness and contrast that I was looking for. Indeed, it creates a natural falloff towards the background, which can be helpful for a period film.

Once more, Xavier Cholet (my gaffer) and myself were smoothly helped by Didier Diaz and Tanspalux. When I read Kheiron’s script, I felt a lot of emotions. Besides K’s humor, the stake was to create a strong image correlating the powerful story without growing heavier some scenes already very harsh.

I had to consider also the fact that the stroy starts in a small village of Iran in the 1950s but ends in the Parisian suburbs in the 2000s. Collaborating with Stan Reydellet (art director) was from the begining collusive and pleasant. We immediatly understood each other, sometimes whithout speaking. Besides his work, especially for the iranian part, which was shot in Casablanca, brought a lot to the movie.

Alain Carsoux, along with CGEV, took care of the digital special effects, which was very important for the jail scene, but also for the compositing of cars and defenestration.

Using colors and constrast, Richard Deuzy (colorist) and I, tried to make photography evolve through those periods. The culminant point was the passing of the kurdish mountains which looks like Ektachrome. We worked at Eclair, in Vanves.

Almost all the film was shot on dolly, with ongoing small pushs. My keygrip on this film, Renaud Fiddon, is now a master of traveling « still ». I wanted to bring Cinema back into the storytelling without making it too obvious.

Finally, I must conclude by saying something about these amazing actors that I was lucky to film. Leïla Bekhti’s talent to move people is unbelievable, I have almost never felt like this on a set. Scenes on the phone with her father – the impeccable Gérard Darmon -, the givingbirth scene, Kheiron’s release from jail, etc., left me breathless and send me back to Emilie Dequenne singing alone in her car in Our children or to Olivier Gourmet in La promesse chained down by his son, creating this dramatic point that make me want to do this job. 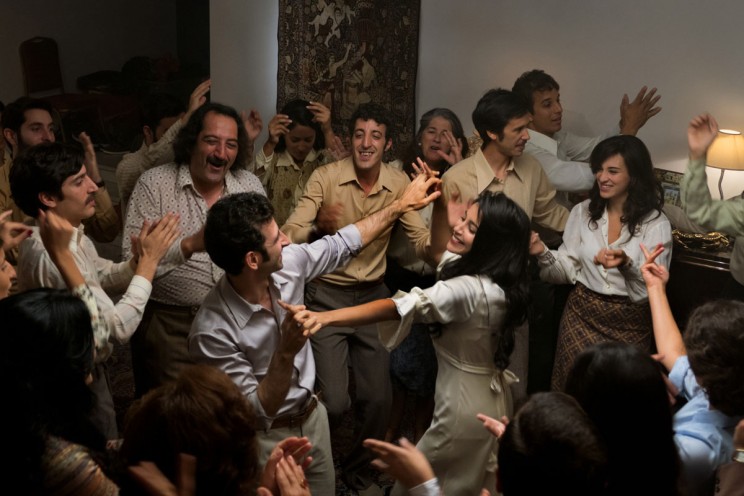 A scene from All three of us 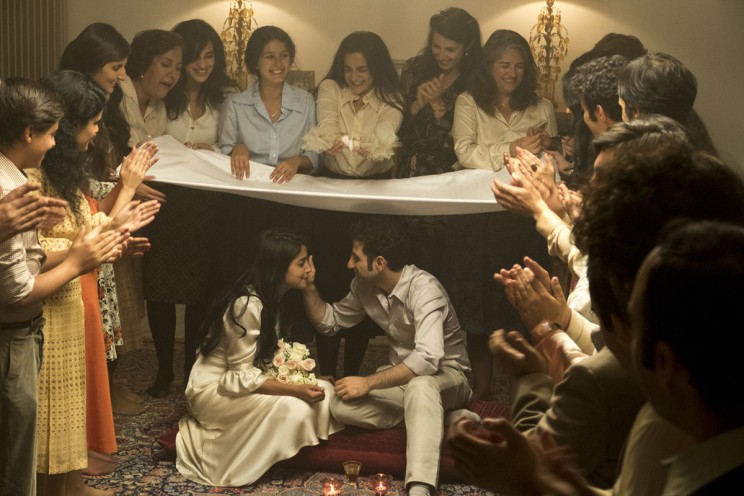 Leïla Bekhti and Kheiron on All three of us 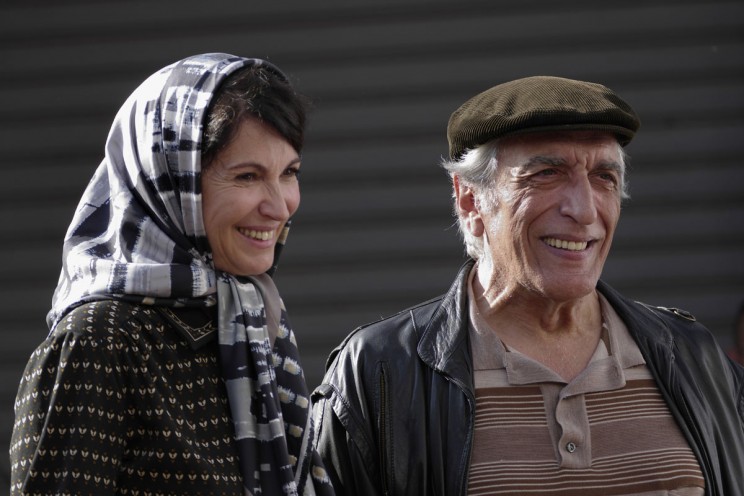 Zabou Breitman and Gérad Darmon on All Three of us 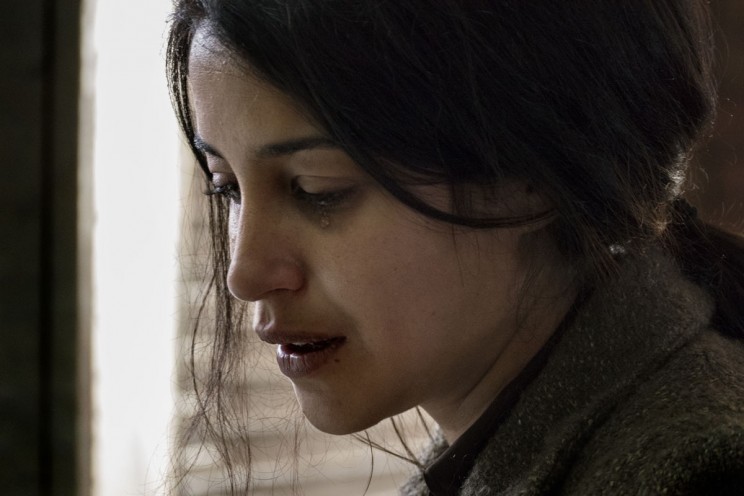 Leïla Bekhti on All three of us