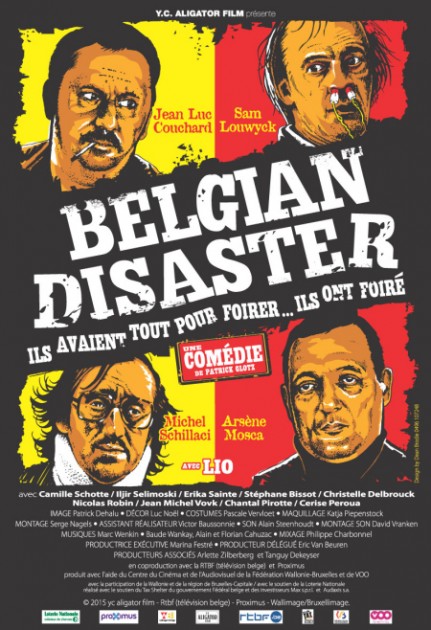 I had been in contacted by P. Glotz to shoot a commissioned film in 2009 for the commune of Anderlecht. We got on very well immediately. And when he received funding from the Film Centre of the FWB, he immediately called me and offered me to be his director of photography.

Between the approval of the CdC of the FWB and the actual shoot there was a period of almost 3 years, during which we saw each other regularly. At least once a month. We were scouting a lot of locations, and  I also participated in filming the auditions. Finally there were only six weeks of pure preparations, for 47 days of actual filming.

Visual references for the film were among other the films of Almodovar and Kusturica.

For their use of color, in the sets and costumes. Creating  a specific universe for each character or group of characters.  Referring to the 70′,  the directors youth but also the youth movies characters. Art director Luc Noel and costume designer Pascale Vervloet did an outstanding job. With carefully chosen accessories, sometimes creating a “Bigger Then Life” universe in the words of the director. With Gideon Van Essen, we also often coloured the lighting sources,  refine in color grading while saturating them further.

For the use of the scope anamorphic format, in order to get a many characters in the shot, as in the Italian comedies of that era and use the optical distortions of the Hawks to escape from realism or be to “geometric”. The desire to use urban landscapes, using the city of Brussels as a character. The desire for space, even in the cramped surroundings of the junk shop, or in the fiat 500 to of that time occupied by the gang of four male characters.