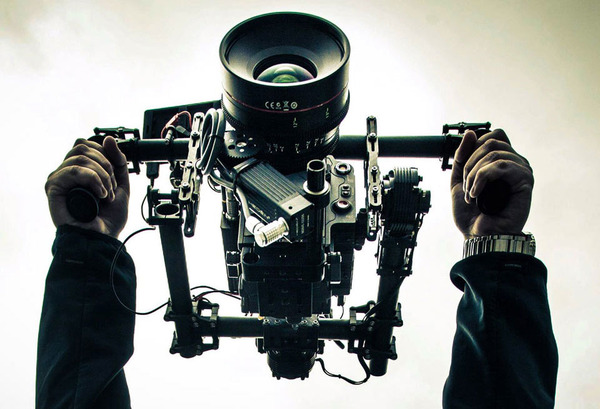 THE MOVI M10 Freefly is available at LITES since early December .

For several months now, I’ve been wanting to try the MOVI M10, but I wasn’t able to get hold of one yet. This new piece of equipment  we have been  hearing a lot about  and whose demo movies on the internet are amazing, just arrived at LITES . So I made ​​an appointment last week with Wim Michiels .

MOVI M10 was developed by Freefly , an American company that has developed Drones designed for filmmakers. The MOVI M10 is an evolution of their drones into a handheld cage form.

On paper, the system promises an image stabilization system for handheld use ! What interested me was what this unit could be used for. Is it a gimmick? A poor man’s Steadicam ? A stabilized shoulder system ? Or , does this device bring a new aesthetic that fits in between the nervousness of a handheld camera and the fluidity of a Steadicam ?

The system , upon arrival at LITES , required a good week of installation on their part, assisted by Benjamin Speyer, key grip specialized in among others  stabilized heads. The maximum allowed weight allows mounting the Red EPIC with the lightest possible lenses. The configuration I tested was with the Red EPIC and a Zeiss Compact Prime.
Keeping the weight down is important for all that is added to the system that has its own battery. Adding an onboard monitor, batteries, a lens motor, a matte box and filters all at the same time will be to much!  One has to make choices ! Pasting the filters on the lens or putting the battery in a backpack when possible should be considered.

The system can be used in two completely different ways. The  first option, operating the Movi all by yourself , controlling the pan and tilt of the system and holding it by the two side handles or by the center handle . The second option: a second person operates via a remote control and performs the pan and tilt movements, in some ways like when we work with a crane : one person does the arm movements and dolly, and another person operates the remote head.

Regarding the handling of the system for handheld operation, it is very uncomfortable ! The system is held at arm’s length , and to get to eye level the arms should be very high . Personally , I can not hold it more than a minute or two. Without spending time in a gym to improve your ability to hold the weight up for a long time, arms stretched at shoulder height,  it is necessary to get help ! A system like the buoy ( a sort of extra belly to rest your elbows on) or an EasyRig do the trick . With some adjustments , the EasyRig works fine , but the size is increased dramatically .
To frame without using the second person, a little practice is required. Filming without using the pan or tilt is not a problem : the stability is amazing for such small gyroscopes. Using the pan or tilt function there is some delay in the system. One must therefore anticipate the move,which is not easy, but it seems doable to learn it. To overcome this problem , a second person can aide by operating the pan and tilt, but then we no longer have absolute control over the frame and move away from the idea of ​​a stabilized handheld system.

Regarding the finish of the unit and its reliability , the designers from MOVI come from miniature modeling and it shows. Everything has been reduced and minimized. Regarding the camera installation time,  the system should be approximately the same as putting a camera on a Steadicam .

Regardless of reliability problems (only the use in the field will tell if the system is reliable ) , I find this a quite fascinating device! I do not know yet what to use it for , but the idea of ​​having a stabilized compact system could open new and interesting ways to move the camera and tell stories. Some of the demo movies on the net are inspiring . 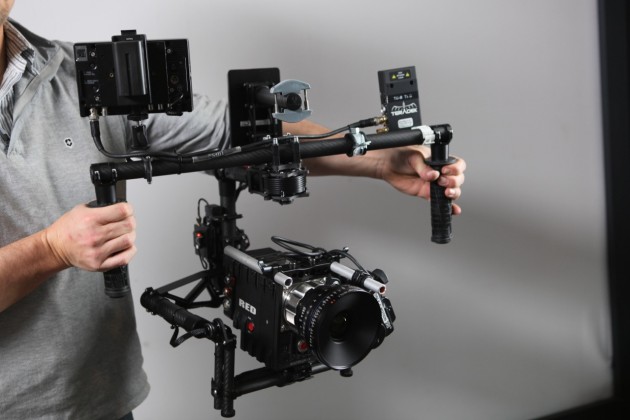 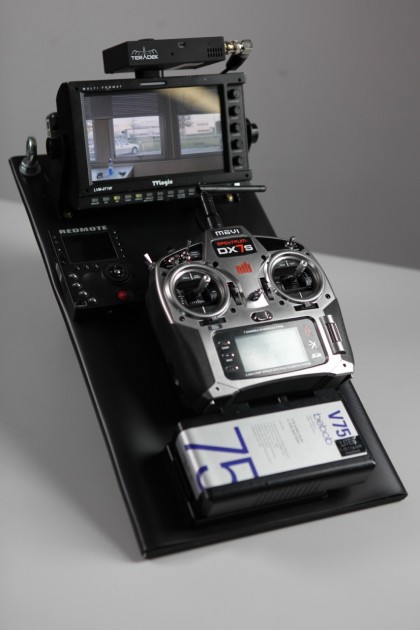 Here are some remarks by Benjamin Speyer  on the tests . “The MOVI is a stabilized head so light that it can be carried by hand! A quantum leap when compared with the first stabilized heads released not so long ago. The performance is not equal to regular stabilized heads , but is quite acceptable. Via a software program installed on a computer, which communicates via Bluetooth with MOVI systems, it is possible to adjust the settings of the gyroscopes. It is necessary to do this when lenses and thus the balance is changed. MOVI is designed to be carried by hand , so in order to be lightweight it uses less powerful gyroscopes, and the camera’s weight must be minimum, if we accept these constraints , it opens up huge opportunities in camera movement : attaching it in a simple manner to a quad , bike , boat , car, cablecam , or a homemade crane . One should nevertheless pay attention to the problem of aerodynamics at a certain speed , the gyroscopes will not follow .

I also tested the One Stab made ​​in France , it has the same performance as the MOVI with slightly more powerful engines. There are a few more options like a joystick on the handle that adjusts the frame “solo operator ” mode.
With the new generation of gyroscopes and electronic cards at low cost, there are all kind of  new brands popping up  in England , Spain , Australia, just do a search in google ” red gimbal epic ” . The list is impressive , but it is hard to say which is best.
This is a new tool , and there will certainly be more improvements to it depending on the feedback. Mo- Sys already offers a panbar and compatible cranks ! ”