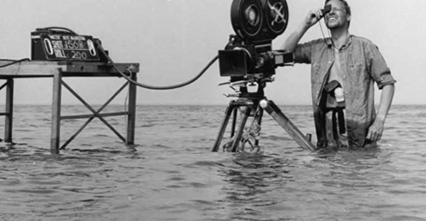 ShootingTime is a book that contains a collection of conversations with directors of photography from all over the world who talk about their profession in the era of the transition from analog to digital cinema. The conversations center around two main areas: ‘film language’ and ‘digital revolution’. How does each and every DP employ his own visual style or ‘film language’? And in addition to that, how do the DP’s relate to the cinematography of previous decades? Who were their preeminent influences? As regards the turn to the digital, do the new tools transform the profession of DP’s? For better or for worse? Moreover, do the hypermodern cameras affect the language and visual outlook of the cinema? If so, how? The interviews with the cinematographers are preceded by four articles: on the history of film styles; on shooting a documentary; on the importance of being digital savvy, and one advocates the enduring relevance of celluloid.

It was edited by Richard van Oosterhout, Maarten van Rossem, Peter Verstraten at the Netherlands Society of Cinematographers NSC. 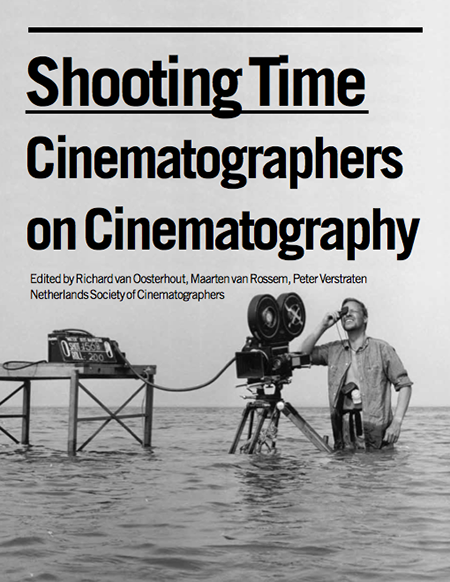 For now, miniaturization seems to be the biggest revolution in digital film. Bigger than the rest. More and more, we are asked to take shots that don’t follow the established lines of filmmaking by putting a camera some- where it could not normally be. The miniature format of the cameras means you can just point one between the car’s windshield and the steering wheel. And now you can also easily work with ten cameras, simply because there is room for ten on the set. But don’t get me wrong, it can be absolutely right to put the camera in a strange place, if that gives you the opportunity to better show what you want to show.

Random filming is also strongly influenced by digital techniques. Rather than cutting, you make your camera swerve. A choice like that doesn’t come from filming itself, but the whole shaky camera style was born from the fact that you can now easily carry the camera on your shoulder. And the smaller the equipment is, the smaller your turning radius. Cutting then becomes a waste of time, because with one swift turn, you are already on what you intend to show.

But if you want to convey a sense of realism nowadays, regular hand- held filming is no longer enough. You have to film in that shaky and badly framed cellphone camera style. Then people think: ‘Ah, one of those bystanders must have been filming that.’ Back in the day, a stunt was im- pressive, because you knew that a stunt performer had had to undertake a dangerous task. Now you see all kinds of stunts, but you already know: ‘oh, CGI’. You know that it wasn’t really dangerous, so, as a viewer, you no longer experience that sense of danger.

Ten years ago, I thought that digital would grow much faster than it has so far. It is a little bit cheaper, but not a lot. Shooting on film is more expen- sive, but then you went to the lab five times and you were done. Now we are there for three or four weeks. That also has its price. I do believe, though, that digital will become less expensive in the long run.

Evolution never goes backwards. Digital cameras will only continue to improve, but the development of analogue equipment is also continuing. So the difference in quality might always stay the way it is. I find Rodrigo Prieto an interesting cameraman.HeshotIñárritu’sBabel andLosAbrazosRotos [Broken Embraces] by Almodóvar. In these films, he changes from 16mm to 35mm because it fits the narrative better. In that same vein, I can also im- agine choosing to film digitally, because of the function it would serve for the story. Although… I still strive to make films for the cinema. So they need to have at least a certain amount of quality, so you can project them onto a big screen. You should not leave the cinema feeling nauseous from watching. I once shot a film with 16 Scope – that is, half the size of Super16 – on 200 ASA. If you then see your film on a big screen, you think ‘where is my nega- tive now?’ You cannot see it. The material you work with is so thin, consists of so many layers. To then see those images projected onto the big screen is a downright miracle.

I am shooting the Mel Gibson movie with the new RED sensor, the Mysterium X. I usually prefer to shoot on film, but this was a request. I try to ap- proach HD as I do film. The RED camera is quite good for this project, because we sometimes shoot handheld, too. It’s 4K, and that works very well in the low lights, but the highlights are still a problem. We shot that movie with anamorphic lenses.

The one thing I don’t like about working with HD is that it is too sharp. It’svery,verysharp,veryclean.Imissthegrain,youdon’thaveanymore grain; it’s a shame. I tested with 2000 ASA and you could see something weird, some digital line on the black. I don’t know how to explain this; it’s as if you can feel the pixels sometimes. It was a little bit strange, so I decided to shoot in 800 ASA. But with the RED program, you can change your ASA in post-production. I can go to 2000, but if it doesn’t work well for a particular shot, I can change to, say, 1600. But it’s better to do that later, because you can’t see such details on a small monitor. And later I will also see if I can soften the sharpness of the HD a little, because I will also be involved in the final steps. All in all, though, when I see these new cameras, I get the feeling we are nearing the end of film.They are incredible,they are small,and they are starting to become very intelligent.