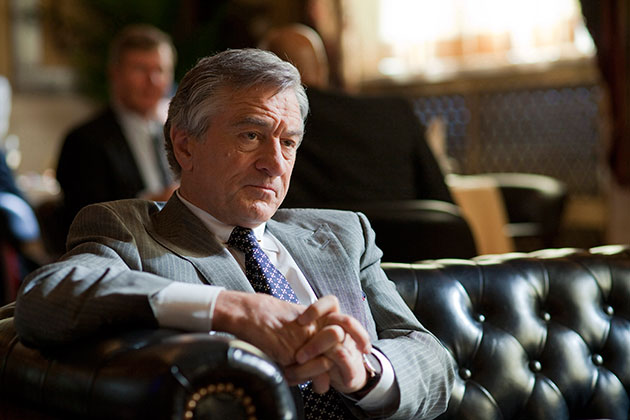 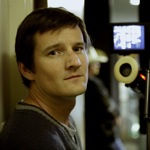 Bradley Cooper and Robert De Niro star in Limitless, a paranoia-fueled action thriller about an unpublished writer whose life is transformed by a top-secret smart drug that allows him to use 100% of his brain and become a perfect version of himself. His enhanced abilities soon attract shadowy forces that threaten his new life. The film was shot by Jo Willems. 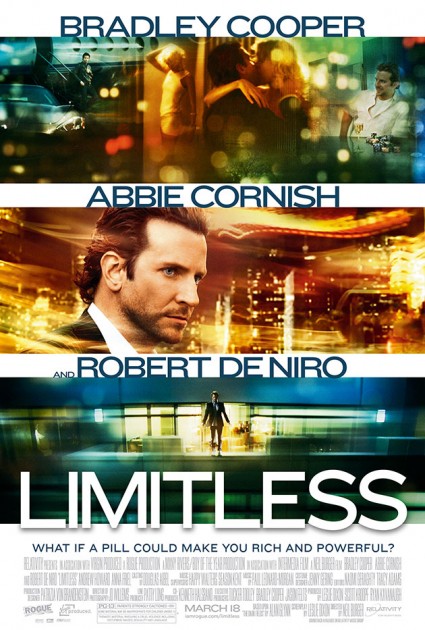 You’re originally from Belgium but based in the US for some time now. How did this come about?

JW: I spent a couple of years at Sint Lukas in Brussels after high school in Westerlo before I moved to study in London. I lived there for 8 years.
In 1999 I applied for a green card in the US with the lottery program and won one. Myself and my wife moved to Los Angeles in 2000 with a suitcase and a couple of card board boxes. We didn’t know anyone there at the time.

Was is difficult to work you’re way up there?

JW: When I first moved here I was confronted with a writers strike, a director’s strike and an actor’s strike so it wasn’t easy at the start: work was slim. My saving grace was that I had done quite a few music videos in England that got a lot of attention in the US. I started working relationships with some good directors like Francis Lawrence and David Lachapelle. I got to shoot videos for a range of artists like Prince, Justine Timberlake, Britney Spears, POD, Santana etc. I also continued my working relationship with David Slade who had also moved to Los Angeles from the UK. We had started working together in ’97. In 2003 we shot “Hard Candy” together, it was our first film for both of us.That gave me a platform into movies. Myself and David just finished shooting a tv pilot for 20th Century Fox that will go to series for NBC. Los Angeles has been pretty kind to me over the years.

How did you get attached to the film? Had you already worked with the director on any other projects?

JW: I got a phone call from my agent saying that Neil Burger the director had liked Hard Candy and wanted to talk to me about the project. They were 8 weeks away from shooting. We had a conversation over the phone for about an hour. I remember we both had a strong love for the films of the Dardenne brothers and Mike Leigh. Not that those films were necessarily a reference for Limitless, but I think when you have a common ground it helps. I also had worked with the assistant director who had become a friend and told Neil good things about me.

What was the attraction for you to do this film?

JW: I had always wanted to do another thriller after Hard Candy. It’s a genre that has a lot of visual potential. Limitless is a story that is told from one character’s perspective, about his experience with a very strong smart drug. When I read the script it felt like a clever modern, sci fi story about greed and the abuse and lust for power. It felt like a challenge to come up with a fresh visual take on someone who is on a mind bending drug.

A film about a character that uses a 100% of his brain must have been a challenge to translate visually.

JW: The interesting part about it was that the character played by Bradley Cooper goes back and forth between being on the drug and off the drug. So he goes from pretty ‘dull’ to having a ‘super brain’. Since we told the story from his perspective we wanted the audience to see what he saw, what he felt. We wanted to create contrast in every possible way: color, perspective,texture, wardrobe, make up, hair.

What were your inspirations?

JW: For the scenes where he was not on the drug I wanted a style that had a strong sense of reality. I looked at a variety of documentary photographers like Nan Goldin, Robert Frank, James Nachtwey. I looked at the Dardenne brothers, Ken Loach and Jacques Audiard. I wanted the film to feel raw, unbalanced. A lot of the lighting has a hard unpolished character. In a weird way I wanted all those scenes to look as if we turned up and did no lighting, even though we shot quite a bit of it on stage. Eddie Morra (Cooper) is lost and has not direction in life. I wanted the imagery to reflect that. At times I used a lot of overexposure to get a lack of control in the lighting. When he takes the drug we want a reel feeling of control, luminosity, clarity, confidence, knowledge. I was inspired to the other spectrum of photography: fashion. People like Jurgen Teller who have these very luminous images. 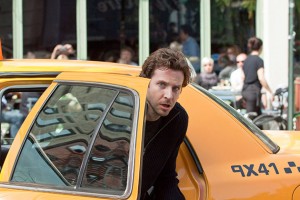 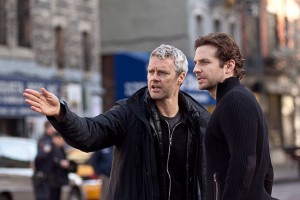 The film has a couple of different looks depending on wether he is on or off drugs. How were they achieved, stock, lighting, lenses ?

JW: The off the drug was shot on Fuji 500T eterna, pulled one stop, shot mostly on longer lenses with a strong fall off in focus. Most of those scenes where shot hand held. When he is on the drug I shot on Kodak 5217, processed normal and ended up using wider lenses and a deeper depth of field. We used more cranes and dollies to get a smoother fluid feel. We were quite strict about lens use for each of the looks. There was no cheating the look and the philosophy of the image.

It must have been a hectic schedule .

JW: We shot for 45 days in 45 locations in NY, Philadelphia and Mexico in winter and spring. It was a very hectic schedule. We shot a couple of weeks on stage as well for the scenes in both his appartments.

How did you keep up, and guard the choices for the different looks?

JW: Like I said before, we had everybody on board and disciplined to preserve the look for each of the characters’s mental states. The gaffer and the operators all knew the different codes for each scene. I had a bible that we made in preproduction with the different ideas and looks and we stuck to that. We were able to work fast that way. I sometimes don’t get too precious about things. You have to keep the shoot going and give the director as much performance time as possible. You have to know when to take your time and when to keep shooting fast. It’s like shooting as if the cops are chasing you! 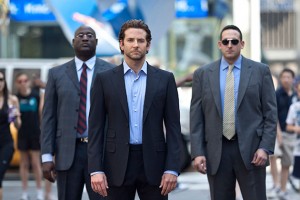 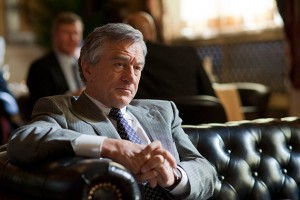 How did you achieve the striking infinite zooms? And the 360° vistas?

JW: The zooms were actually very simple. They weren’t really zooms nor did the camera ever move. Three red cameras were screwed on a metal plate that fit on one tripod. It was static on the street. Once shot the tripod would be moved forward a block. The lenses were as close together as possible. We had a wide, medium and long lens. Each lens saw the same thing. Post production put the shots together moving from one set up to the next. Comen VFX and Look FX worked on the sequence. The 360 shots came about in a different ways. We put 3 Arri 235 cameras on it’s side each shooting 120 degree angle of the 360. The magazines of the cameras were touching each other. Each had a nikon 8mm lens on it so there was a fair amount of overlap. The cameras were mounted on a libra head and put on a little dolly. The operator was hiding underneath the cameras and pushed it down the street. Post production then blended the three shots together on a flat surface.

You have a strong background in music videos, did this help you on this film to switch looks?

JW: I think my experience in music videos has helped me shoot fast and work in a variety of styles and be open to anything someone wants to try. I don’t work in just one style or look and I don’t believe in a particular style for each genre either. My choice of projects is not like that either. Some people only shoot action,comedies or gritty dramas; I do a bit of everything I guess. Not sure why that is, I like a wide variety of movies as well, so why not shoot a wide variety of movies?

Are they’re any scenes in the film you’re particularly pleased with ?

JW: We shot the fight sequence in the tunnel after we had finished principal photography. We rehearsed the sequence for a couple of days and then shot it. We didn’t have a lot of time to shoot it, but I am really pleased with the result. Garrett Warren, the fight coordinator tought me a lot of little trick about shooting fights. I had done quite a bit of it on 30 Days of Night, but Garrett really brought a lot of ideas. It was shot in a tunnel in a Philadelphia train station. I didn’t use any lights. Just the fluorescents overhead. Everything was shot on a 1.3 stop and at 60 frames that was cut back later to make the punches land. We had two cameras hand held and a steadicam following the fight.

What’s up next for you?

JW: I am in pre production for the pilot episode for Kiefer Sutherland’s new tv series called Touch. We shoot in a couple of weeks. It’s directed by Francis Lawrence (I am Legend, Water for Elephants) who I know from music videos in the past. It’s all shot in Los Angeles, but set in NY, Tokyo, Galway, London,India and Bagdad, so a nice challenge again. After that I’ll be travelling to Belgium for a nice summer holiday with the family!

Do we need shooting “raw” to achieve the best quality?