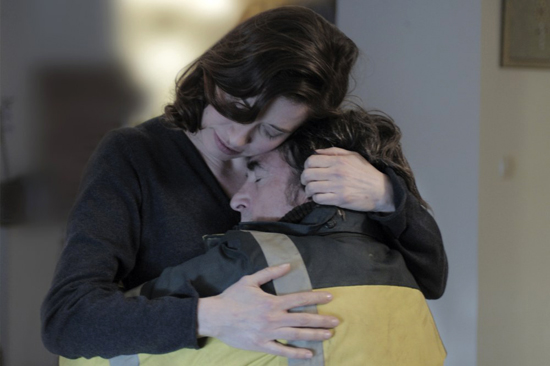 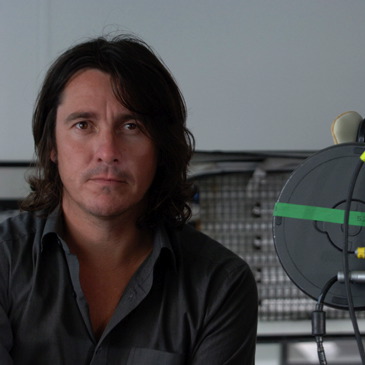 Glynn Speeckaert is a graduate of the HRITS film school in Belgium. After having done military service as an electrician, he divides his career as a DOP between fiction and numerous international publicity campaigns. Speeckaert recently moved to the US. His filmography includes English, Flemish and German films, such as Secret Society by Imogen Kimmel, Ex Drummer by Koen Mortier or The Visitation by Robby Henson. Xavier Giannoli invited him to join him on the production of A l’origine to replace Yorrick Le Saux, who was unavailable at the time.

How do you describe this film?

Glynn Speeckaert : This is, more than anything, a realistic film. That is how Xavier Giannoli explained things to me anyway. We shot near a real road construction site, in the north, during winter… Difficult working conditions, short days, and the challenge was, above all, to get meaningful rather than merely “beautiful” images. Born in Belgium, I happen to know this part of Northern France very well. I felt familiar with the light, the atmosphere, which is, by the way, pretty much the same as on the other side of the border… 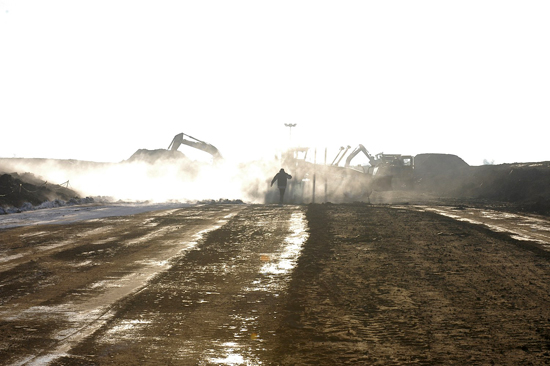 And how much time did you need?

GS : The production started December 2008, when shooting is only possible during less than six hours. The bad weather, the mud and the cold were an ordeal for the crew. We almost had the impression we worked in something like a military atmosphere… The conditions were tough and the material was dirty all the time! But urged on by Xavier’s enthusiasm and relentless will to succeed, the entire crew was willing to go all the way. I remember night sequences that had to be shot in the pouring rain, but the drains were blocked by ice and nothing worked! In the end, we finished the film in 101 days, a six weeks delay, but we never had the impression of having wasted a single minute.

Did you create a visual road (arc) during the film?

GS : It is the story of a character who is constantly lying (François Cluzet), and who at a certain moment falls in love with a woman (Emmanuelle Devos), which is about to change him completely. He begins to like and love the people he used to cheat and in a certain way rediscover himself, enjoying being with them, feeling better in their company. I suggested Xavier Giannoli to change the optical system from that particular point onwards. As a matter of fact, all that happens before the character changes was shot in Super 35 with spherical lenses. Then, for the part where things begin to get better inside his head, we switched to anamorphic shots. The difference is quite subtle, you can notice it particularly in the depth of field, the quality of out of focus elements as well as in the rendering of bright spots in the background during the exterior night construction site sequences. This part of the film resolutely moves away from the purely realistic rendering we had assumed at the beginning and becomes slightly more fairylike, …almost Fellini-ish really. 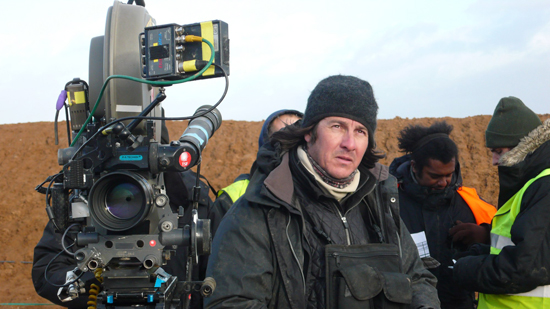 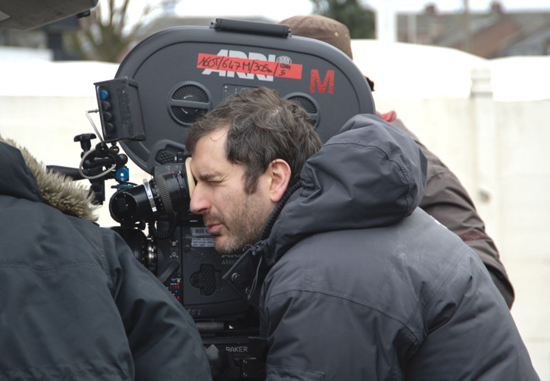 GS : Lighting the site was the most important issue. There was a consistent number of exterior night sequences and I really needed to find a solution for that. The construction site was over one and a half kilometer long: it was impossible to light it with cinema equipment: it would have been too costly, the distance was too long, we would need too much power and loads of cable… So I chose to use the kind of floodlight towers that are often used on parking lots or for big events. The posts supporting the battery of mercury arc lamps is integrated in the generating station, and each source is autonomous. That allowed me to light both the actors and the set at the same time, and over quite a distance. I also had the possibility to have them in the shot without giving away that it was a movie light. Being allowed to play with them within the frame also allowed me to use the “flares”, which is something I like a lot, especially in cinemascope… It is an effect that nicely illustrates this “fairylike quality” that we wanted to give the image halfway during the film.

Do you have a favorite type of foreground light source?

GS : I used a “homemade” system that I had knocked together earlier, during shooting of Scorpion King 2, a Hollywood film directed by Russell Mulcahy (Highlander). Fixing garlands of ordinary 100 Watt bulbs on to a 4 by 4 meter frame, you obtain a gigantic light source producing 20KW of very soft light. A construction people on the set found very funny, a lovely sight… Depending on the situation, I was able to use them for direct light (especially if it was windy), or making the light stronger by means of putting a silvery reflecting canvas behind the source.

Did the switch from spherical shots to anamorphic shots oblige you to change your lighting method?

GS : Using a Hawk V Light series that opens at 2.2, it was possible to use a diaphragm that would keep us pretty close to what we had obtained for the spherical part of the film. It was, in fact, especially difficult for the focus puller, who had very little depth of field, especially for the Steadicam shots. I have not yet been able to watch the final film on a large screen, but I think that, all in all, we got away with it nicely! 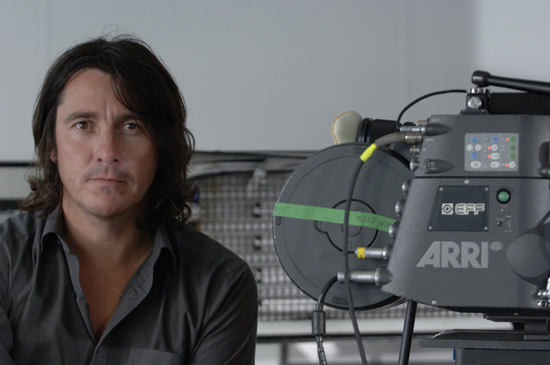 Which film stock did you use?

GS : I chose to shoot on Fuji, using a wide range of emulsions. We did this because a lot of sequences were intended to be shot in grey weather, which would tend to emphasize the blue and green elements in the backgrounds. For the middle part, which we would shoot in cinemascope, for instance, I often used a 160 Vivid emulsion, in which the colors are more saturated. This was yet another way of creating a difference between this more cheerful part of the character’s emotional development.

How was the post-production?

GS : We did 2K digital coloring and post-production at Mikros Image. That allowed us to mix the sequences shot in Super 35 with those shot in anamorphic. On the whole, we went for the pretty contrasted and rather saturated image Xavier preferred. But as I had to leave for another project, he finished the grading himself, taking almost six weeks to get the job done…