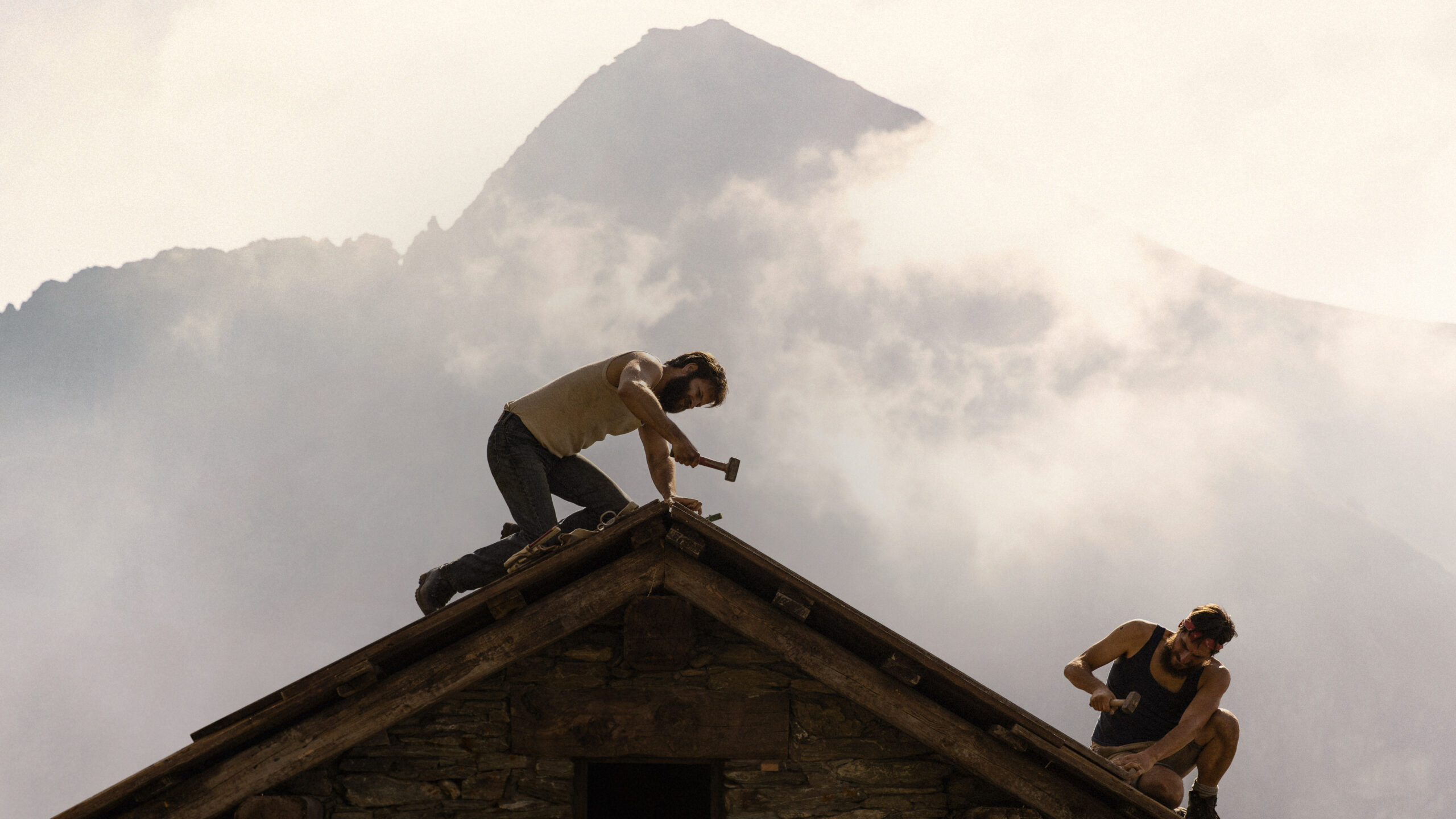 Although Impens enjoyed the greatest international recognition of his career, with Julia Ducournau’s Cannes Palme d’Or-winning Titane (2021), he has been shooting compelling films for over a decade, lending his considerable cinematographic skills to tales that defy easy categorisation, but which invite repeated viewings.

Among them are the emotionally-charged films of Belgian auteur Felix Van Groeningen, with whom Impens initially worked in 2000 for the short debut 50CC, before shooting all of Van Groeningen’s subsequent features, including the Oscar-nominated The Broken Circle Breakdown (2012).

Impens was, hence, the only choice for Van Groeningen and actress-turned-director Charlotte Vandermeersch, when it came to translating Paolo Cognetti’s celebrated novel of the same name – about friendship, family and life’s poignant beauty – into meaningful images on the big screen. The Eight Mountains earned the Jury Prize at the 2022 Cannes Film Festival, as well as five-star reviews for its rich, breath-taking and heart-breaking contemplation on the human capacity to love.

Some are born to sweet delight, whilst others are born to endless night in this decades-long story of the bond between two boys who grow-up into estranged adults, only to find that sometimes living in the unbearably ephemeral moment is the only purpose you get.

Pietro and Bruno first meet as 12-year-old boys during an idyllic summer in the mid-1980s in a small Alpine village under the clear blue sky. Their friendship becomes disconnected, but fate reunites the pair as adults, when they decide to spend the summer building a shack in the mountainous valley that will be their special place for reconnection.

“The beauty and the challenge of this project was that it was not plot-driven. Little happens in terms of plot, yet a lot happens in how the story evolves,” says Impens. “The drama is in the way the characters lose track and then find each other again, only to realise that what they loved in one another is somehow gone.”

So, how to best shoot an image-driven story that asks the audience for their patience? The answer: by taking your time and exploring the possibilities, almost as if in defiance to the way feature films are often developed in this day and age.

“Most of The Eight Mountains is set in the north of Italy, in the Alpine valley of Aosta. We went there to scout, and stayed for a while to discover the film through what the mountains would give us,” recalls Impens.

“Sure, we had to check a few boxes off of our list and plan for different seasons, but when we found a great area, we were ready to embrace its unpredictability. We considered that there would be differences in vegetation in spring and autumn at different altitudes, and that the blossom would come from the valley up. We really wanted to capture nature’s cycles.”

When Pietro and Bruno reconnect for the first time, rekindling their friendship and reliving the family traumas of their respective childhoods, they decide to build a stone hut in the mountains.

“In the beginning, the intention was to build the exterior in the valley we were in, and shoot the interior in a studio,” Impens explains. “But we realised along the way that we would not have that flexiblity, because the weather changes so fast: you can be above clouds and three hours later be covered in thick mist.

“So we decided to build the whole set there. That way, if there were poor atmospheric conditions, we went inside, and shot by candlelight or by a fireplace. We didn’t have a single day in a studio. We shot on location even in winter. It was an experience that translated perfectly into the film.”

Starting prep in April 2021, the film went into production in the Italian Alps, the city of Turin, and then Nepal, over the course of seven months, before wrapping in December. The Eight Mountains refers to the octet of Nepal’s loftiest peaks, themselves enigmatic metaphors of earthly ambition and conquest. It is Pietro, always restless, who goes to Nepal to fulfil a lifelong dream and maybe – just maybe – find some inner peace.

“I don’t even remember how many shooting days we had, I lost track at a certain point. I’m sure it was more than 60,” considers the DP. “We couldn’t scout other locations because of Covid, so when we arrived in Nepal, we travelled with donkeys for almost four weeks, shooting documentary-style, discovering the film along the way. It was obviously on top of what was in the script and what we discussed during the prep, but there was a lot of freedom in doing it that way. Also for our actor, Luca Marianelli, who plays Pietro.”

Aspect ratio was yet another thing they discovered along the way.

“We didn’t want to be overly-romantic, but the spectacular views begged for a widescreen treatment. We started prepping that way, but gradually realised a narrower frame would serve the story much better, so that the characters are informed by what surrounds them, but are not overshadowed by it,” notes Impens.

“We persuaded the producers to go with the 4:3 Academy aspect ratio and shoot spherically on ARRI Alexa Mini LF. It was perfect for the film’s visual grammar. We often see the characters stuck in their lives, so we found it interesting to have them stuck in the frame as well. The shots are mostly static, and when the characters move, they move in and out of the frame.”

There is camera movement in The Eight Mountains, for example in a motorbike scene in a city that was shot from a rigged car, but Impens was adamant on not distracting the audience with too much visual stimuli other than what is within the frame.

The same reasoning applied to how he shot landscapes. “I wanted to embrace the mountains as a separate character. When I shot Beyond The Steppes (2010, dir. Vanja d’Alcantara) in Kazakhstan, I realised that longer lenses work better for this purpose. There’s more to discover in a pan with long zoom lens than with a wide-angle lens,” he declares.

“I shot most of this film with Zeiss Supreme Primes with some softening filters. They worked wonders with the Alexa Mini LF for interior lighting set-ups, but the mountains I shot with an Angénieux Optimo 36-435mm Full Frame.”

This approach enabled Impens to cover spectacular Alpine vistas with slow pans of Pietro, Bruno and other characters hiking through the wilderness, and to create shots that define them better than words ever could.

“We used drones to give more scope to their travels, and Steadicam for some following shots when they reach a mountain peak, but we mostly shot handheld and played with sort of deframing people in 4:3 spaces. The advantage of this aspect ratio is that you can get creative with compositions. Whether it’s a man standing very low in the shot with a mountain towering above him, or highlighting the red colour in Pietro’s gear and clothing against the nature’s greens and yellows and greys, the shots give you something to think about.”

Pietro and Bruno meet beautiful women, get married and go on with their lives, but they never seem to reach the purity of the bond they struck up when they were kids. Impens did not use many light sources for emotional and logistical reasons.

“The idea was to immerse the audience in their world and there isn’t much glamour to it, at least not in the way big film lamps work. Natural light enhanced by negative fill did most of the work outside, whilst the Alexa’s sensor along with the Zeiss Supremes, LiteGear LiteMats and DMG Lumière Mini Mix LED lighting, were more than enough for the interiors,” he notes.

“Charlotte and Felix were also conscious about the mise-en-scène. We either had a character sitting by an open door, or used the hut’s three windows to diversify the light when the weather conditions were favourable. It was really simple stuff that grounded the story.”

The grade, done with colourist Veerle Zeelmaekers covering for Covid-stricken Peter Bernaers, turned out to be quite an intensive experience.

“You’d think the final grade was just about fine-tuning what was shot, but there were a lot of things to consider,” Impens explains. “Should we subtly separate different time frames in terms of light and colours? Should we re-grain some of them?

“We eventually decided to do it as one consistent thing, but it was a process. There were a lot of things to tweak, too. Like fading-out fresh greens to make it look like the end of a summer. Or, pushing a sunset to be a bit warmer so as to follow the emotions of a character. It didn’t help that we were selected for Cannes main competition and had to rush with the DI while they were still finishing the editing.”

All-in-all, Impens is extremely satisfied with The Eight Mountains and the many offbeat choices they made to deliver the project as it is.

“I knew the novel before, when Felix told me about the adaptation, and I was a little terrified. How to translate such a character and emotion-driven story, in which it’s hard to pinpoint where the tension and the drama come from? In literature it’s easier. But I think we managed to do it justice and make something of our own. The film just flows and you’ve got to let it take you to places.”

He concludes, “This was a completely different experience to Titane, or basically anything I’ve shot before. It was another way of filmmaking. I embraced that as much as I could. And I think I’d like try something like this again sometime.”