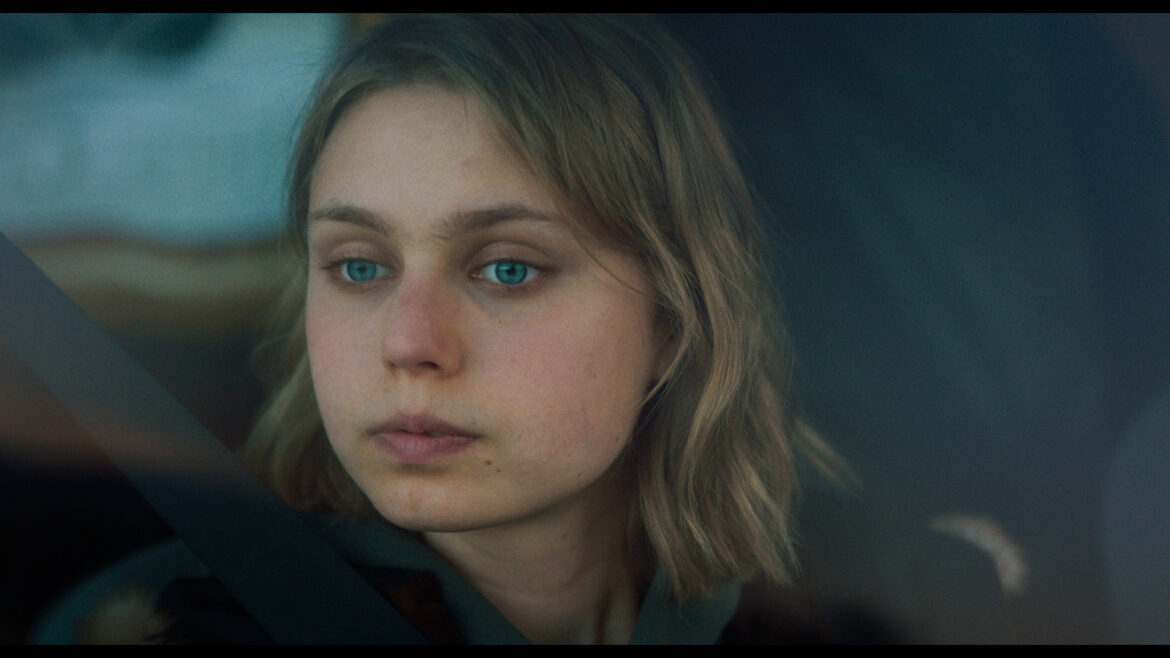 For Fiona Braillon, who trained as a Director of Photography at the “Institut des Arts de Diffusion in Brussels” (IAD), Belgium was more than just a diversion, but rather fertile ground for long-term working companionship. She gave us her view of this journey that has taken her all over the world and her images that zigzag brilliantly through all the registers of auteur cinema.

You have lensed intimate documentaries as well as feature films that are part of the more classic production process. What guides your choices?

I prefer having an affinity with the filmmakers. In the beginning, I accepted everything; I shot a lot during my first ten years to learn and gain legitimacy. I was an assistant on large shoots and I took on the position of head of department on smaller projects, which is the classic route when you start out. Shooting time is great, very exhilarating. But at the pace I was setting myself, I reached a certain saturation point. Thanks to the experience I gained, I was able to select my projects more carefully and, above all, have some time to take a breath.

In order to achieve something beautiful in your work, you need to be nourished by life, otherwise, you risk seeing your field of vision reduced. You have to be able to take the time to observe the way a ray of sunlight comes through a window. My alternation between genres is also part of this balance. In fiction, you are cut off from the world, only the universe created for the shoot exists. In a documentary, on the other hand, you try to capture the reality around you.

When I started out, I thought that a cinematographer should be able to do everything and not be attached to any particular genre. With experience, however, I realize that, despite myself, I have developed my own style. People recognize my images. Someone once spoke to me about a form of “heightened naturalism” to define them. This fits very well with the taste of certain directors I work with. François Bierry wanted, for example, in Solo Rex and Vihta, to film in a very frontal way, which creates geometrical images inspired by Swedish filmmaker Roy Andersson. The image of Baden Baden works on the theme of architecture to serve an idea present in Rachel Lang’s note of intent: The story of a young woman who is looking for a structure to her life. The wide, fixed, highly composed shots “speak” of this quest for construction.

You have worked with Rachel Lang since the very beginning, Your working relationship is akin to companionship.

We studied film together at the IAD in Brussels, and we have remained close friends. We know each other by heart, which made it much easier to work on the six films we made afterward. This emotional dimension is important to me because it helps to create a common language. It is built up from the time of preparation, in which I am very involved. I am deeply interested in the experience of crafting a film and I need to invest myself in this research time beforehand. This way, you develop reflexes, an instinctive accuracy that unfolds at the time of the shoot. The need to formulate everything disappears and we save precious time.

How do you distinguish the place you occupy on the set of a fiction or a documentary?

In both cases, there is always a relationship between the filmmaker and the filmed one: one person is watching, another is being watched. In each case, there is an intimacy between the two, a kind of seduction. In the context of a documentary, it may be necessary for the director to be behind the camera himself. Especially for a film where a person is close to the filmmaker or who is not used to being filmed: a special bond is often formed between the director and his or her protagonist through this position. Interposing a camera operator in the middle is not always simple. This is what happened on “Lèv la tèt dann fenwar”, where Erika Etangsalé filmed her father, a relatively closed person who suddenly became completely free in front of the camera when his daughter started filming him. The same goes for “Saule Marceau”, where Juliette Achard films her brother. When she felt she had to be alone, I let her be alone to film.

Each film has its own device, you have to find the right one, and I am attached to the idea of defining it clearly, even in documentaries. The presence of the camera implies an agreement with the person being filmed, who delivers something extra in relation to his or her daily gestures.  A subjective choice is made when filming, It’s a shame to try to make people believe the opposite. I don’t like it when a filmmaker says to me: “I want it all”.

That said, my work with Nelly Ben Hayoun contradicts this idea. Nelly is not a filmmaker, but a performer and a doctor of philosophy [founder of the University of the Underground in London, (EDITOR’S NOTE]. She defines herself as a “designer of experiences” and has, for example, worked with NASA on the staging of a very amazing opera. For “I am (Not) a Monster”, her film about the philosopher Hannah Arendt, we traveled together to Japan, the United States, Europe, and Ethiopia. Her instructions were simple: “Film absolutely everything”. It’s a process that approaches performance as if we were engaging in choreography. I’m not stuck on processes. on the contrary, I like to let myself be carried away by the energy and the gaze of a director.

You often work on location, do you have a preference for this type of films?

I love modeling daylight and filming in nature, especially in mountains. This became clear to me when we were filming ” Beyond here”. The shoot was so intense. It was my first feature film as director of photography, self-produced and directed by Hugo Bousquet, who was a classmate at the IAD. The film takes place in a single location shot with a very small crew and where each day began with a few hours’ walk in the mountains to reach the set.

Following this, I spent time in the desert of Arizona for the documentary The Devil’s Rope, by Sophie Bruneau (2014), as well as in the desert of Djibouti for Par-delà les nuages: le cinéma de Marion Hänsel by Caroline D’Hondt (2019). It was great to return to this landscape with Rachel Lang for Mon Legionnaire, this time in Morocco, where we shot the scenes that, in the story take place in Mali. We didn’t have much money and time, so we had to go with a small crew and use mainly available light, i.e. light that is part of the set. Taking lightweight equipment with us was a necessity, especially as we did not have access to electricity on location. The nights were lit with lamps and neon lights. I pushed the camera to 1600 iso for more sensitivity and because I especially like this texture. These images from Mali are quite monochrome compared to the more colorful ones shot in Corsica where the wives of these soldiers are based. The film works on this visual ambivalence. The night-time images of Zero Dark Thirty (Kathryn Bigelow, 2013) were among our references for their contrast between warm and cold, even if Mon Légionnaire is not strictly speaking a war film.

In addition to her film career, Rachel Lang is a reservist, but she did not want to idealize or embellish the characters and the story of the film. We, therefore, refused to use round lenses, which soften reality, in favor of more raw and flat lenses.

How do you see the marginality of filmstock today?

I graduated from school in the same year as the RED and Alexa cameras came on the market. So I’ve never worked in a world where film was the cinematographic standard. I’m very sad about that! I would have loved to have been part of the generation that had that opportunity.

I love its depth, the accidents it causes, and the texture. Today it’s a rare choice that remains more expensive, whatever people say, and one needs to be trained in using it. However, one does not really learn to work with a medium if you only practice it every five years. I have not had the opportunity to use film on a major production. But I do use it on personal, more experimental, or smaller-scale projects.

For Red Skin, a short film by Maya Haffar (2017), for example, the use of film was the obvious choice as filming took place entirely in the forest and the color green is very complicated to manage in digital. It is also a real bias on the part of the director because the film plays on sensory elements that Super 16 renders very well, especially the character’s very intuitive relationship with nature.

I also practiced using film thanks to the many Kinos I took part in, in Brussels and Montreal, after I left school. It’s an association whose principle of getting filmmakers together to make films in a given time, forty-eight hours or a week. The team meets on location, reads the script, shoots quickly, and at the end of the week, a finished film is shown. These are good exercises that allow for experimentation and learning. People travel the world to participate.

I like projects on the fringe and, while I enjoy working on classical productions that involve fifty people on set, I also like to be surprised by the way things turn out on shows with a small team, with minimal equipment and the proximity of these conditions with reality.

I experienced this intensely on Rosine Mbakam’s latest project, which we shot in the summer of 2021 in Cameroon with seven people. There is a paradox here because I love working within the filmmaking machine, but it is important to me that the technical side does not encroach on the time for creation, research, and dialogue. I think I like things that don’t look the same and the possibility to invent with each film.