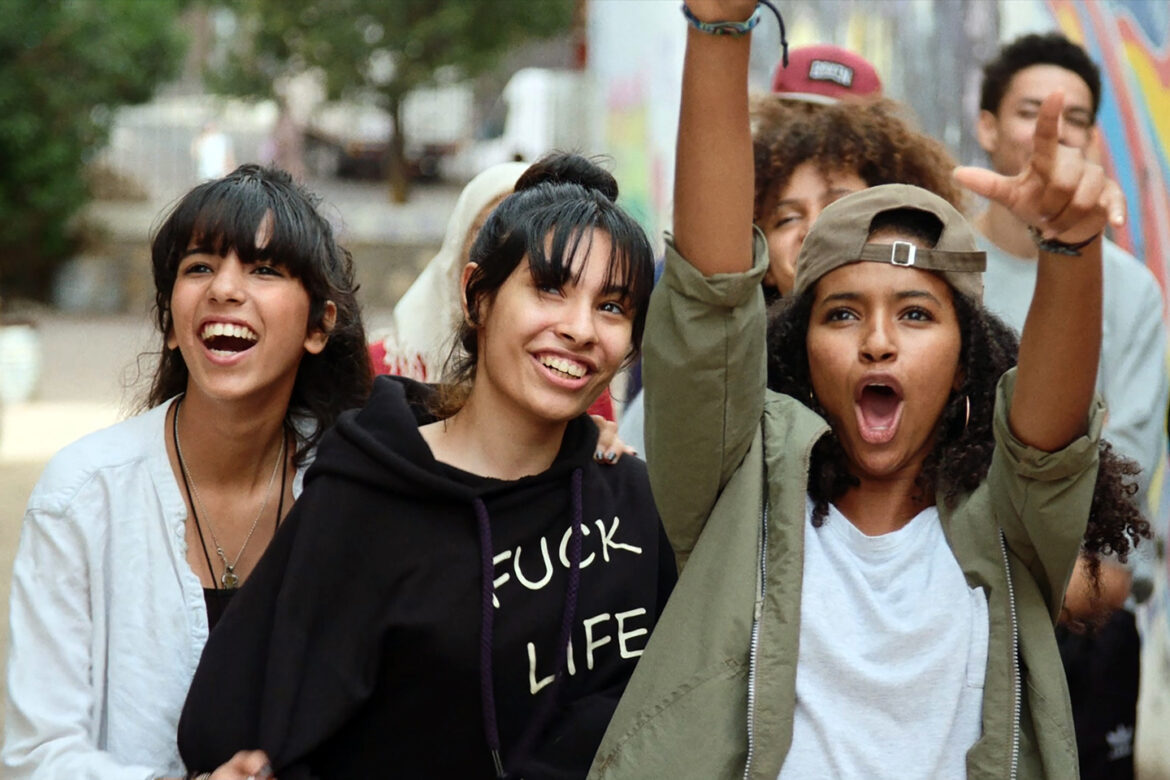 Virginie Surdej, SBC, Belgian Cinematographer, won the Magritte for Best Image for Une famille syrienne, by Philippe Van Leeuw, AFC. Amine Messadi, TSC, Tunisian cinematographer, signed the pictures of Sortilège, the feature film by Tunisian Alaeddine Slim, presented at the Directors’ Fortnight in 2019. After working together on Razzia and Much Loved, it is for a third collaboration with Nabil Ayouch that the two cinematographers meet again to film High and Strong(Haut et fort), presented in the Official Competition at the 74th Cannes festival.

Anas, a former rapper, is hired at a cultural center in a working-class neighborhood of Casablanca. Encouraged by their new teacher, the young people will try to free themselves from the weight of certain traditions to live their passion and express themselves through hip hop culture.

A look at Moroccan society

Shot entirely in Casablanca, the story takes place in and around a cultural center in the Sidi Moumen neighborhood. The film mainly follows a class of young people who are learning hip-hop. By filming this class, Nabil Ayouch reveals how these young girls and boys manage to talk about themselves, to tell what troubles them, makes them dream, upsets them in their daily life. This speech translates their relationship to society, but Haut et fort also shows the way their relatives position themselves on the fact that they rap. It is a look at Moroccan society as experienced by this class.

Haut et fort is a fiction inspired by reality with a rather atypical shooting, over several sessions. Between sessions, Nabil Ayouch edited the footage shot, rewrote the film… which was built during the shooting. It was a desire of the director to make it that way.

The first shooting took place at the end of 2017, five years ago, and we tested the shooting device on this first session.

The will of staging was focused on a maximum of lightness, flexibility, accompanying these young people who were not actors. We wanted the camera to be in the middle of them, to really be part of this class. Given the number of characters and in order to be able to capture the dynamics of the discussions, the decision to work with two cameras was imposed. The camera team was very small, no focus puller, no grip, just a gaffer.

Nabil was aware that this process would generate images with a raw side and a certain fragility. And it is partly thanks to this device that the options for the staging and the aesthetics of the film were defined.

The choice of the equipment was made according to the balance sought between the ergonomics, the fact of not having a focus puller, the quality of image, and the availability of the equipment in Morocco to avoid shipping from abroad. We quickly decided on the Sony FS7 cameras, because we needed to be able to hold it on our shoulders for a long time, and Canon EF 70-200, 24-70, 24-105 mm zooms, light and stabilized. As on Much Loved, we filmed entirely hand held. The choice of zooms also came quite early, it seemed to us coherent as the answer of the desire of immersion in this class. But there was also a desire to leave them visible in the image with all the sudden and furtive aspects of a zoom movement.

We filmed most often in different axes to be able to follow the discussions with diverging points of view. Some scenes had an improvised character, others were cut more precisely.

The art of lightness

The wish to remain as light as possible was extended to the lighting. The sources are often lighting fixtures integrated into the set, whose intensity was reinforced. We had 4 or 5 Avolon neon lights designed by the Belgian gaffer Bruno Vertstraete, Cobras and Lomos, which we could easily hang, as well as a few reflectors. This was our basic kit, which we completed with a few Kino Flo and two SkyPanel S60 for the night scenes.

An evolution of the image for the musical scenes

High and Loud is also a musical film, all the musical performances and dance scenes have to show these young people who transcend their lives, who really start to shine like stars. The image thus translates something of this consecration, it is brighter, more colorful.

To film these concerts, we took advantage of the equipment in the cultural center where we were shooting.

Finding the harmony of the film during color timing

In color grading, we stayed in a naturalist style. We wanted something raw, a bit urban. After finding the right contrast and saturation with colorist Laurent Navarri from La Ruche Studio, we added a little grain to get a more organic image.

We treated the music scenes differently, which are more saturated and brighter.

The difficulty of this film was to find a unity in these different spaces: an organic balance between the life in the classroom, the life in the center, the neighborhood around and the musical sequences.

We would like to thank the gaffer “Luce”, Mohammed Sellam, who had already accompanied us on Much Loved, as well as Adil Ayoub who also participated in the work of the frame, for their beautiful presence.

Interview by Brigitte Barbier, for the AFC-Translation Louis-Philippe Capelle sbc