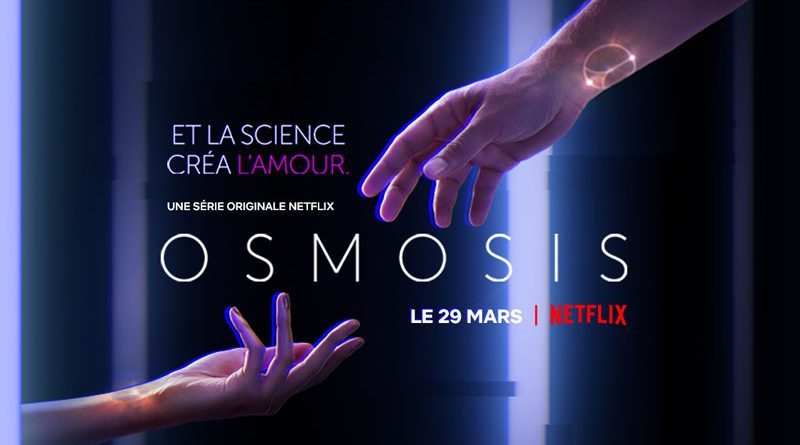 Jon Fauer: What cameras did you work with on Osmosis?

You mentioned spherical lenses. Which lenses?

When we started this project in May 2018, there were only a few lenses that would cover Full Format. I tested and compared almost all of them. I also compared them with Super 35mm lenses.

Ultimately, I was very comfortable with the beauty of the images shot with Cooke S7/i Full Frame Plus lenses, especially wide open at T2. They created a kind of poetry that was very effective. The S7/i had a Cooke look that I liked and reminded me of the S4/i but filling the larger format.

I have regularly used Cooke lenses. I love the characteristics of the flares and the beautiful fall-off that you get wide open. The S7/i Full Frme primes have gentle transitions from the area that is in focus to the areas that are in front or behind. Using Full Frame sends us a step further with shallow depth of field, especially at T2. The faces in close-ups have a quality I have not seen anywhere else in Full Frame 8K. And that historic roundness of Cooke lens- es was always present.

Why Full Format/Full Frame/VV? Last year in France I felt a bit of resistance against Large Format.

On the contrary, using the larger sensor of the RED MONSTRO 8K VV with Cooke S7/i FF Plus was an extremely attractive combination. We shot locations in present-day Paris that had to represent a futuristic world. Because I was able to focus on the subjects and put the background completely out of focus, production did not have to add VFX work in post to change those backgrounds.

A lot of people watch Netflix on their Smartphones and it is often difficult to notice depth of field fall-off. But shooting Full Format on MONSTRO 8K with lenses wide open at T2, we put the focus on the area of our desires. Since it’s mostly about the actors, they were the focus of that attention. I should say that in prep, the director was leaning toward shooting S35 in 5K sensor mode on the RED camera. But when he saw the Full Format comparison, the choice was clear. The main reason for Full Format is depth of focus or, I should say, very shallow depth of field.

Why not anamorphic Full Format? It also has a very shallow depth of field.

For this series, I did not want to have the distortions and aberrations inherent in an anamorphic system. This was a series for Net- flix about the future. That’s why I was very comfortable to use a new system of Large Format with a new set of lenses like the Cooke S7/i. Ultimately, I pushed the entire process to the maximum. I was not afraid of losing control of it from time to time. I’m comfortable with that sometimes losing control in terms of focus.

It was very difficult. It must have been a nightmare for my 2 focus pullers because I was shooting handheld and very often wide open. We were shooting with two cameras and that is why we had 2 focus pullers.

I was a focus puller for 12 years on more than 40 movies. It is a great pleasure is to work for the director deciding where to put the focus. You make choices where you want the audience to look. The Camera Assistant / Focus Puller is a good friend of the director. You can even see when viewing on an iPhone. Our assistants pulled focus off monitors. They were helped by having Cinema- tography Electronics CineTapes. I was pleasantly surprised by the results. It was not perfect but it was a dangerous style, trusting in focus, with the assistants almost playing it like a video game.

We shot in Paris and rented the camera, lenses, lights and grip equipment from TSF. We worked with Danys Bruyere at TSF and I was very comfortable with that because I know him and the company and I’m very happy with that.

Focal lengths of the Cooke S7/i that you used?

We shot Osmosis mostly handheld. Flashbacks were on a dolly. I used the Easyrig almost all the time. Sometimes we added 2 batteries at the rear of the camera for balance.

We shot with two cameras mostly handheld, either simultaneously or with one camera shooting and the other being prepped. We only had one set of S7/i lenses, so we did our best to share fo- cal lengths, and at times, used a 2x extender. Sometimes, we even changed the RED MONSTRO 8K VV to 7K to increase the focal length to have the ideal reverse shot.”

I have been working with RED cameras for the past 7 years. Most of the time, I have worked at an ISO of 2000 to create a little tex- ture. I add a little grain in post.

With the MONSTRO 8K VV, I pushed the camera to 3200 ISO. With the RED, we can work with the compression. My goal is not to have too much resolution, my goal is to have a little less detail. I prefer 8K Large Format, but with 5:1 or 12:1 REDCODE compression to kill some of the definition and have smaller files. It makes it easier to work with lighter files.

Lots of ND.3 to ND2.1 and Polarizers all the time because I’m working at high ISO sensitivities. Also Schneider DigiCon filters all the time to create interesting flares and adjust the black level. The camera, lens, lighting and grip package were rented from TSF.

The lighting was Japanese style, with different colors, practical lights everywhere, atmosphere, a futuristic look. We had Astera tubes everywhere. We used the ARRI S360, S30 and S60 SkyPanels, which was amazing and can plug into a household electric socket. So, I did not need 6K or 12K fixtures. This fulfilled my intention and challenge to do an entire film without a generator. Today you have to be fast and easy. Our gaffers use iPads to regu- late intensity and color.

Half of the movie was shot in studio, with a lot of light. Because the film takes place in a future with lots of artificial intelligence, I figured the lighting should almost breathe and vibrate. We used Ayrton Mistral moving lights like they have in discos and concerts, controlled by computer. The light is the reflection of the state of mind of this world of AI. I also wanted to make sure that there was a visual difference in the way people look today and how they and the world might look in the future.

From Film and Digital Times by Jon Fauer ASC — www.fdtimes.com