A warm welcome to our 7 new SBC Members. 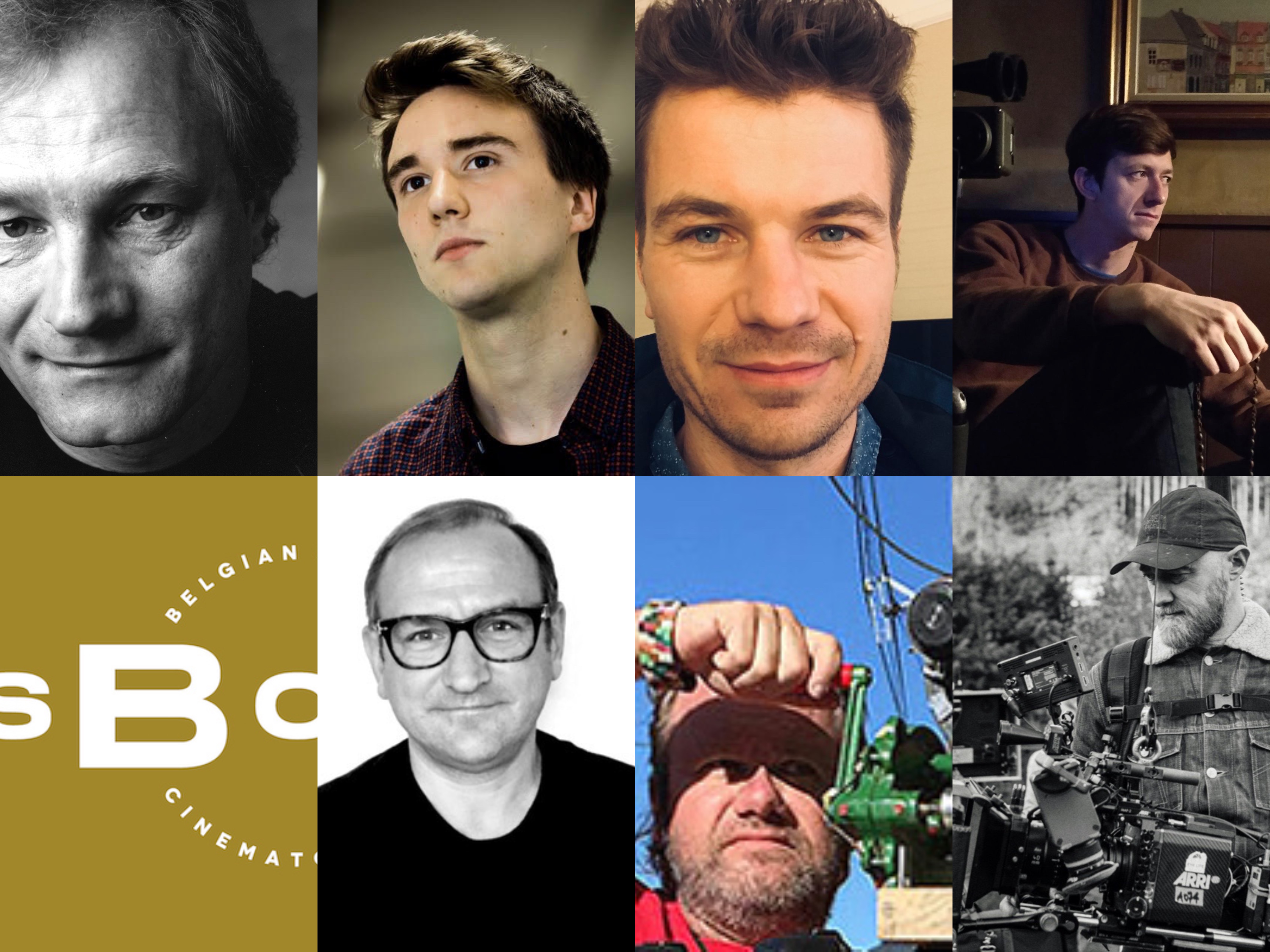 The Belgian Society of Cinematographers is proud to announce seven new members :

Benoît Dervaux was born in 1966 in Liège. He studied cinematography at the IAD before starting out in 1990 as camera assistant on Manu Bonmariage’s RTBF show Strip Tease. Wishing to direct his own documentaries, he enrolled into the Dardenne’s production workshop « Dérives » which produced « Gigi and Monica », followed by « Gigi, Monica… and Bianca » both receiving a lot of awards. This let to him becoming the Dardenne brothers camera operator, working in tandem with the director of photography, Alain Mercoen (SBC) on every film they directed since “La Promesse” (2016) . On their last feature “Le jeune Ahmed” (2019) he got the chance to move up to become the director of photography. In the meantime he directed several documentaries like « La Devinière » or « A dimanche » and lensed « Le trieur » a short film by Laurent Brandenbourger and Philippe Boon (1993), “Stormy Weather” by Solveig Anspach (2003), “Les anges portent du blanc” by Vivian Qu (2017) and Bitter flower by Olivier Meys (2019). He also is a cinematography teacher at l’école du doc., in the Ardèche, at the IAD, at La Cinéfabrique in Lyon, and at La HEAD in Genève.

After having graduated from the Insas film school, Julien Lambert started as a camera assistant working on features by Stijn Coninck “Soeur sourire”, on Jérôme Salle’s « Largo Winch 2 » or on Guillaume Vincent’s 3D “Terre des Ours” in Kamchatka. In between jobs he shot dance films for Thierry de Mey and the Kiss&cry collective (Jaco Van Dormael & Michèle-Anne de Mey). Productions for which he provided visuals like “Kiss&Cry” and « ColdBlood » have traveled all over the world.  Lately his emphasis lies on shooting feature length documentaries like “Le poids de l’Antarctique” by Marjorie Cauwel, “Moshta” by Talheh Daryanavard, “Qu’est-ce que je fais là?” by Bertrand de Solliers or “Là-bas, les Kerguelen” by Marjorie Cauwel…

Robrecht Heyvaert is 32 and a Flemish DOP. While studying at the RITS film school, he was working as a film projectionist in art centres. He quickly found himself to be an in demand cinematographer on short films as ‘Plan B’(2008) and “Injury Times” (2010) by Robin Pront, “Broeders” (2011) by Adil El Arbi and Bilall Fallah, “Baghdad Messi” (2012) by Sahim Omar Kalifa or “De Vijver” (2014) by Jeroen Dumoulein. This let him into shooting features like “Revenge” by Coralie Fargeat (2017), “Dode Hoek” by Nabil Ben Yadir (2017), “Torpedo”(2019) by Sven Huybrechts,  “D’Ardennen” (2015) by Robin Pront and last but not least “Patser” (2018) “Black” (2015) and “Image” (2014) by Adil El Arbi and Bilall Fallah. He was also responsible for the cinematography of the pilot of the US series “Snowfall” for FX network. In spite of his youth, he got the opportunity to photograph the successful feature film “Bad boys for life” by Adil El Arbi and Bilall Fallah (2020) staring Will Smith.

Olivier Auverlau was born in Belgium in 1969. He first started as a fashion photographer working for magazines like Elle, Marie-Claire or Cosmopolitan. In 1991 he graduated from Insas as a cinematographer. Living in Ecuador since 1992, he spend most of his career as director of photography in South America, shooting several feature films such as “Gafas amarillas” and “Sin Otoño “ by Ivan Mora (2017 and 2013). Four feature length documentaries “Yo Isabel” (2018), “Cuba, the Value of utopia” (2009) , “De cuando la muerte” by Y. Guayasamin, “Between Marx and a Naked women” by camilo Luzuriaga. Besides working as a camera Operator on the Hollywood film “Proof of life” from Oscar winner director Taylor Hackford and many short films, musicals etc … and more than 300 advertising spots as a director of photography. Since 1995 he also produced some documentaries, one of them was included in the IDFA 20 best films list compiled for the festival’s 20th anniversary .  Always interested in the research and recreation of old processes, handcrank cameras , analogue techniques, and unconventional lighting systems he builds cameras, pinhole systems ,and collects hundreds of atypical lenses and film cameras . In the analogue era , he developed his own 4K to 35mm frame by frame film transfer machine operating 9 times faster than regular available ones. In 2015 together with his wife and film director Yanara Guayasamin, they created an “workshop residence house ” to teach cinema in the mountains of Ecuador . Currently he lives between Belgium and South America .

Kees Van Oostrum was born and raised in Amsterdam. He went on to study at the Dutch Film Academy with an emphasis on both directing and cinematography. After graduating he received a scholarship sponsored by the Dutch government which enabled him to enroll the American Film Institute (AFI). He then has subsequently compiled an eclectic range of some 60 credits, including movies for television and the cinema, and occasional documentaries. He shot the Emmy-winning documentary “The Last Chance”, and earned additional Emmy nominations for the telefilms “Miss Rose White” and “Return to Lonesome Dove”. His peers chose the latter for the 1994 ASC Outstanding Achievement Award for cinematography in a television movie. He has earned other ASC Award nominations for the television films “The Burden of Proof”, “Medusa’s Child” and “Spartacus”. His diverse body of work includes the history-based feature films “Gettysburg” and “Gods” and “Generals”. Most recently he has completed the films “Dark Hearts” and “Copperhead”. He also directed several episodes of series like the “Fosters” in 2015-2017 and a feature film “A perfect Man” released in 2013 and produced a few features like “Dark Hearts” by Rudolf Buitendach (2014) and “Christina” by Larry Brand (2010). Last but not least he is president of the American Society of Cinematographers (ASC) since 2016.