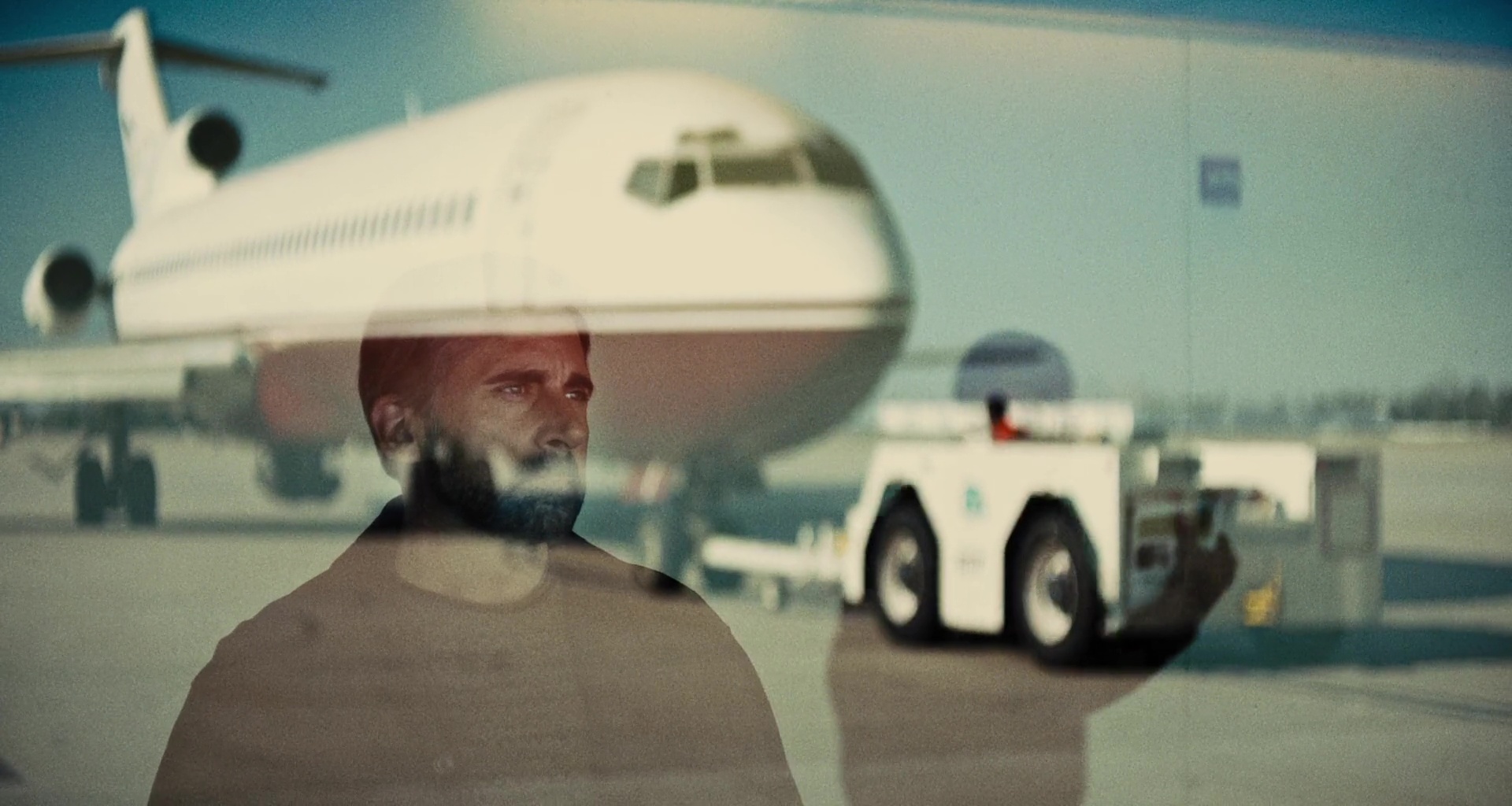 After shooting their first feature together in 2004 – Steve + Sky – Felix Van Groeningen en Ruben Impens became one of the happy marriages in Belgian cinema. Their third creative child The Broken Circle Breakdown not only had a great foreign box office run, it was also nominated by the Academy for Best Foreign Language Film.

Six years later the duo returned to the United States for their first Hollywood production, Beautiful Boy. Based on the best selling book by David Sheff – Beautiful Boy: a Fathers Journey through his son’s Addiction – the film shows David Sheff’s struggle – embodied by Steve Carrel – to help his son, Nic Sheff, – played by Timothée Chalamet – with his addiction to methamphetamine. The story maintains quite a neutral perspective, mostly showing the fathers‘ side and his struggle to understand his son’s ever impending relapses.

When first reading the script Ruben connected with the story on many levels: being a father himself he could imagine David Sheff’s pain and anguish. “Especially my son at times appears to be drawn to everything that is dangerous or off limits.’ Many of the story’s elements felt recognisable; “I was never a big user of drugs myself, but we all have people around us that struggle with addiction – so the familiarity of the story really compelled me to help tell it.

Just like the book, the film depicts meth addiction not as a failure of character on behalf of the addict, but as a disease, a condition that leaves addicts and their loved ones powerless, frightened and tormented with confusion. The film however focuses much more on the experience of living with addiction or an addicted loved one. “It was a conscious decision not to dwell on the “tripping” aspect of the experience – the book went much deeper into Nic’s dark side; for example, it describes how he prostituted himself to get his hands on a hit of meth’. The filmmakers met with both David and Nic, and even visited their home in Inverness, Northern California.

At the time Amazon Studios had just had a couple of positive experiences with the Alexa 65 and suggested it for Ruben to consider. After some initial tests he opted to stick to the Alexa SXT and its familiar S35mm sensor – allowing him to focus his energy during limited prep time on other things. “We had the camera available, and there was budget and knowhow for its workflow, but it felt a bit rushed to go into battle with the 65 after a relative short period of prep – its a very different system; the extreme shallow depth of field would have dictated too much of our other choices on set. I would have needed more testing to make it work. Besides that he lens options were still quite limited at the time as well. So it didn’t feel like the right thing to do.”

A large portion of his prep time went into finding the right people in America to facilitate a US version of their ‘Belgian way of working’. “It was my first time shooting in America, embedded in their union system as well, so I spend quite some time doing the groundwork in that sense: I wanted to surround myself with key people that I felt a personal click with, allowing Felix and myself to be at ease and continue developing as we have in the past”.

An extensive lens test landed Ruben with the hawk V-lite 1.3 anamorphic lenses – the only anamorphic option included in the test. “Somehow they stood out – the film is set in the early 2000’s so the anamorphic bokeh did help with grounding the images in a slight period feel – they felt right when we did our comparative tests”.

After some discussions on aspect ratio Felix was able to convince Ruben of the 1.85:1 aspect ratio. They shot ARRIRAW, and Ruben enjoyed the support of a DIT on set – Lonny Danler – who also ran Livegrade for him. Early on during prep E-film came on board. Colorist Tim Stipan helped Ruben to find the right On-set LUT; “I described to him some of the main attributes for the look I was after. I wanted something quite warm, filmic, with hefty shadows and blacks. Tim produced a bunch of options, which we assessed on various test frames I had shot during our tests. After picking one, we tweaked it further to take out some of the too aggressive attributes of the LUT; it was a bit too warm globally. Thats what we started with on day 1, still making further minor adjustments in the Livegrade as we went along.’

For the overall image Ruben and Felix knew they wanted to maintain a classical approach; “its a portrait film, and in that sense the images needed to let the performances speak for themselves. Funny enough we did add some pepper and salt here and there with more complex or expressionistic camera work – but almost all of that ended up on the editing room floor. We shot a driving scene where the camera revolved around the moving car – a lot of work, a lot of time and budget – but in the end it did overshadow the story. Not a first, probably not a last either!”

During pre-production Ruben had many conversation with Gaffer Brian Bartolini about the texture of light: “early on I realised how different the US crew looked at light texture and contrast. I found they work extremely soft, starting with big volumes of light, often setting a base ambient from which they start working – they are extremely good and almost obsessed with controlling all the available light outside locations”. Often Ruben found he wanted way less and way simpler sources than what his team was ready to offer up – vice versa he found that Bartolini would be surprised at how hard Ruben liked his sources. “It took us a couple weeks to get used to one another and we both were keen on seeing how we were used to different approaches. In the end, whether you get your contrast from the light or from a very aggressive contrast curve in your LUT – there isn’t a wright or wrong I believe – filmmaking is not an exact science.”

“One of the biggest eye opening aspects of working in the states was working with incredible production designer Ethan Tobman. The things they build from scratch would look and feel as if there had been in use for decades. They are true craftsmen – I could feel how a long tradition of set building was in play when watching them work. I remember being quite surprised when seeing them commence how everything was made with solid wood, elevated – it felt really old- fashioned – and at the same time everything was modular and adjustable. It was a real pleasure to work with that team.”

One of the most challenging locations for Ruben was the bay where Nic and Sheff go for some quality time on their surf boards. The scene shows how David panics when loosing Nic out of sight for a moment – and then sees his son come fizz by on the wave. “It was a tricky scene – the bay was part of a national park, which meant we were very limited with bringing in equipment and people. We chose it for its black rocks sticking out of the water – the lurking danger, that added to David’s brief moment of panic. We couldn’t have jet ski’s in the water, so safety precautions were quite limited. I operated myself till we got about knee deep in the water, and then handed of the camera to Peter Zuccarini, who is a specialised underwater operator. He brought his own Alexa Mini housings”. The water team went back for a second day to work with the body doubles to finish the scene off.

“Its not necessarily an American thing, but one of the challenges on this project for me consisted of the fact that for tax reasons we had to do a significant part of our interiors in studio. The upstairs of the Sheff house was a set, as well as some smaller locations like the NYC hotel room, the toilet stall for Nic’s final OD, and some others. This felt quite unnatural at times, but it was completely out of our hands and was locked even before I came onboard.

In a quite intense scene Nic and David meet up in Cafe Beatrice, a place they have visited since Nic’s childhood. Nic has been in the wind for some time and resurfaces mostly to ask for money to move to New York. The scene has incredible emotional tension and the performances take impressive twists and turns along the psychology of addiction. “The dramatic arc Timothée pulls off in that scene is quite incredible. It was one of our most dramatic, central scenes in the film.” Shooting on location, Ruben used two 18K fresnels for his key sources – then balanced the inside with some bounce boards. “We got lucky that the cafe we used had awnings above their windows. We extended those with some overheads and then brought in our key light – far away and soft. We added a bit of haze to further soften the image.”

One of the strongest single frames in the film is a shot of David Sheff watching his young son – 5-6 years of at the time – take of in a plane to go visit his mother for the summer. “We discussed early on that we preferably would see that in reflection. It was one of those right before lunch shots, and it was a matter of running around and finding the right spot with the right airplane parked in front, under the right lighting conditions. You can hope for it, but you can’t really control all those elements entirely. I remember seeing it and knowing we got exactly what we were after. We got lucky – If the belly of that plane wan’t a dark colour Steve’s face would have been lost in the reflection.”

In hindsight Ruben feels the biggest challenge for him on Beautiful Boy was the transplant to the US. “It was a great experience taking our collaboration to the states. I shot The Mustang [also a US production] since and I do wonder sometimes if our rather withheld and downplayed approach had to do with the new environment and its many unknowns. By the same token I am confident this story was not one of classic trippy drug experiences. I would say it is closer to films like, Ordinary People, Kramer Vs Kramer, Terms of Endearment – classic family dramas.”

Beautiful boy was shot over 45 days around LA as well as some locations in Northern California , during the early spring of 2017. It has just finished its theatre run here in Belgium, but for those who missed it on the big screen, it is available on DVD already.