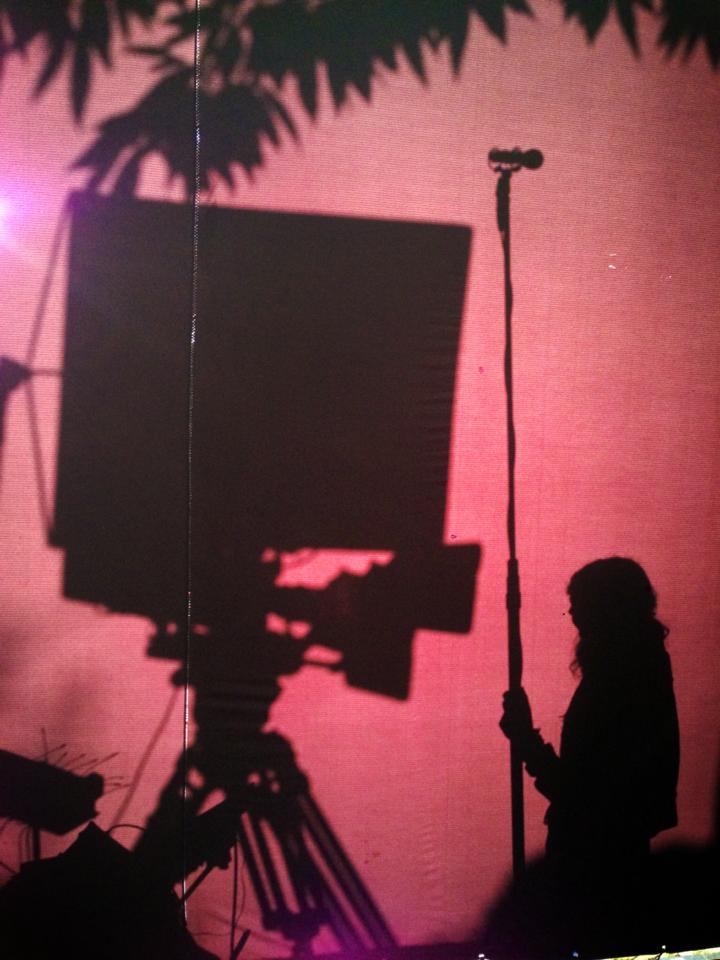 Filips career started in Belgium 15 years ago after the short film “Schijn van de Maan” received a “Golden Palm nomination” at the international film festival in Cannes. This quickly resulted in shooting various advertising commercials and a feature film “The Last Summer” in Belgium. Then a phone call came from the US to do a feature film over there and he quickly responded to it. He now lives and works in Los Angeles where he shot several features among others: “The open house ” for Netflix, ” Witness infestation” by Andy Palmer and “Honest thieves” by Gor Kirakosian.

Hans started out 9 years ago shooting the thesis feature film “Little Baby Jesus of Flandr” directed by Gust Van den Berghe. He was still a part-time student, working part-time as technician at Videohouse when getting the news that his first feature film was selected for the 2010 Cannes Film Festival . Following his graduation he began receiving offers to work on feature film projects by some brave producers and directors in the art house scene. His recent films include “Charlie & Hannah gaan uit” by director Bert Scholiers, “Clases de Historia” by director Marcelino Islas Hernandez and “Lucifer” by Gust Van den Berghe.

Fiona received a Masters degree in cinematography in 2010 which led her to shoot a string of short film and documentaries. The feature film ” Baden Badeb” by Rachel Lang launched her drama career in 2014. Recently she shot the tv pilot of “Comme les autres” for Vincent Lannoo and the film “Moi, maman, ma mère et moi” for director Christophe Lemasne.

Colin graduated from the INSAS film school in 2006 and quickly teamed up with dop Manu Dacosse as part of his regular camera team. After being a focus puller for nearly 10 years and stimulated by Manu he finally made the step to becoming a DOP himself. ” Les particules” by Blaise Harrison, “Pearl” by Elsa Amiel, “Fortuna” by Germinal Roaux and the Jean Philippe Martin film ” Sonar” are amongst his recent feature film credits.

Originally from Belgium, Seppe has been moving around quite a bit, shooting in China, Japan, Hong Kong, Malaysia, Italy, the US, and the UK. Through various commercial, documentary and short film assignments Seppe eventually found drama to be his true passion. Focusing his efforts on this he went on to shoot Sam Voutas’ festival hit ‘King Of Peking’, getting them to travel to various international film festivals and opening some doors to commercial film makers in China. In 2017 this lead to his role as DP on the Mandarin Film Production of Master Z: The Ip Man Legacy – a 30 million US dollar action movie, directed by Hong Kong action legend Yuen Woo-Ping.

Juliette discovered her love for cinematography while visiting her father director Jaco Van Dormael on set during the shoot of his film ” Mr Nobody”. Watching DOP Christophe Beaucarne at work she knew this was it for her. After finishing the INSAS film school she explored the world of experimental filmmaking and theatre. In 2015 she was chosen by director Harry Cleven to shoot his film ” Mon Ange”. The film landed her the 2016 debut award at Camerimage, an ASC spotlight nomination and mention in Variety 2017 cinematographers to watch list. Recently she shot ” Filles de Joie ” directed by Frederic Fonteyne et Anne Paulicevich.

Formed at the INSAS film school, in 2011 Léo sets out to get work experience as a camera assistant on among other films by Ken Loach and Joachim Lafosse. In 2013 he got the opportunity to shoot the feature film ” Tokyo anyway” by Camille Meynard. Recently he shot episodes of the Swiss tv show “Helvetica” and the RTBF production “Champion”. “Papicha” by Mounia Meddour marks his latest feature credit while still shooting documentaries and shorts.

Joachim started his career as a 2nd AC in 2005 on films shot by Robby Ryan, Barry Ackroyd, Kees Van Oostrum, Christophe Beaucarne and Chris Menges. In between jobs he shot documentaries and shorts. On numerous films he was the B camera operator before making his debut as a feature film DOP in 2017 with the film by Guérin Van de Vorst “la part sauvage”. Following this he shot “The mercy of the jungle” by Joël Karekezi, “pour vivre heureux” by Dimitri Linder and Salima Glamine. 2019 sees the release of his latest film “Binti” directed by Frederike Migom and tv series “Pandore”.

Fascinated by wanting to make animation films Olivier makes his way to Brussels at the age of 18 where he discovers the INRACI film school and his new found love for cinematography. While working as a cameraman for events and festivals he tries to make his video images more cinematic. Shooting shorts in Belgium and abroad he trains himself to become a DOP. In 2013 he shoots his first feature “Parasol” which lands him an award for best cinematography at the Magritte Awards. Recent films include “Lola vers la mer” and “Fauves”, and both seasons of the internationally acclaimed the tv show ” La trêve”.