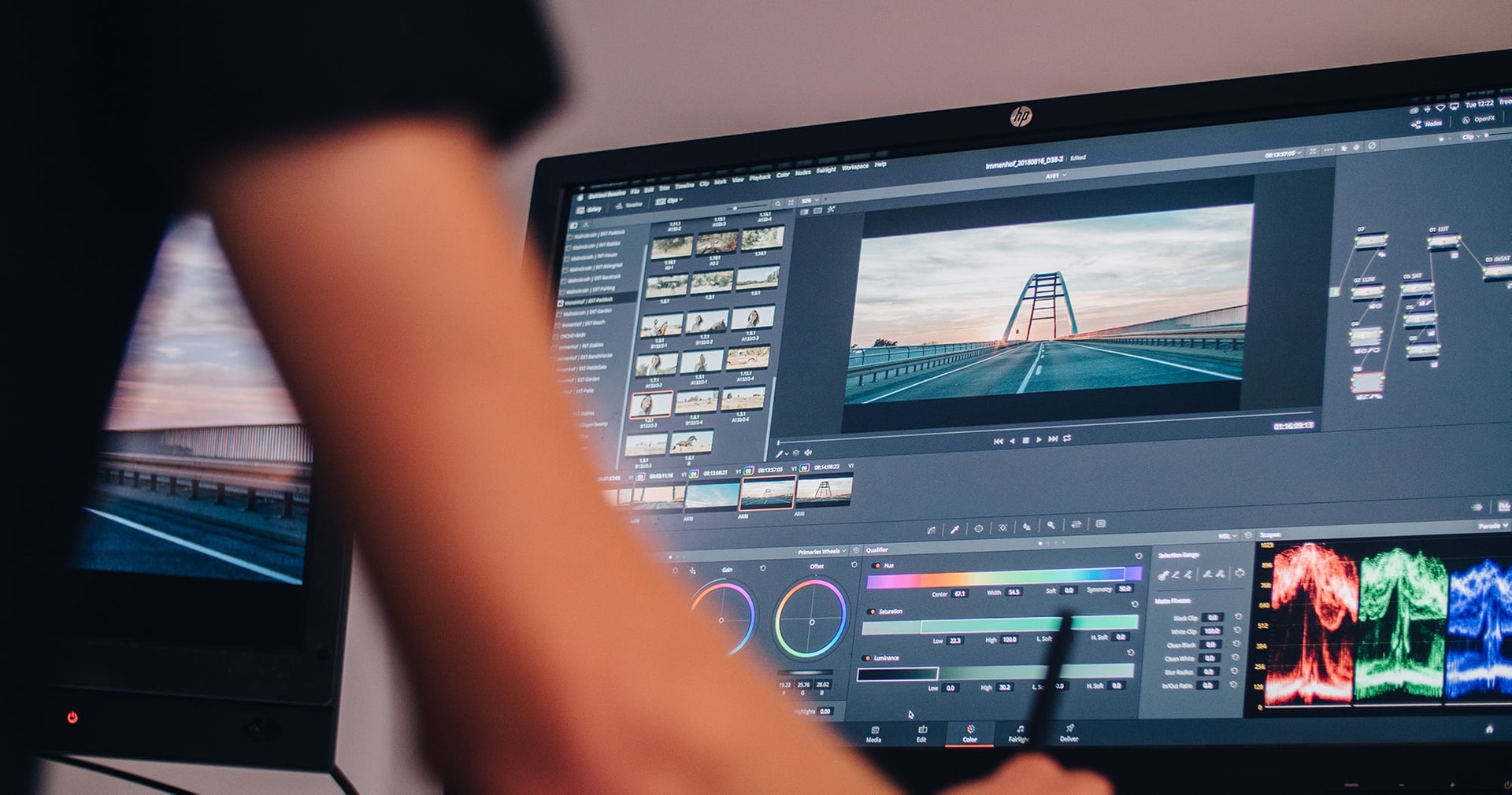 In the complex world of film production and high-end TV productions, the role of the Digital Imaging Technician (DIT) can be very diverse. Depending on the size of the production, the scope and content of the work constantly evolves.

Visual effects, motion graphics and 2D / 3D animation and digital imaging technology, it is something that Jan Hameeuw, CEO of the post production house The Fridge – ACE, already had an extensive experience in. He recently added using an in-house DIT on international film sets and co-productions to the mix. Although most of the professionals in the audiovisual industry start their careers as complete rookies, the role of a DIT requires a strong mix of experience, technical knowledge and human skills. In addition, an almost fanatic dedication to keep up with the latest technical evolutions is a necessary feature. Today, Jan Hameeuw is leading a company  focused on the post-production process, with an emphasis on everything that involves image finishing. 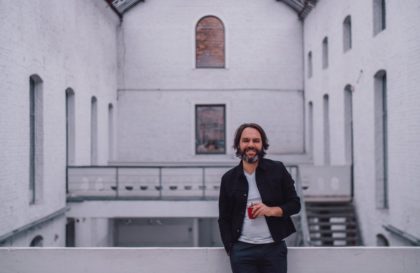 Can you sketch your career, Jan?

JH: I graduated from NARAFI in the late 1990s. During my studies I came into contact with all aspects of filmmaking  (camera, directing, editing, production, script, etc.). This has influenced the course of my later career both on a creative and technical level. My professional career started on the sidelines ( as only a few Belgian feature films were made each year at that time)  in the first online streaming services and web TV productions. After the .com bubble I finally ended up working in  film and TV, aided by a few directors I had befriended. I mainly edited tv drama series and documentaries. But due to the enormous workload, I started dispatching assignments, dividing work among like-minded editors. That is how the ball eventually started rolling. Out of this collective of editors we  grew into a company structure called ‘The Fridge’. The Fridge has evolved into a creative hot-shop for the post-production scene, a company that is being sought after with increasing popularity by high-profile customers in the advertising and broadcast sector. We are known as big enough to offer advanced facilities, while we want to stay small enough to be fun and be open to new ideas. It is a different approach than abroad where companies often make the division between traditional image finishing (online editing, grading, finishing, etc.) and VFX (CG, compositing, etc.). In comparison with the Belgian market, people work very segmented there.

How did you come up with the idea to employ a DIT and offer it in your package as a post-house? (in other words: Why does one really need a DIT?)

JH:  At a certain moment we saw the digital revolution erupt in front of our eyes. The transition from analog to digital started slowly on a consumer level, but quickly became noticeable in a professional context. Camera assistants were, not too long ago, responsible for the handling of film on set, and film labs were given the task of developing. Especially for a line-producer (who is on the set every day) that division of roles until recently was very clear.

This changed drastically in the digital age. Traditional film labs no longer exist, and raw data is being delivered directly to post-production companies.  Oddly enough today we are labeled as ‘digital lab’ by producers, as we take over the task of archiving and processing the source material. The DIT function actually came about because of the specific needs in this new workflow.

Digital carriers are sometimes more difficult to handle than film , a mass amount of files needs to be duplicated very carefully, and customers had no idea what economic impact ‘the careless handling of data’ had: productions that ended up having to do reshoots , data that could no longer be recovered, line producers at the end of their wit’s because an entire shooting day had being jeopardized, you name it!  We concluded that there was clearly a market for DIT’s in Belgium. As we were active on international productions where the recruiting of a DIT in a large production is usually standard, the idea grew to invest in it. We had already explored the idea, and so we seized the right momentum to provide a complete DIT service on a set for the very first time. 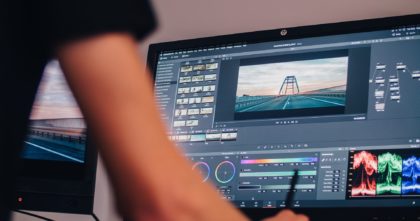 Which responsibilities does a DIT have? And what about the pre-production?

JH: You actually have 3 major pillars within the DIT job package. On the one hand, you have the security of data (data handling) where you strive for a safe resting place for the precious data. Since large amounts of data are processed and copied on film sets, depending on the scale, a heavy responsibility rests on the DIT’s shoulders. We often deal with more than 1 to 2 TB’s per day that must be safely copied. Checksums are performed, a kind of quality control. And then there is also the insurance aspect as insurers demand that different copies of the original data are made.

On the other hand, the DIT also requires a thorough knowledge of the camera equipment. You perform a vital role in the camera department, which involves preparing and implementing LUTs in the camera, and on the monitors that are used on set , maintaining consistency in color rendering.  The DIT also performs the task of an onset colorist, and on large productions the DIT department even has two professionals: someone to process the data and someone who is an extra pair of eyes to support the DOP. For example, he or she keeps an eye on the consistency of the look of the show over multiple scenes and checks irregularities within the frame, etc. And last but not least, the DIT  is the crucial link with the post production.  Rushes are converted to the desired formats in order be able to be consulted by production via a cloud platform at any time, ensuring a daily follow-up of the shoot .

If the director wants to have look at a certain scene that is being picked up a few days later during the shoot, he or she can easily consult this thanks to the DIT. It is an almost indispensable tool for the director when shooting drama.

In pre-production the DIT always consults with production and the DOP about the choice of format, how many cameras are being used and of course with post-production on what workflow is being chosen and why. This exercise is elementary. Almost all international productions that we do involve the DIT in the pre-production phase for input and advice.

And how about the use of a DIT on the Belgian market?

JH: Often the role of the DIT is taken over by the post-production company itself. The disadvantage of this is that you have no control, you can not do checks on the images on set as the source material is being transported to the post-house for backups and conversions. This is done a lot in Belgium, because the driving distances here are relatively small. If you are working on an international co-production for example with the UK, and post production is performed in London, it can take weeks before the images are checked for the first time. Take into account the higher rates in England, the cost of the DIT, in relation to what they get in return, is a foregone conclusion for most producers. In Belgium they still depend on night work, runners who drive around until late, assistants who load images until dawn. If you do the maths, the cost of having a DIT, over the entire production process, will not be higher. In addition, you ensure the security of the images that have been shot. 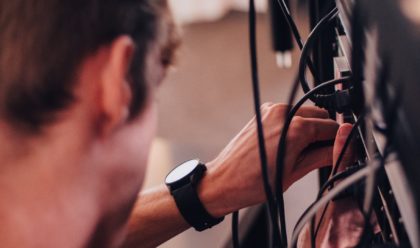 Do producers see all the benefits of the added value of a DIT? How do you convince them of that added value?

JH: A line producer manages the budget of the shoot, the shooting days, but the budget for post-production is allocated differently, so the DIT is added to the production budget as a considerable additional cost, and that is where the issues arise. When you have a post-house handle the DIT service, the line producer will not have to budget the cost of the DIT,  this aspect then falls under the responsibility of the producer. This is a considerable additional cost in the production budget, but digitization costs money, in the form of extra equipment and personnel.

We try to always view the global picture. If there is an additional cost in the production budget by adding a DIT, it will ultimately decrease the post-production budget. For the producer, this results in a mere shift of allocated budget. For a line producer, however, it is somewhat more complex. They are not always aware that the DIT has an impact on the efficiency of the general workflow. Far too often they have the wrong impression that it creates more to-do’s in an already stressful work situation. In the long run, that investment is just a plus for them and we see that realization grow.

We are 100% convinced that offering a DIT service gives an absolute added value to a modern production!