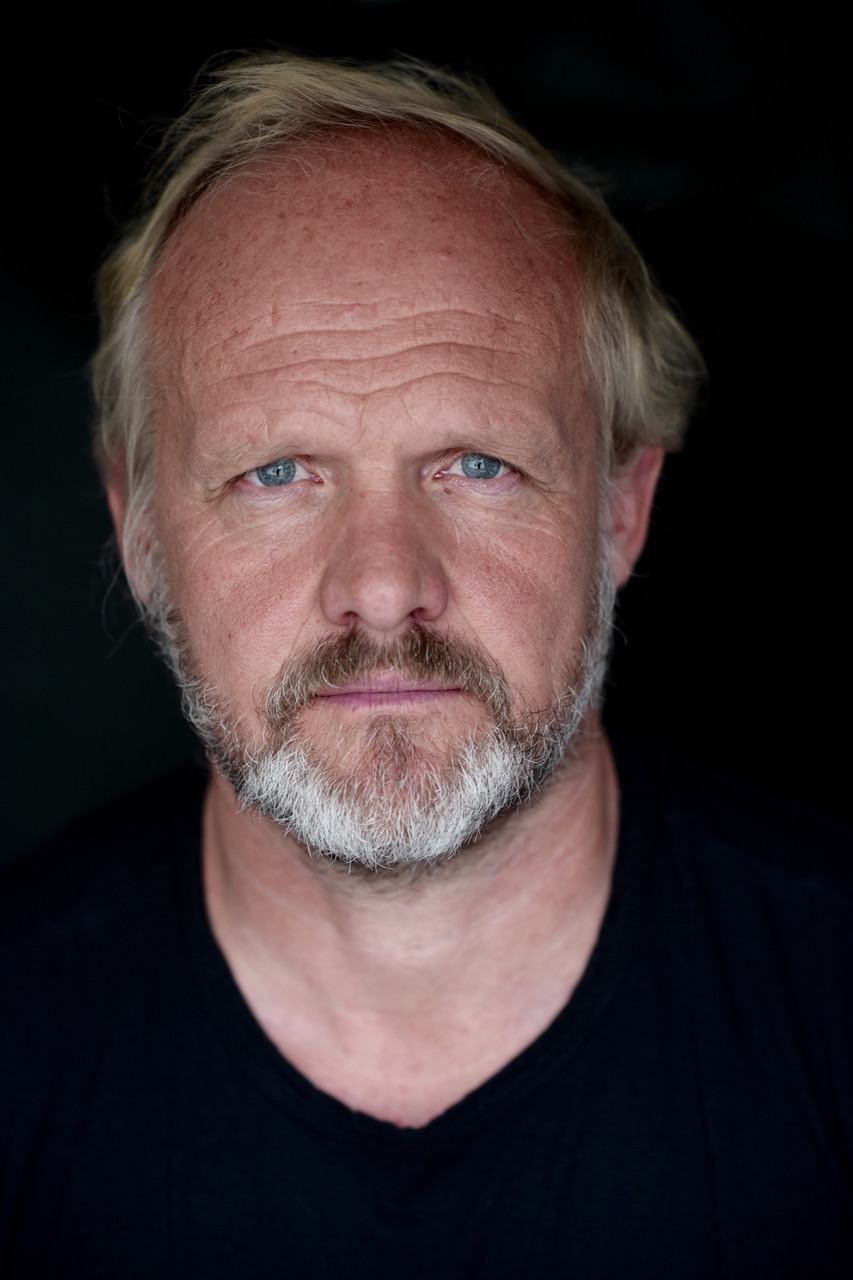 When director Jaco Van Dormael gives 18-year-old Christophe Beaucarne the oral exam prior to his graduating from the INSAS (the famous Belgian film school), neither can imagine that twenty years later, they will be brothers-in-cinema, partners-in-crime on such films as Mister Nobody (2009) and The Brand New Testament (2015).

The INSAS jury is convinced, the young student singled out and the exam passed. With flying colors.

Christophe Beaucarne must therefore leave his large family home in Tourrines-la-Grosse, Wallonia, and move to Brussels. He takes with him the memory of a beautiful childhood spent in the midst of nature but also that of an oft-absent father and a string of baby sitters. He remembers “having grown brutally, literally overnight” when his mother dies. He is barely 10 at the time.

In the 1970s and 1980s, his father, Julos Beaucarne, is a well-known activist-singer. A bard of unfettered love – “one must love wildly and indiscriminately” – an anarchist and an ecologist from the earliest days, he teaches “joy” to his two children – joy despite everything. In a knee-jerk attempt to help them overcome the blow of their mother’s death, Julos Beaucarne, then at the height of his career, decides to enroll his two sons in his year-long, world-wide tour. A wild bet, to put it mildly.

From that unexpected journey which unshackles him from the constraints of a schoolboy his age, Christophe Beaucarne, to this day, has kept a taste for packing up and leaving on the spur of the moment. For when, at the end of that year on the road, he goes back to his studies and his buddies, he does so with a vengeance, spurred by an almost immoderate enthusiasm to learn and a desire to be part of a cocoon-like group. Ultimately, Dad won his bet.

With his sweet, joyful singer of a father and the everlasting memory of his beloved mother, Christophe Beaucarne then decides to live his life at “150 000 per cent.” To the extreme. His teenage years are, therefore, marked by crazy expeditions all over the world – treks in Lapland, skiing in Norway, kayaking and bicycling just about everywhere else. Risking his life repeatedly just to feel, every time, more alive. Sculpting and maintaining his athletic body to test – and challenge – the passage of time. Even now, Christophe Beaucarne had rather whisk away his family to Turkey and drive his jeep within an inch of its life into the most remote mountains than lay lethargic by a swimming pool.

And then, of course, there is cinema. Belgium being too small to sate his appetite, Christophe Beaucarne comes to France on the recommendation of cinematographer Robert Alazraki, a friend of his father’s and as much a charmer as Beaucarne Sr. is. “Like them, I decided to please; 60% of cinema is human relationships.” And the man pleases. A lot. So much, perhaps, that sometimes, he must refrain himself when cravings for a different kind of cinema barge in and make him look in other directions.

He is 29-years-old when luck suddenly strikes. As if life, having dealt him such a nasty blow at such a young age, finally considered his release overdue. At the time, he is First Camera Assistant on Jean-Marie Poiré’s comedy, Les Anges Gardiens (Guardian Angels, 1995). It is the local industry’s biggest budget that year, a French blockbuster-to-be. When the cinematographer suddenly leaves the shoot, the cast and crew are stunned, but quickly realize that Christophe Beaucarne, despite his young age, is the best man to take over in such a short time.

The film turns out to be a big success, the second best at the local box office that year. Without having really dreamed of it, young Christophe Beaucarne now finds himself playing with the Big Boys, in the A-League. Negotiating a second feature as a cinematographer proves all the more complicated as he has just had his second child. So, to make ends meet, he shoots commercials. Biting the bullet, so to speak

Two years later, the long-awaited phone call comes – and it is not just any call. At the other end of the line is Anne-Marie Miéville, director Jean-Luc Godard’s companion, who offers him to come to Switzerland and shoot her next film, Nous sommes tous encore ici (We’re still here).

“It’s the type of cinema I wanted to make,” he says.

He then screens all of Godard’s films, suspecting that the Master, a “mere” actor in Miéville’s film, will watch him closely. He remembers Godard hates grain and decides to use the Kodak 200 Asa which he will try and “boost up” for the interior scenes. Aiming to go for the darker than dark, proceeding by “subtraction of light”, he closes the shutters, allowing rays of light to squeeze through then bounce off reflectors. Godard says to him – in typical godardese – “Are you sure this will leave any trace past the lens?” He “overcomes his fear” and sticks to his guns against the Master. But wait, it gets worse. Jean-Luc Godard sits on board a train, the sun shines bright and casts a direct light on his face. Beaucarne remembers his classes at the INSAS and the many courses that vilified direct sunlight. He pulls out a piece of layer and tapes it on the compartment window to soften the light on Godard’s face. The Master watches him in silence, then comments: “If that’s the way you plan to go, we might as well sit on a chair at Rolle.” Rolle, of course, being Godard’s home town. Beaucarne gets the Master’s point and removes the layer.

Jean-Marie Poiré calls him again to work on Visitors 2, a very big budget movie and a great opportunity for a young cinematographer whose only third feature film this is to be. Deep down, the ever-so-intrepid Beaucarne says to himself “time has come to revolutionize the way comedy is lit!” After numerous and extensive tests, he gets into it full speed. The sanction takes much longer to come but come it does, at the very end of post-production. The producers take over and ban Beaucarne from the timing room. They “lighten up the image” and boost its colors throughout the film, which is exactly what Beaucarne did NOT want to do.

Thirty years and more than forty films later, the memory of that snafu seems distant. Call this a twisted compliment, but Christophe Beaucarne has become such a renowned cinematographer that the French hate to be reminded he is Belgian.

Director Matthieu Amalric is more than a brother-in-cinema: an alter ego. The two men recently completed Barbara, starring Jeanne Balibar, which opened the Un Certain Regard sidebar at the 2017 Cannes Festival. They are so close that, as is the case for old couples, they don’t need to talk much, they know each other so deeply and so well it goes beyond intimacy. They met in 2001 on Le stade de Wimbledon (Wimbledon Stage), one of Matthieu Amalric’s first films as a director. “In one’s life as a cinematographer, one meets two, maybe three directors. Period. With Matthieu Amalric, there is an aesthetic osmosis. It’s beyond incredible.” Barbara is “a hypnotic film” that mixes real archives in 16mm, faux archives shot in super 16 and digital. An enormous pre-production work and a subtle combination of formats which helps shape the narrative while, he hopes, remaining invisible. All through the location scouting process, he shoots, digitally, with his Leica S2, very much in the style of such legendary photographers as Harry Gruyaert, Eggleston or Jeff Wall. On the set, except when “real” Scope is required, Christophe Beaucarne essentially uses Summilux-C. Softness and contrast combined, blur, ergonomics, aperture. Foregone conclusions he hardly bothers to detail. Certainties he won’t even mention. “Merci, Leica,” he simply says. 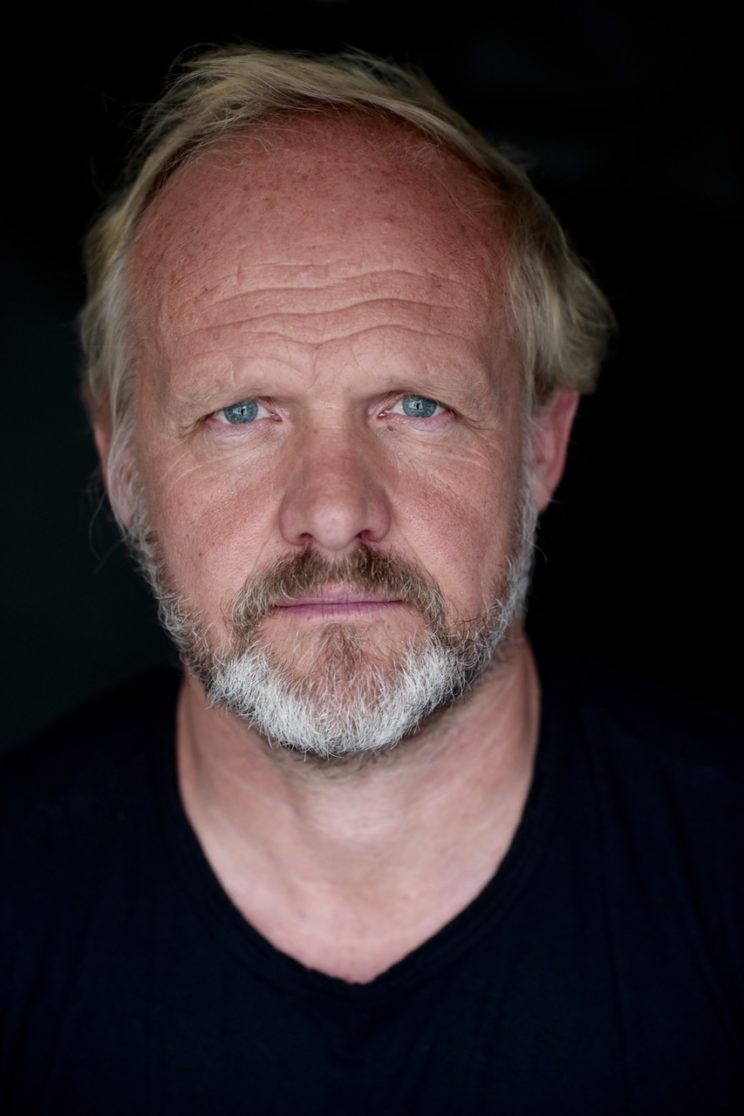 Summits to climb, deserts to cross, tracks to roam on his bike – he has fourteen of them! – there is still a lot more to explore for Christophe Beaucarne to quench his thirst for the extreme. So many films yet to light and serve with the meticulousness and determination that he puts in whatever pleases and attracts him, while still displaying the nonchalance of an expert charmer.

He remembers two films that deeply marked him: Akira Kurosawa’s Dersu Uzala (1975) and Robert Redford’s A River Runs Through It (1992), lit by ace cinematographer Philippe Rousselot. Two films that tell the story of men alone facing the immensity of nature, its hostility…and beauty.

Combining his two passions – cinema and extreme sports in the wilderness – would be tantamount to shooting the moon. He can’t wait for such an offer; it would at last allow him to speak about himself, express what is close to his heart, return to his youth when he’d go wherever the wind or his fancy took him, to risk his life (why the hell not?) without ever looking back.