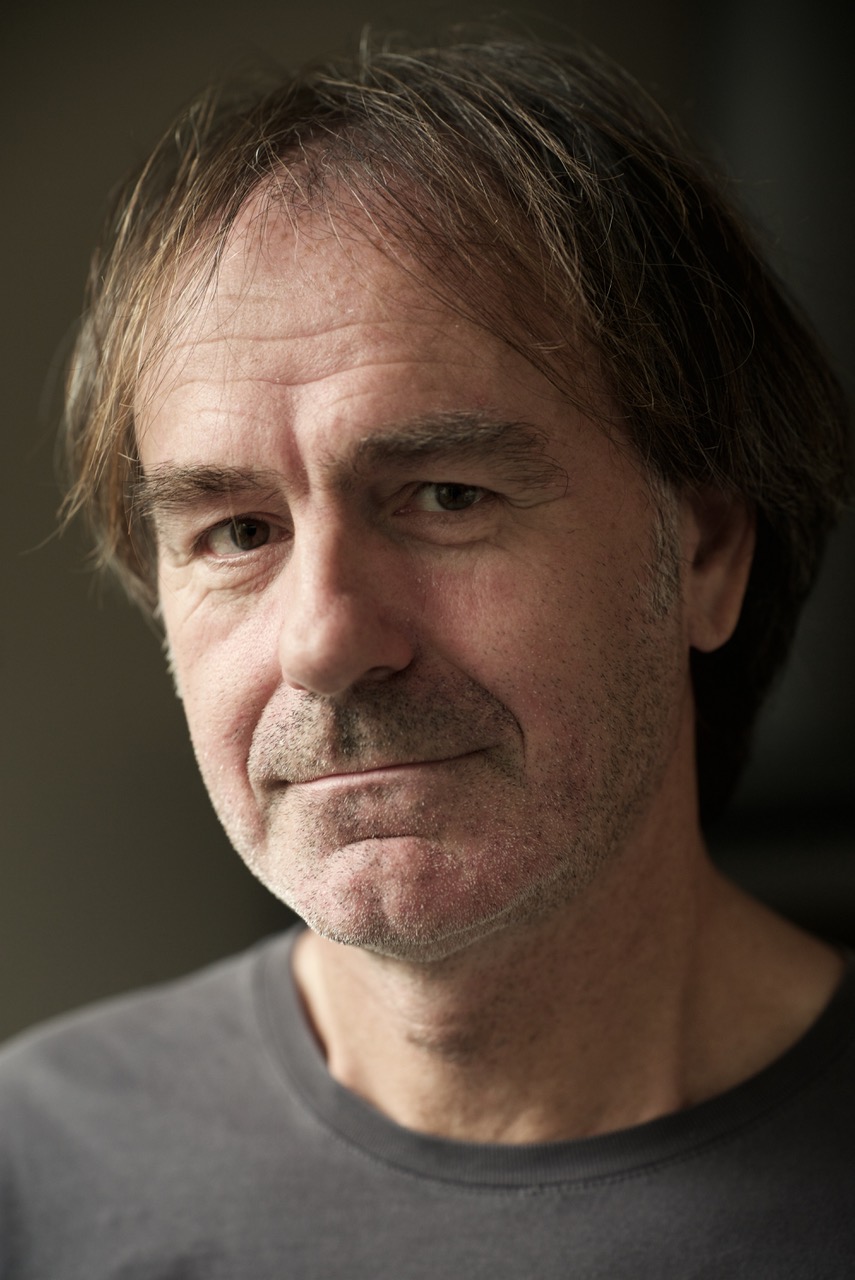 In Liège, a small French-speaking town in Belgium and the self-proclaimed “waffle capital of the world,” a child was born that no one could predict would become an internationally known cinematographer. Like so many kids, that child, Benoît Debie, has a character trait that all parents dread: he hates school. But he also has another trait, far more predominant – and deeply embedded: whatever he undertakes, he is determined to succeed. Although Benoît Debie now recalls those drawn-out years spent reading and writing on school benches as “sheer torture” (and that’s an understatement), he works hard to get good marks and thus, ensure for himself a peaceful childhood and adolescence. Very early on, therefore, that paradox – wanting to succeed in something one hates doing – reveals a character at once flexible and uncompromising, and a perseverance that will definitely serve him later.

At the end of his high school years, Benoît Debie can’t quite decide which profession to take on – eliminating from the outset, however, the kind of jobs that would have him spend his entire life in an office. Having an equal passion for, and interest in, both photography and music (he plays drums), he is torn between image and sound. Finally, it all clicks into place: he decides to enroll in the Image Department of a Belgian film school, the Institut des Arts de Diffusion at Louvain-la-Neuve. After graduating from the I.A.D., at 23, and after two jobs as camera assistant, Debie decides to join a rookie TV channel, R.T.L. that offers him the opportunity to work immediately as a cinematographer. For the following ten years, he will sharpen his claws, as it were, while also moonlighting on short films, video clips, commercials, whatever comes his way. Just waiting for his breakthrough. 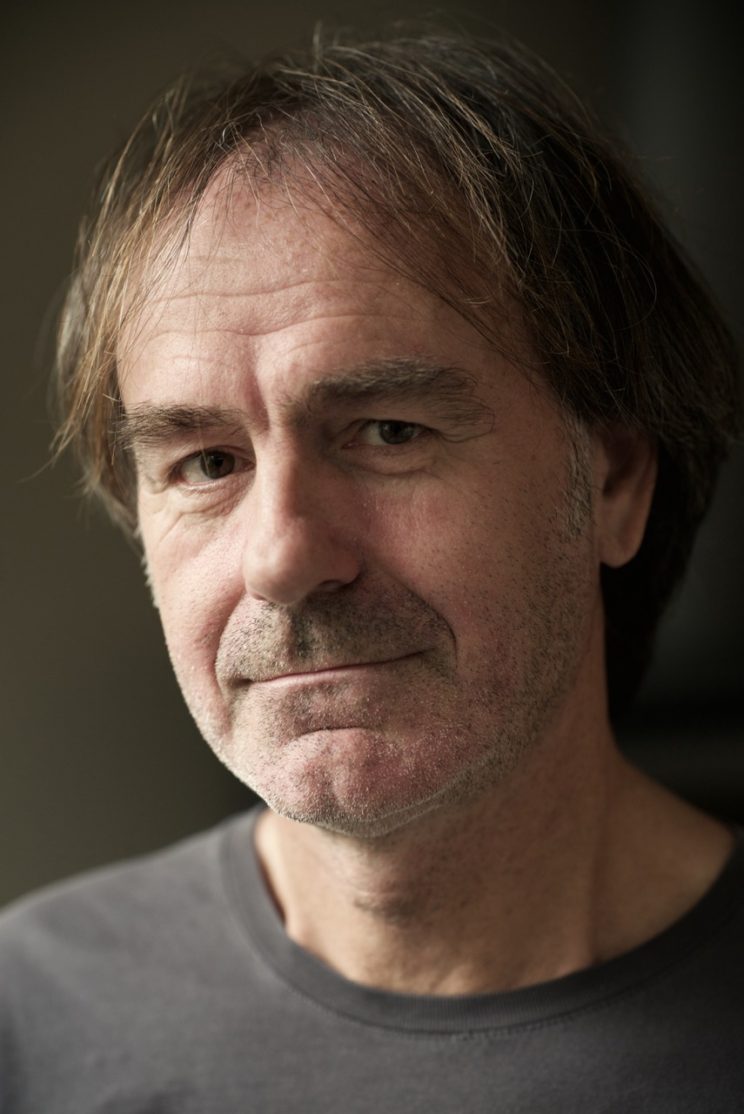 In 2001, as he turns 33, planets finally line up and his life totally changes. He starts a family and is entrusted with lighting Gaspard Noé’s Irréversible, that year’s film event! At the time, Benoît Debie has just lit a short film that is to be screened just before Noé’s feature, Seul contre tous (“I Stand Alone”, 1998). The two men meet at the Brussels premiere and hit it off instantly. Six months later, much to Debie’s surprise, Gaspard Noé offers him to light his upcoming film, starring two international icons, Monica Bellucci and Vincent Cassel. From then on, everything speeds up.

Full of noise and fury, Irreversible instantly becomes the talk of the town for its thirteen-scene structure – six of them sequence-shots, two of which (a rape scene and a murder scene) stand out for their extreme violence and realism. Its world premiere, in competition, at the Cannes Film Festival, causes quite a scandal, but also generates tremendous publicity, which helps turn the film into a huge box-office hit. Right after Cannes, Debie starts working on Card Player, directed by horror-meister Dario Argento whose penchant for dealing with death in a “gore” style is well known.  Eros and Thanatos. The first two feature-film directors he has worked with as cinematographer – Gaspard Noé and Dario Argento – both explore the dark side of man. Yet, they both enjoy working with Benoît Debie, a man with a simple and easy-going manner who claims to be “more instinctive than intellectual.” A textbook case of the attraction of opposites?

A few years later, Benoît Debie and Gaspard Noé meet again on Love (2015), an experimental and erotic (some will say “pornographic”) film that shows the beauty of physical love-making between lovers. While prepping for the film, the ever-so-passionate Gaspard Noé suggests that Benoît Debie and he shoot in 3D, just to two of them – with the actors, of course, but without any crew. Debie patiently reminds Noé that the film must have sound, that the images must be clear and that somehow, someone might be needed to carry the dolly, the extension arm and the two cameras to the upper floors – not to mention the makeup trunks. Luckily, he concedes, they can do without costume design and wardrobe, since the actors are to be naked throughout the film! Ultimately, the crew will consist of about a dozen people. Rule of thumb: they must leave the set when the love scenes are to be shot, for it will then be restricted to the director, the cinematographer and the actors.

Benoît Debie always chooses his lenses with the utmost care. For Noé’s Love, the Summilux-C series was obviously a must because “when you do 3D, you need perfect lenses.” Having already used them on Wim Wenders’ Everything Will Be Fine, he knows that, with their light weight, their identical size for all focal lengths and their minimal flare, they ideally suit a film that aims, first and foremost, to magnify the actors’ naked bodies. “The Summilux-Cs give both a precision and an elegant softness to the skin”. Love is the two men’s third collaboration and the ritual is always the same. Noé personally puts some final touches to the set, then Debie sets up the lights. When that is done … the director changes it all. “If I go for a dominant red, he’ll tell me to try green and … I’ll go green. I serve the film before serving myself.” Sometimes, Debie’s mere abiding by the director’s wishes makes the latter spontaneously change his mind and accept his cinematographer’s choice. Or not.

“Sometimes, frustration allows me to be creative.” Another director has just entered Benoît Debie’s professional life. The man is legendary filmmaker Jacques Audiard and the feature a (very) dark western, Les Frères Sisters (“The Sisters Brothers”), which co-stars Jake Gyllenhaal and Joaquin Phoenix. Initially, Audiard states that he wants his movie – the action of which takes place mainly inside a forest – to be “a pitch-black film with a pitch-black image.” Benoît Debie – who never says no – decides to take that exciting order to the letter and sets up a night shoot in some woods with actors sitting in front of a camp fire. He lights up the forest, lights up the actors and starts shooting a rather classic scene. Then he kills the forest lights off, shoots a bit, kills the lights off on the actors, shoots some more, finally asks someone to kill the camp fire and finishes the scene. Cut to the screening room the following day, as they all watch those ‘dailies’. When it gets to the final segment… the actors are plunged in total darkness. The screen is, indeed, “pitch-black”. The attendees burst out laughing, Jacques Audiard begins to grasp how difficult Debie’s work will be and publicly thanks him “for his incredibly strong character that drives him to never let go, and bite the bullet whatever the circumstances”. To try and solve the conundrum of some specific scenes, Benoît Debie decides to take still shots with a new Leica lens that is part of the M 0.8 series – the Noctilux 50mm, a mythical lens from the 1960s that opens at f: 0.95 and was retooled for cinema. Replicating the set-up he used for the ‘pitch-black test’, he first shoots the forest at 6 frames per second at f: 0.95; then, without moving the camera, he shoots the two cowboys by the camp fire at 24 frames per second – the two “passes” are subsequently combined in postproduction…

Once The Sisters Brothers (finally) wraps, Debie flies to Miami for The Beach Bum, to be directed by Harmony Korine with whom he made Spring Breakers in 2012. Much to Debie’s delight, The Beach Bum is to be shot in 35mm. Silver-based film stock. Total rapture. A feeling that also fills him when he takes still photographs with his old Leica M7.

Back to the future. Benoît Debie is now more and more attracted to the idea of shooting only on silver-based stock, going back to a time when cinematographers were demi-gods who spent an entire day on ONE shot! It is hard to imagine he turned down Nicolas Winding Refn’s Drive or a certain $200 million film or major perfume commercials – about which he simply says, with a modesty all the more enchanting as it is at such odds with his talent: “I’m always surprised to have gotten as far as I did.”

Then try and imagine that phone call from actor Ryan Gosling (with whom he collaborated on Lost River, Gosling’s directorial debut) offering him to shoot his second film in the summer of 2018… Yes, try and imagine – and start holding your breath…